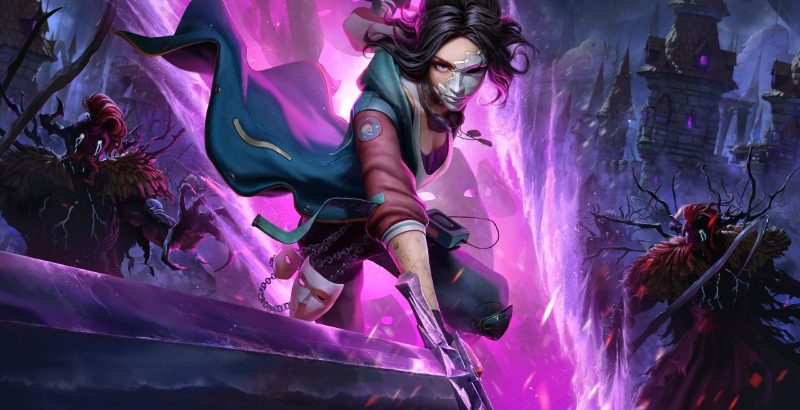 All in! Games, the publisher behind titles like Ghostrunner and Chernobylite, revealed its first internal studio, Ironbird Creations, during today’s Gamescom Opening Night Live showcase. It also unveiled a 30-second teaser for its first game, Phantom Hellcat, a Nier-inspired hack-and-slash action-adventure game coming to PlayStation/Xbox consoles and PC.

“Break a leg as Jolene, a rebellious young woman who makes the grave mistake of breaking the seal upon a cursed theater filled with dangerous dimensions full of pompous props,” a press release reads. “The theater’s seal holding back the darkness weakens until the evil trapped within takes Jolene’s mother hostage. Soon, twisted stories of humanity will begin to escape and wreak havoc upon the world.”

Check out Phantom Hellcat for yourself in the teaser trailer below:

As you can see, this new IP seems heavily inspired by Nier: Automata, specifically the end of the amusement park segment in the game.

“Claim a stake in a Transylvanian Bibliotheque castle possibly full of vampires,” the press release reads. “Venture across other theatrical plays inspired by pop culture and ensure Jolene has the starring role in them all, no matter who she has to cut down. Turn the surroundings and props from these worlds into extra weapons to use against enigmatic enemies as well as opportunities for character growth.”

As far as hacking and slashing go, it looks stylish and fast-paced, which is a plus. Jolene also has access to various skills and stat changes by way of utilizing the powers sealed within mysterious character masks. The game will also feature dynamic camera-perspective shifts from 2D to 3D and vice versa.

Ironbird Creations’ creative director, Norman Lenda, says the team has a lot of nostalgia for the era of action games from the 2010s and wanted to revisit that era together.

“Lately, action games have leaned more toward the ‘Soulslike’ and ‘Roguelike’ subgenres and are missing the classic DNA,” Lenda writes in the press release. “Phantom Hellcat will bring the hack-n-slash title back to their roots.”

Currently, however, the game does not have a release date.