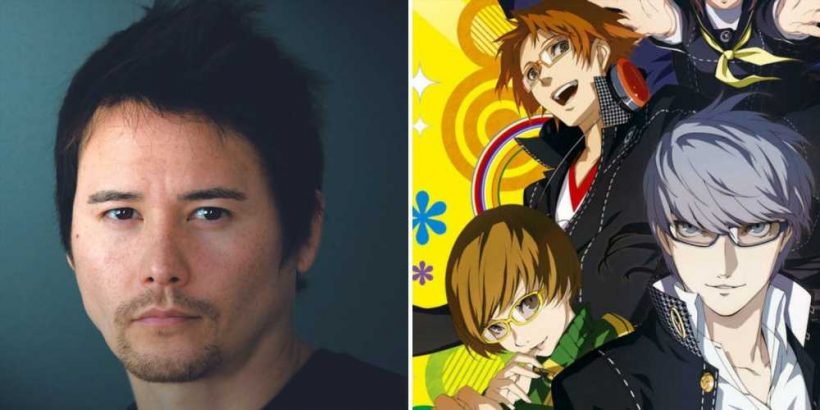 As one of the biggest games in the series, it would surprise no one to hear that there is a veritable army of voice actors who bring the town of Inaba in Persona 4 to life. Every member of the Investigation Team, as well as more than a few of the secondary characters they interact with, is voiced by an extremely talented actor, whether they are an industry legend with a massive fanbase or a smaller but no less talented name.

An expanded re-release of the original Persona 4, Golden features many of the original cast reprising their voice roles. However, a few characters were recast for Golden, providing a new take on the iconic characters. 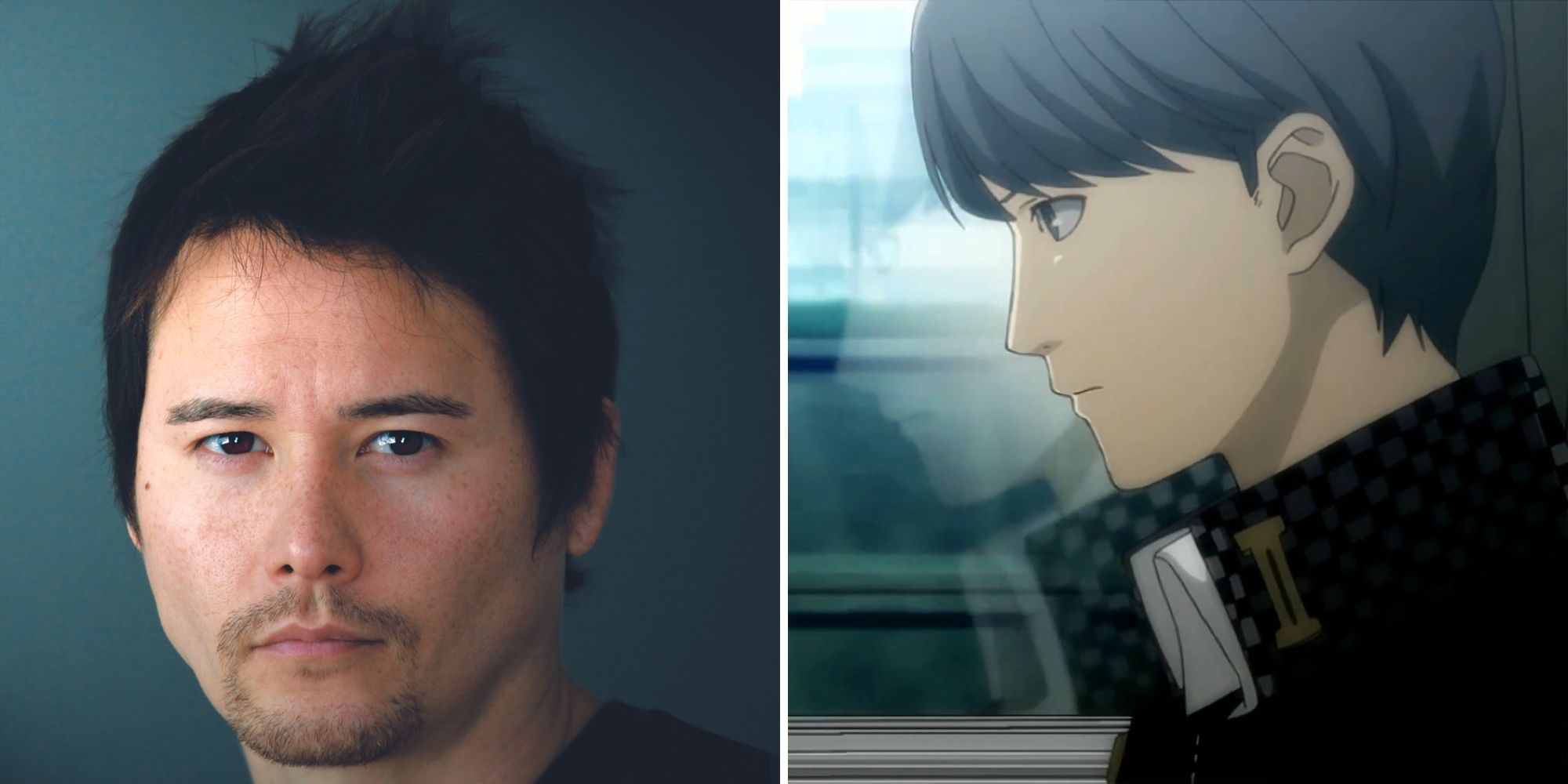 Every story needs a protagonist, and the taciturn Yu is the hero of Persona 4. Voiced by Johnny Yong Bosch, Yu does not say much, outside of combat grunts and taunts, which leaves the actor with little to do when compared to the other actors. However, Yong Bosch still manages to give Yu some personality, even if the character is designed to be somewhat of a blank slate.

He also voices Tohru Adachi, a police detective who works on solving the murder case alongside Dojima. Adachi appears frequently in the story, often as a supporting presence to the Investigation Team. Yong Bosch really brings the character to life, imbuing him with a friendly personality, as well as a sinister presence when Adachi's true motivations are revealed. 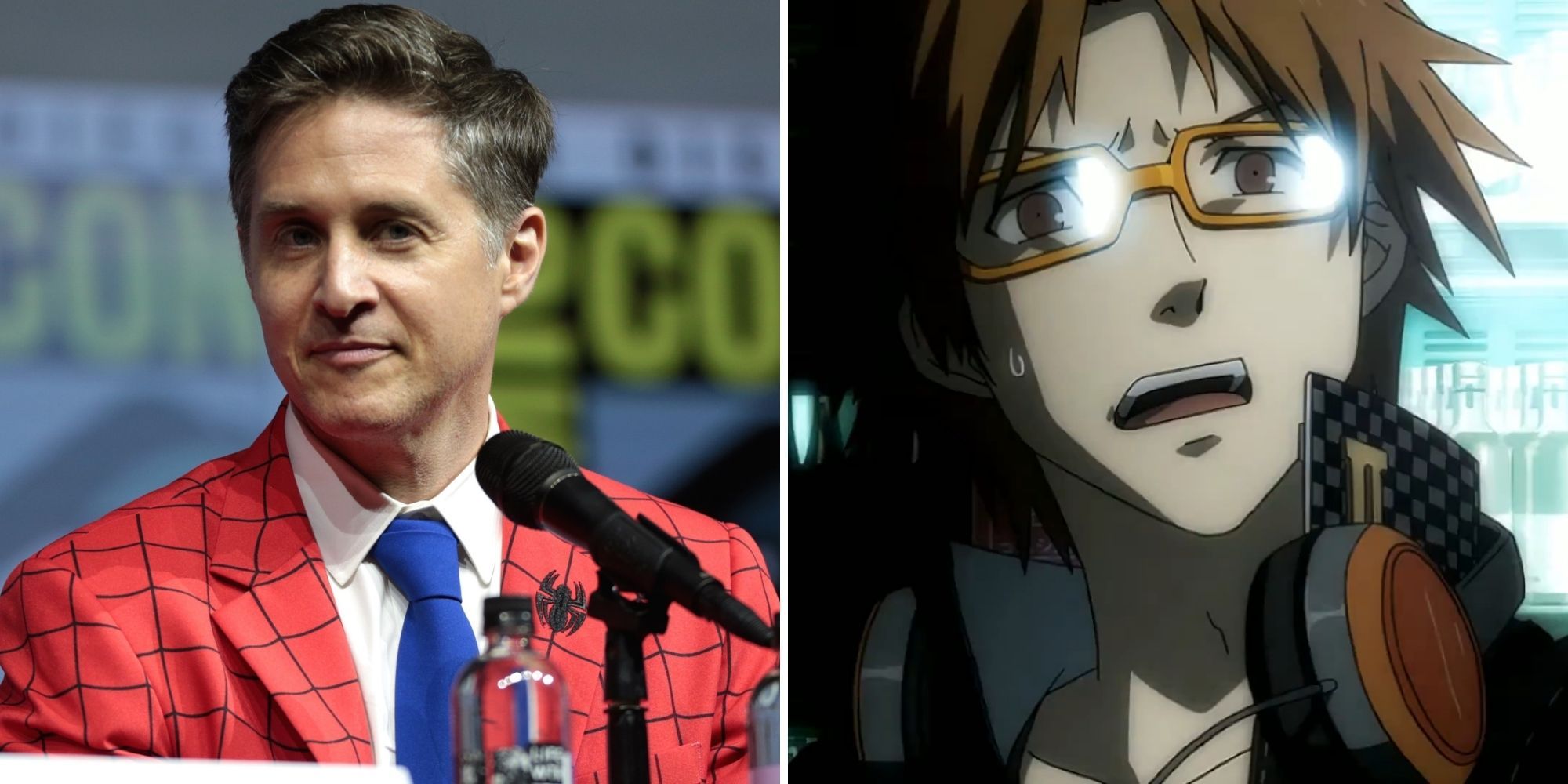 One of the first friends that the main character makes when they arrive in Inaba, Yosuke often serves as one of the game's main sources of comic relief. Often depicted as being rather down-on-his-luck, he is one of the driving forces behind the formation of the Investigation Team.

He is voiced by Yuri Lowenthal in both the original and Golden versions of Persona 4. Lowenthal is an experienced actor with many roles under his belt including that of Spider-Man in the Playstation exclusive game of the same name, even providing facial capture for Peter Parker before and after his redesign. 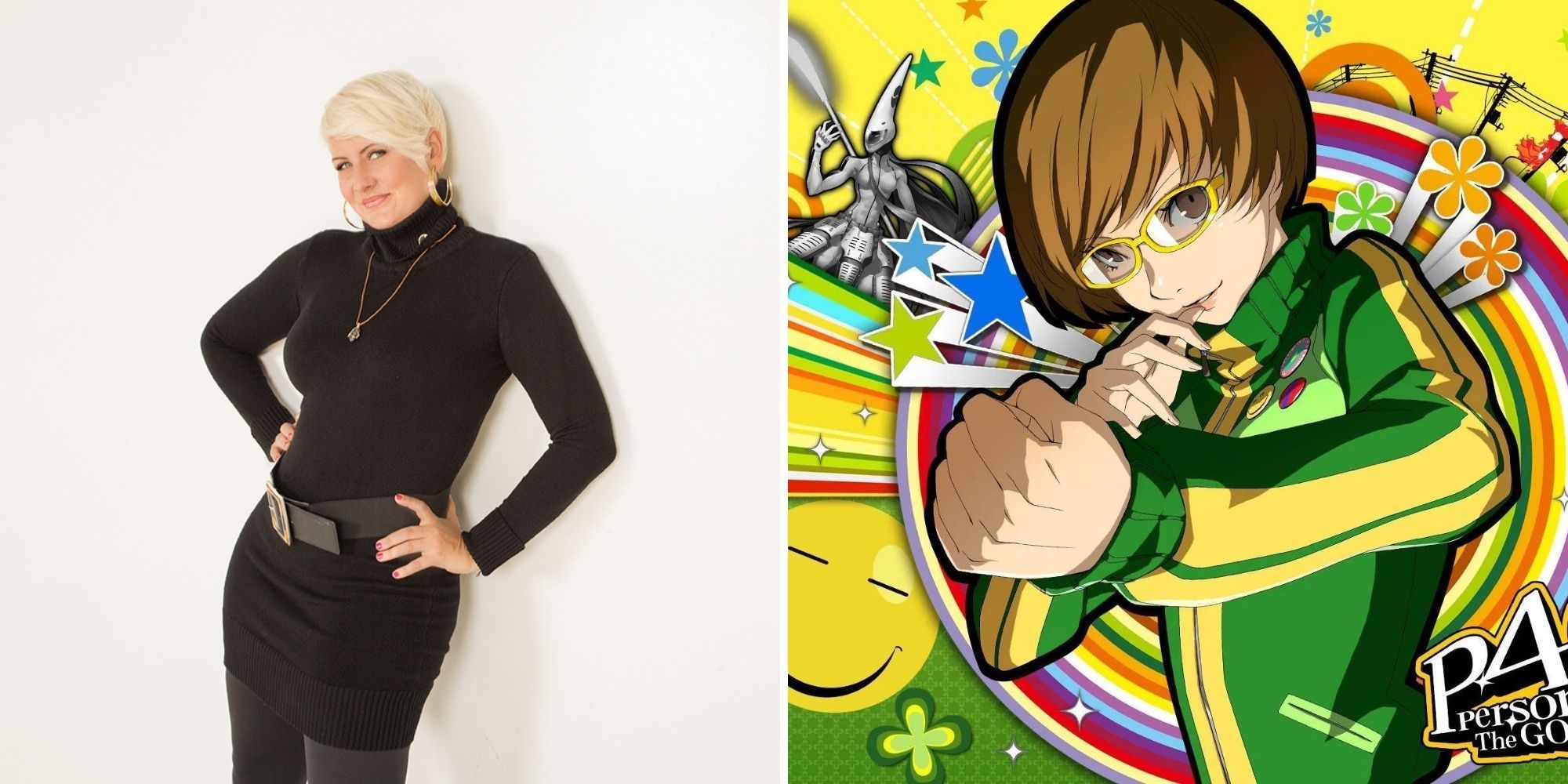 Another of the original members of the Investigation Team, Chie is an energetic girl who has a deep love for martial arts films and steak.

Chie was voiced by Tracey Rooney in the original version of Persona 4, with Erin Fitzgerald taking over the role from Persona 4: Golden onwards. Fitzgerald managed to give a performance similar to Rooney's, whilst still making the role her own, crafting a slightly more lively version of the character that fans still love to this day. 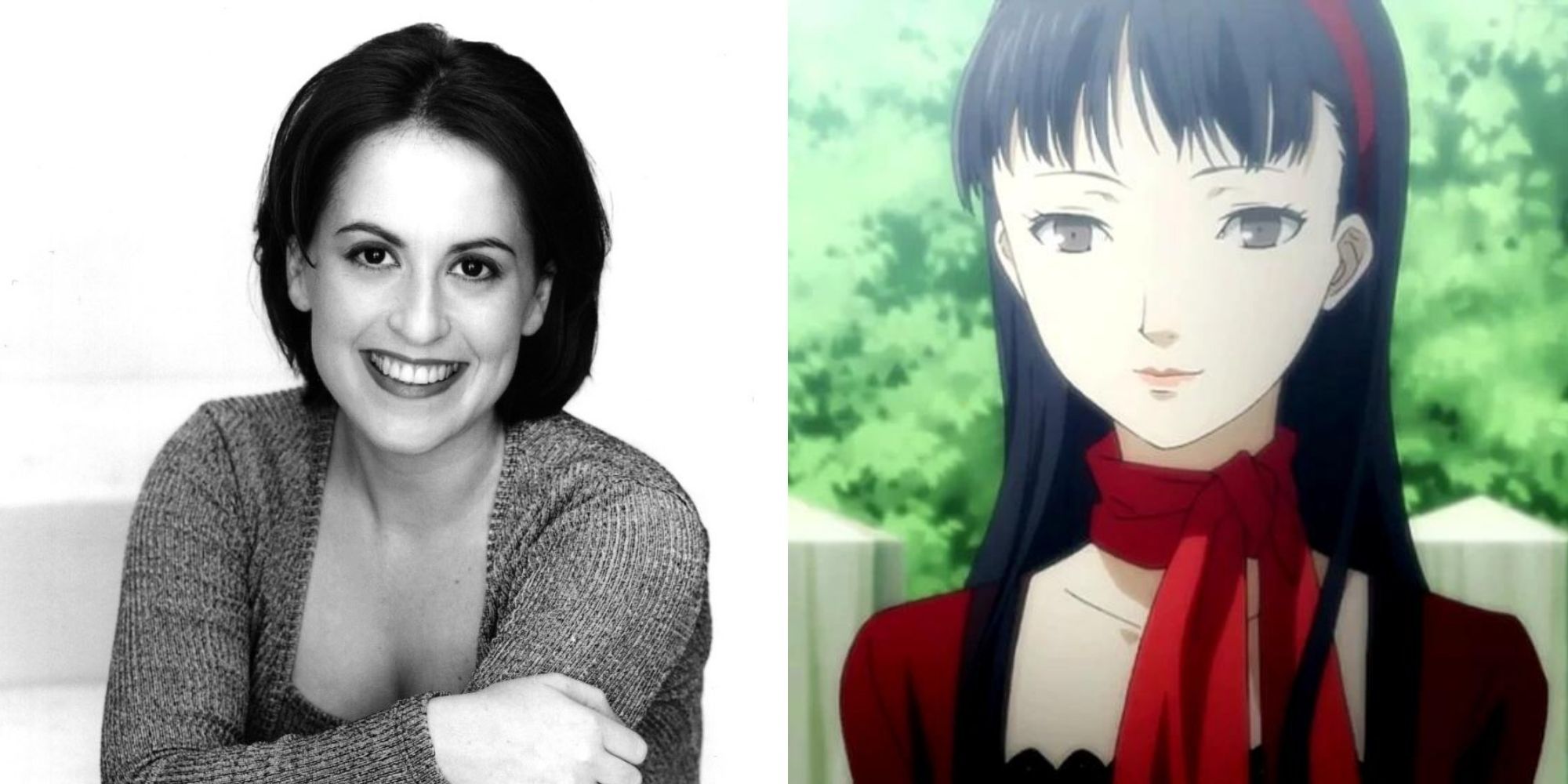 Chie's best friend and heiress to a local inn, Yukiko's often prim demeanor is contrasted by her strange sense of humor. She is voiced by Amanda Winn-Lee; a talented voice actor who has mostly taken a step back from acting recently.

She has appeared in other games in the Persona series and is perhaps best known as the voice of Rei Ayanami in the original English dub of Neon Genesis Evangelion. 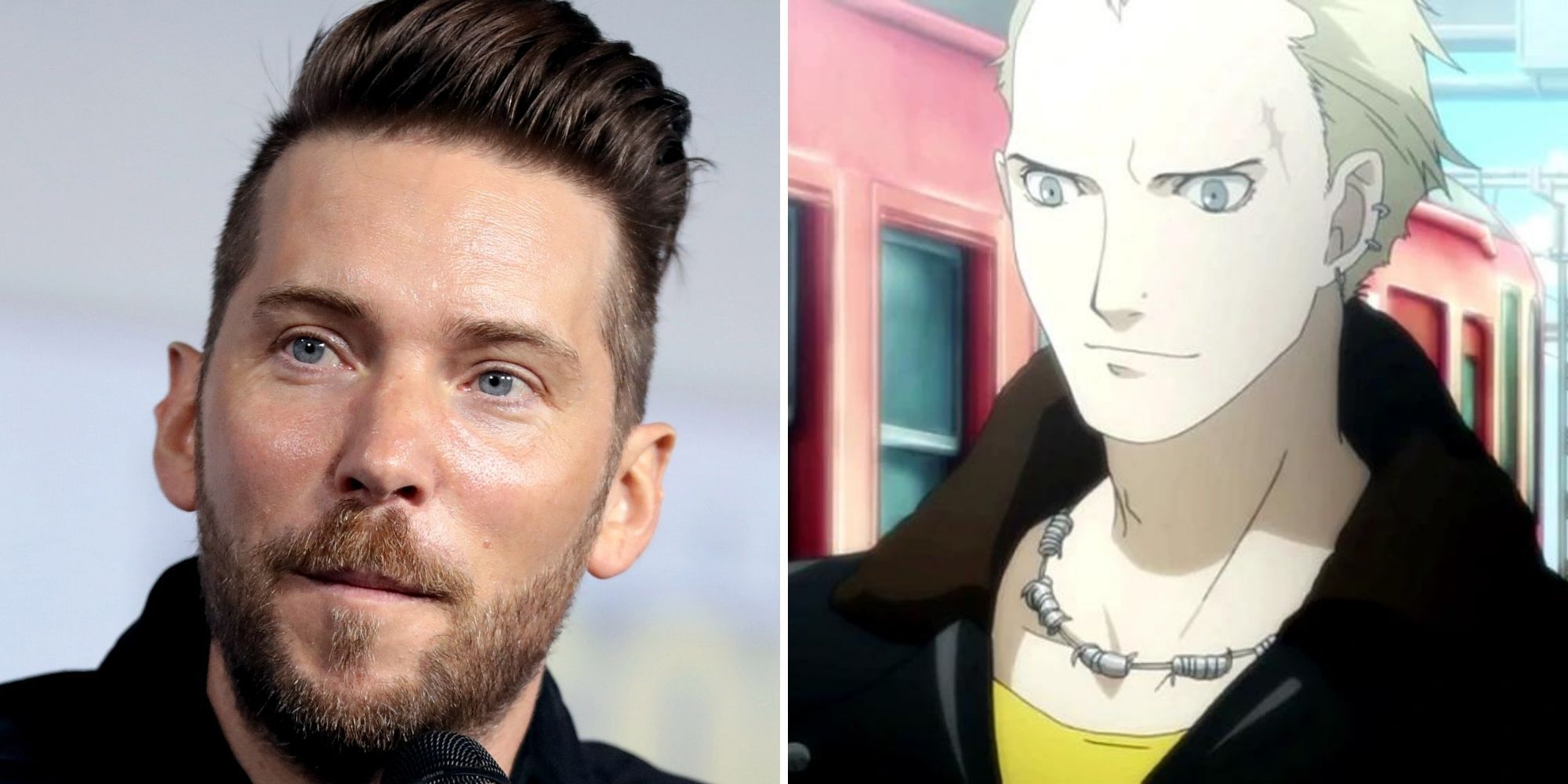 Arguably the biggest name on this list, Troy Baker voices the local delinquent Kanji; a troubled boy with feminine interests, that he hides under an aggressive and unruly exterior. Baker is a prolific actor, with roles in anime, video games and western animation.

Baker is also a musician and has released several albums of his work. He has also given musical performances in several of his video game roles, such as singing "Will The Circle Be Unbroken" in Bioshock: Infinite, and "Cold, Cold Heart" in Batman: Arkham Origins. 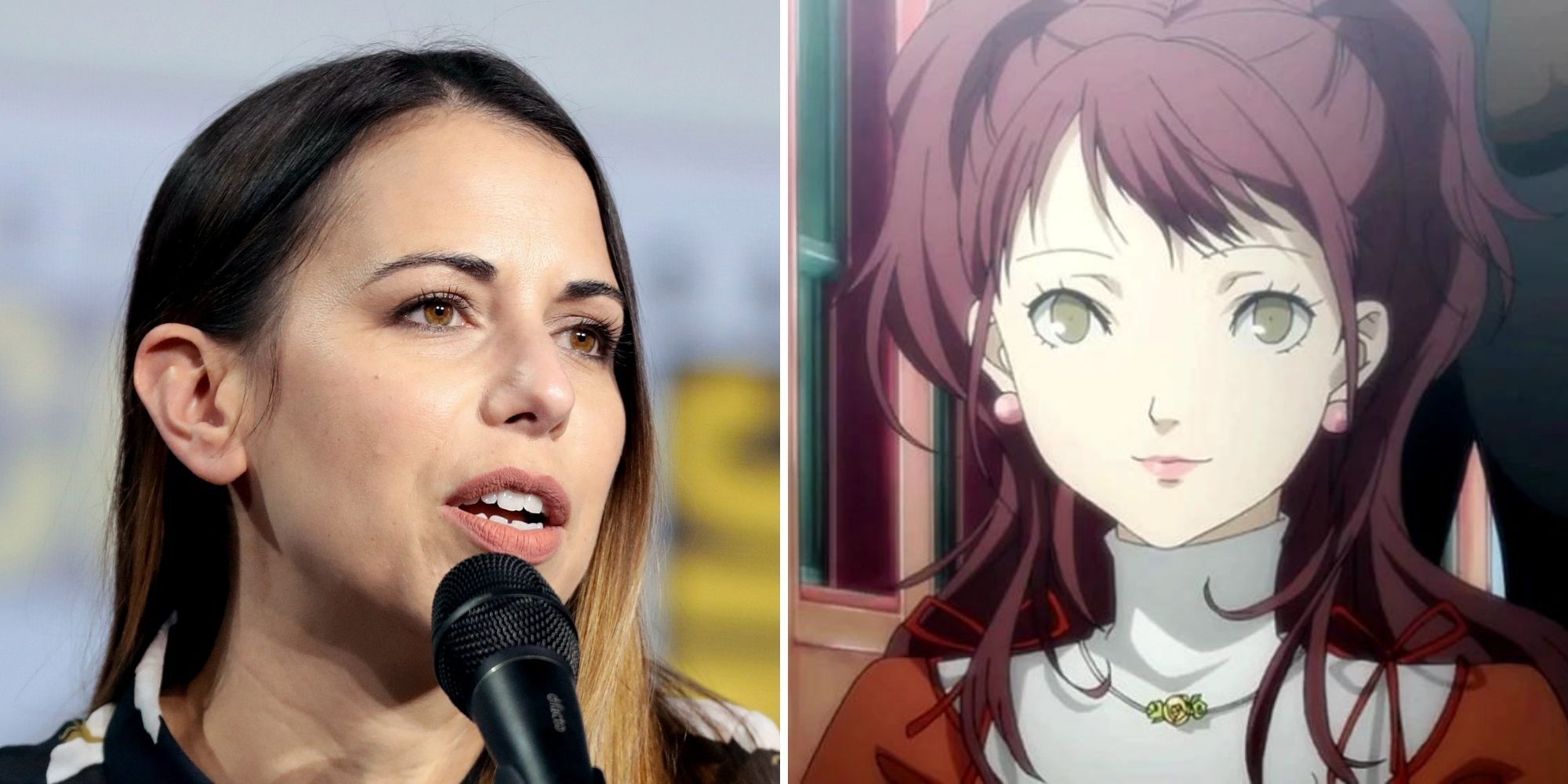 Another big name in the voice acting world, Laura Bailey voices the young idol Rise Kujikawa. Bailey has an expansive resume of work and possesses an equally impressive vocal range; able to give convincing performances as tough action heroes, seductive femme fatales, innocent young women, or anything in between.

She is arguably best known these days for appearing on the Dungeons and Dragons web series Critical Role, alongside fellow cast members Matthew Mercer and Sam Riegel. 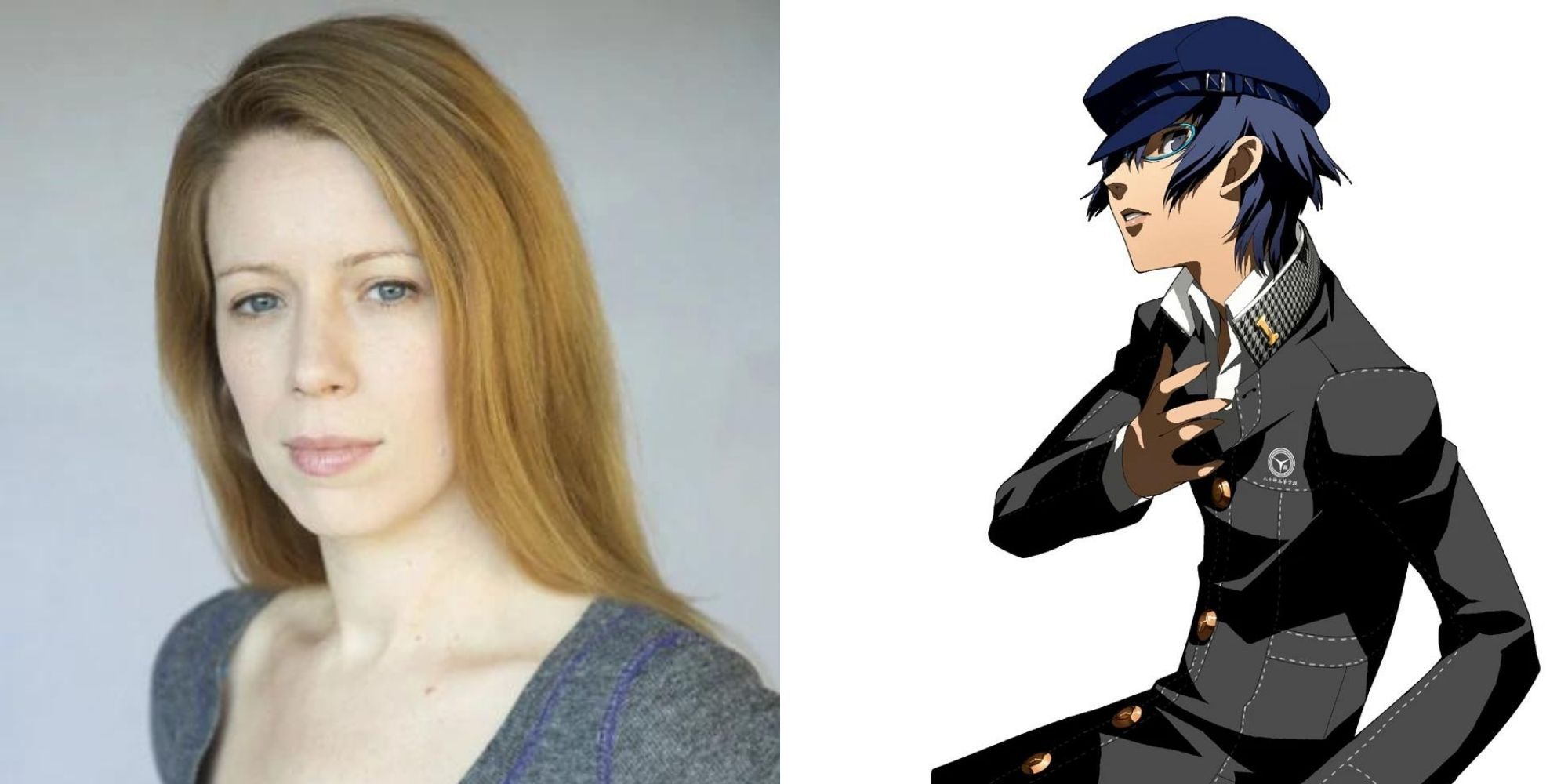 Appearing sporadically throughout the first portion of the game, only to later join the Investigation Team, Naoto is an interesting character that a lot of fans hold in high regard. She is voiced by Anna Graves; a fact that was only explicitly confirmed in 2018.

Alongside Naoto, Graves has performed countless other voice roles, primarily in animated shows, such as Duchess Satine Kryse in Star Wars: The Clone Wars and Ina Leifsdottir in Voltron: Legendary Defender. 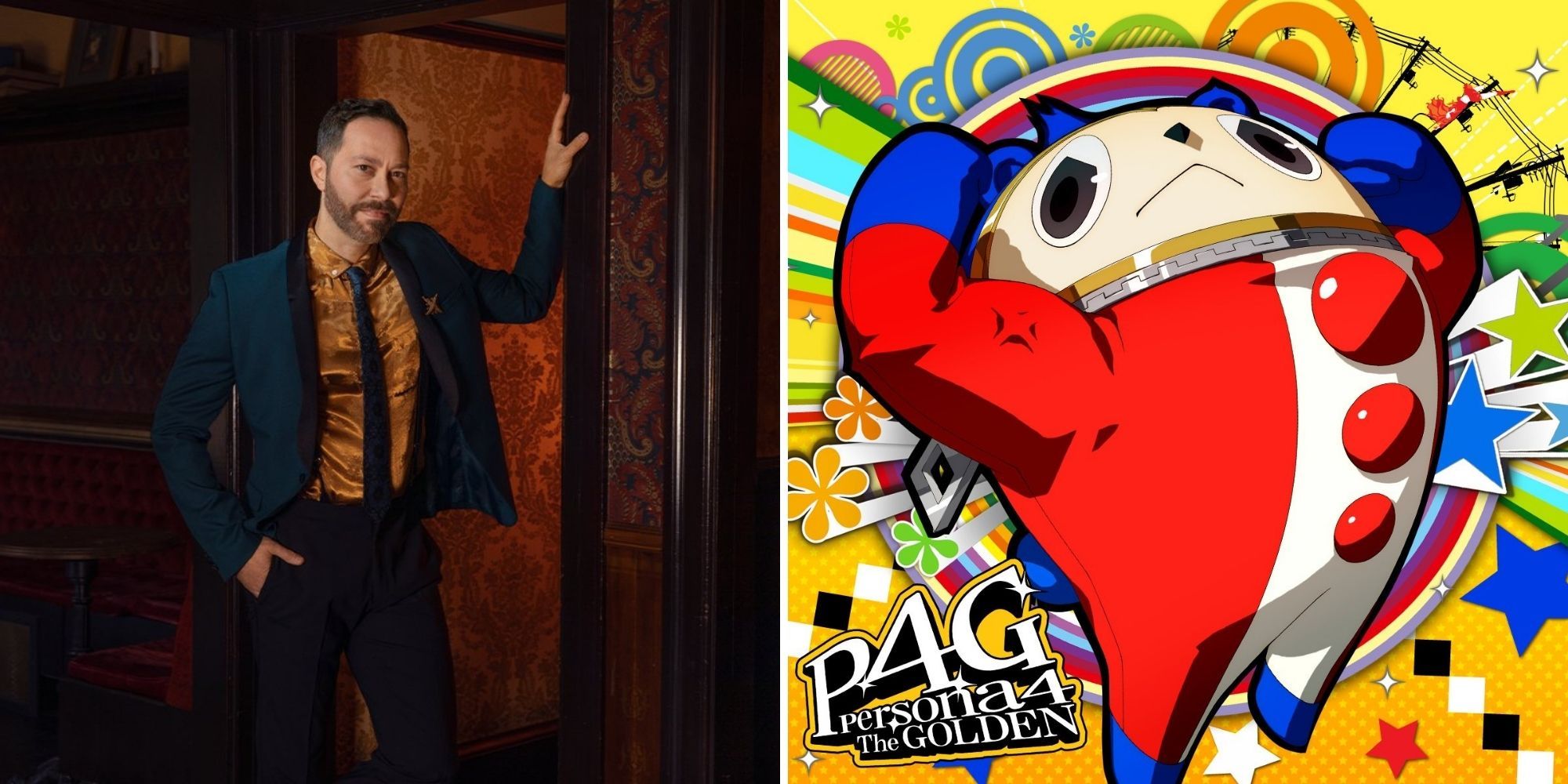 A voice actor that you have probably heard in a bunch of things, whether it be anime dubs, video games, or western cartoons, Sam Riegel voices the lovable bear Teddie in Persona 4 Golden, taking over from his original voice Dave Wittenberg. Interestingly, Riegel provided additional background voices in the original version of Persona 4, which can still be heard in Golden.

Riegel primarily works as a voice director these days, but still appears in some video games. He also appears on Critical Role. 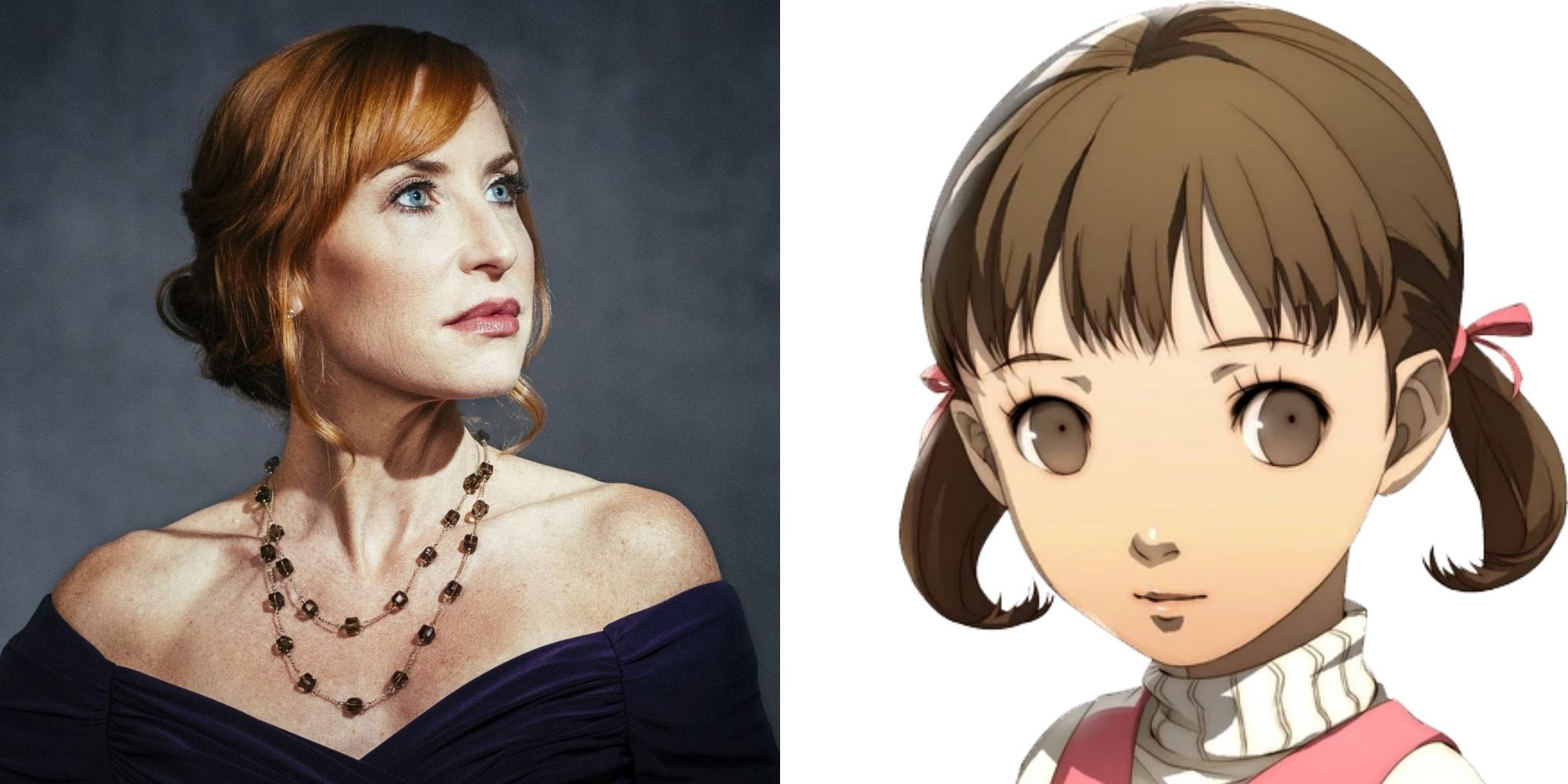 Child characters are often hit or miss in video games. On one hand, they have to be sufficiently child-like and innocent to create a convincing performance, but on the other, this can lead to the audience finding the character annoying. This is not the case with Nanako Dojima, Yu's cousin and the daughter of Ryotaro Dojima.

Nanako is voiced by Karen Strassman, who does great work ensuring that the character is charming and likable, without becoming insufferable. 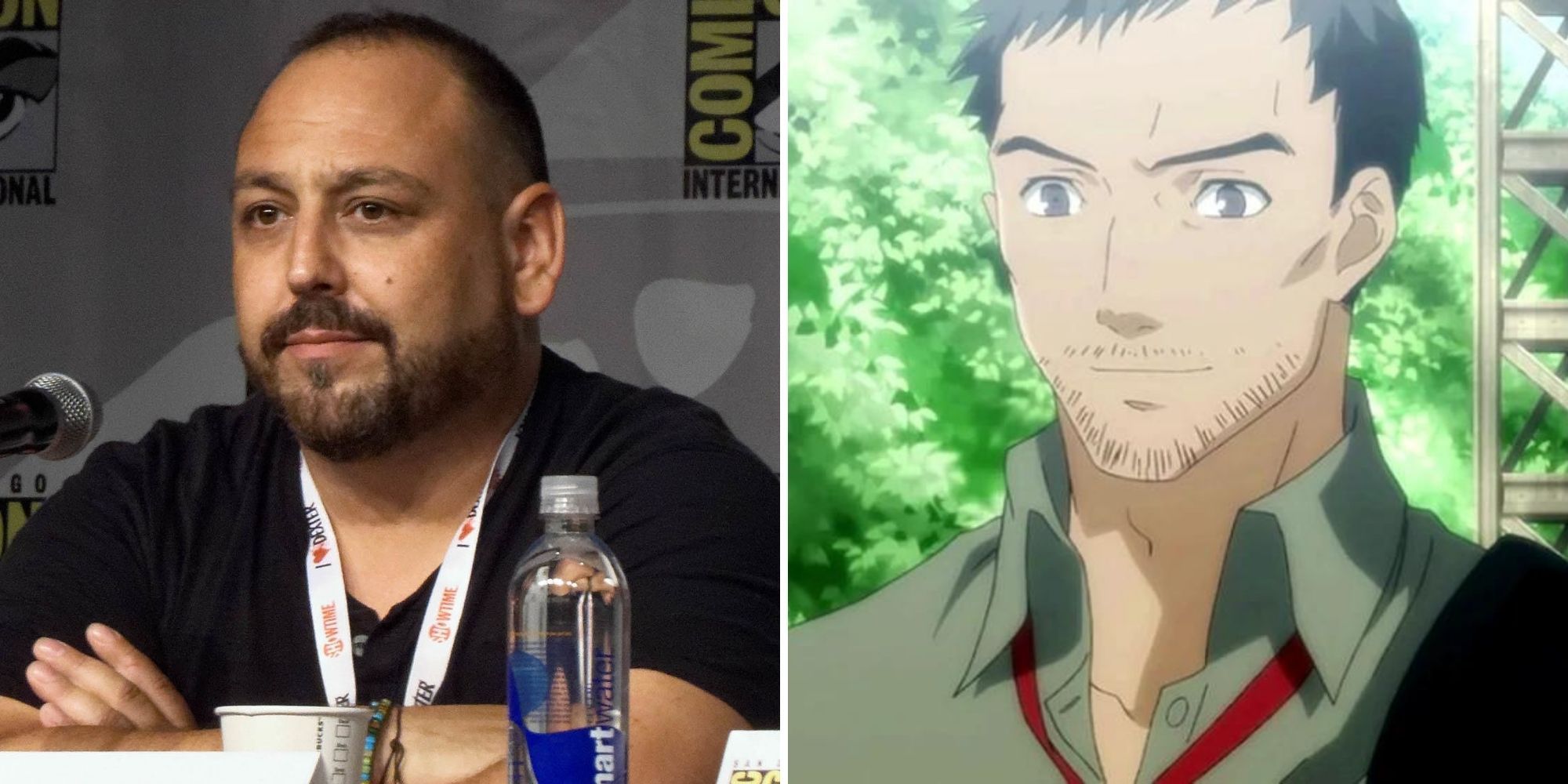 Nanako's father and Yu's uncle, Ryotaro is a detective who takes the former in while Yu's parents are away. He is voiced by JB Blanc, a talented actor who imbues Dojima with a commanding presence, whilst also letting his friendliness and occasional regret shine through a tough exterior.

Blanc is an incredible actor, with his credits including Caustic from Apex Legends and, more recently, Vander in Arcane. 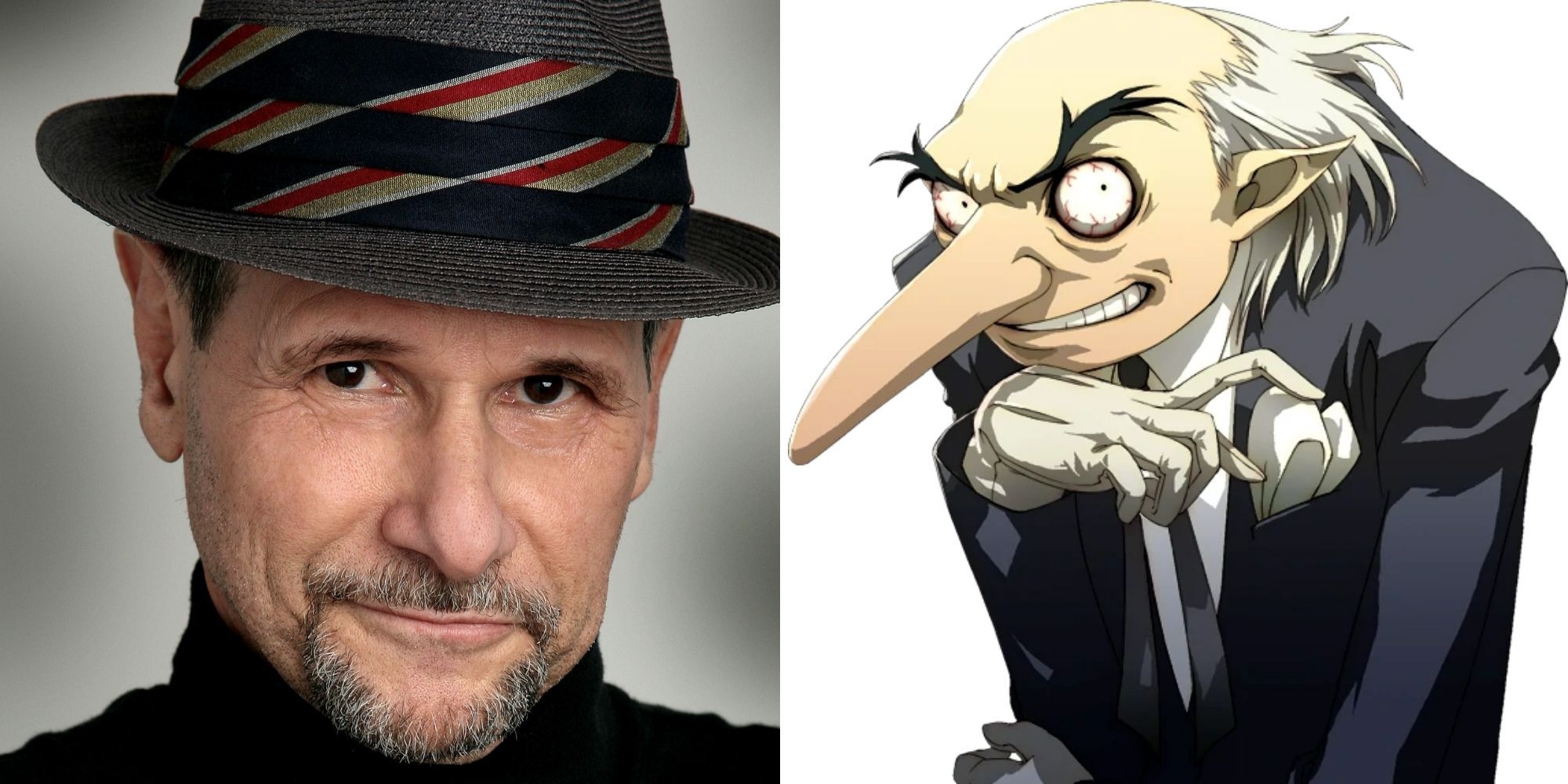 Probably the closest the Persona series has to a recurring character, Igor is the master of the Velvet Room, where the player goes to examine their personas between dungeons. Igor is voiced by Dan Woren, who gives the character an imp-like, almost mischievous voice that contrasts his otherwise sinister appearance. The character acts as a guiding presence throughout the game, something that Woren conveys effortlessly.

Woren also voiced Igor in Persona 3; he would later be replaced by Kirk Thornton in Persona 5. 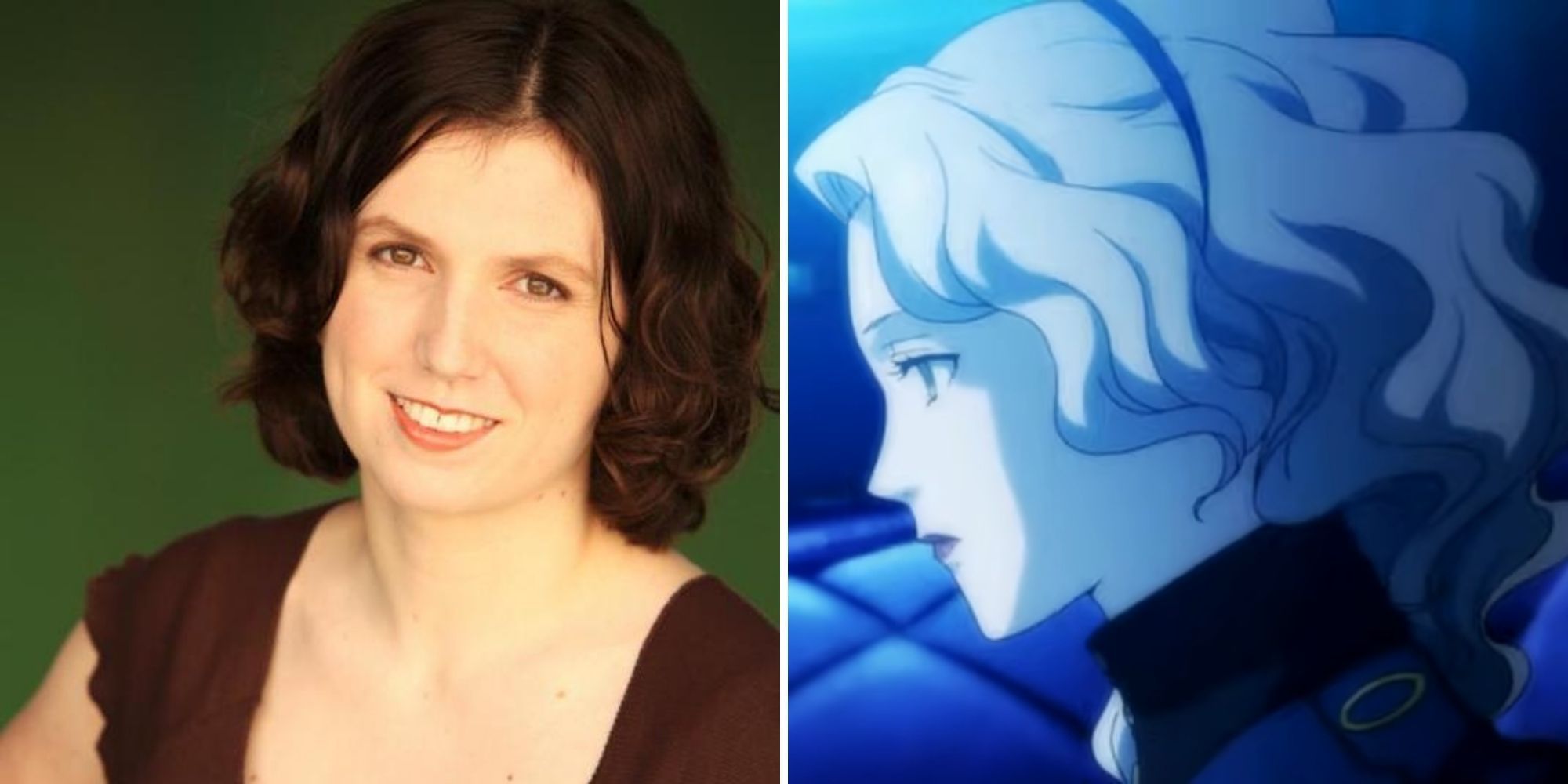 Every Velvet Room has an attendant, and in Persona 4 that role is fulfilled by Margaret. Played by Michelle Ann Dunphy, Margaret is a composed, friendly woman who acts as Igor's assistant, and offers different quests that require bringing her different personas.

Dunphy gives Margaret a lot of personality in her performance, giving the character a surprising amount of depth beyond her role as an attendant. This performance has helped to make the character a hit with fans, becoming one of the more recognizable residents of the Velvet Room.