The PC market has seen six years of quarterly PC shipment declines, followed by a mixed 2018 (negative, flat, and positive quarters). 2019 was better: Q1 was negative, but Q2, Q3, and Q4 were positive.

One big driving force has been the Windows 10 refresh cycle in the business market. With Windows 7 hitting end of support tomorrow (January 14, 2020), at least some businesses have tried to migrate to Windows 10 last-minute. It will take a while before 5G PCs and dual-screen PCs drive the same amount of growth, if they do at all.

As you can see in the chart below, Gartner found that in the top six, only Apple and Asus saw declines in PC shipments for Q4 2019. The rest of the market was down 11.8%. 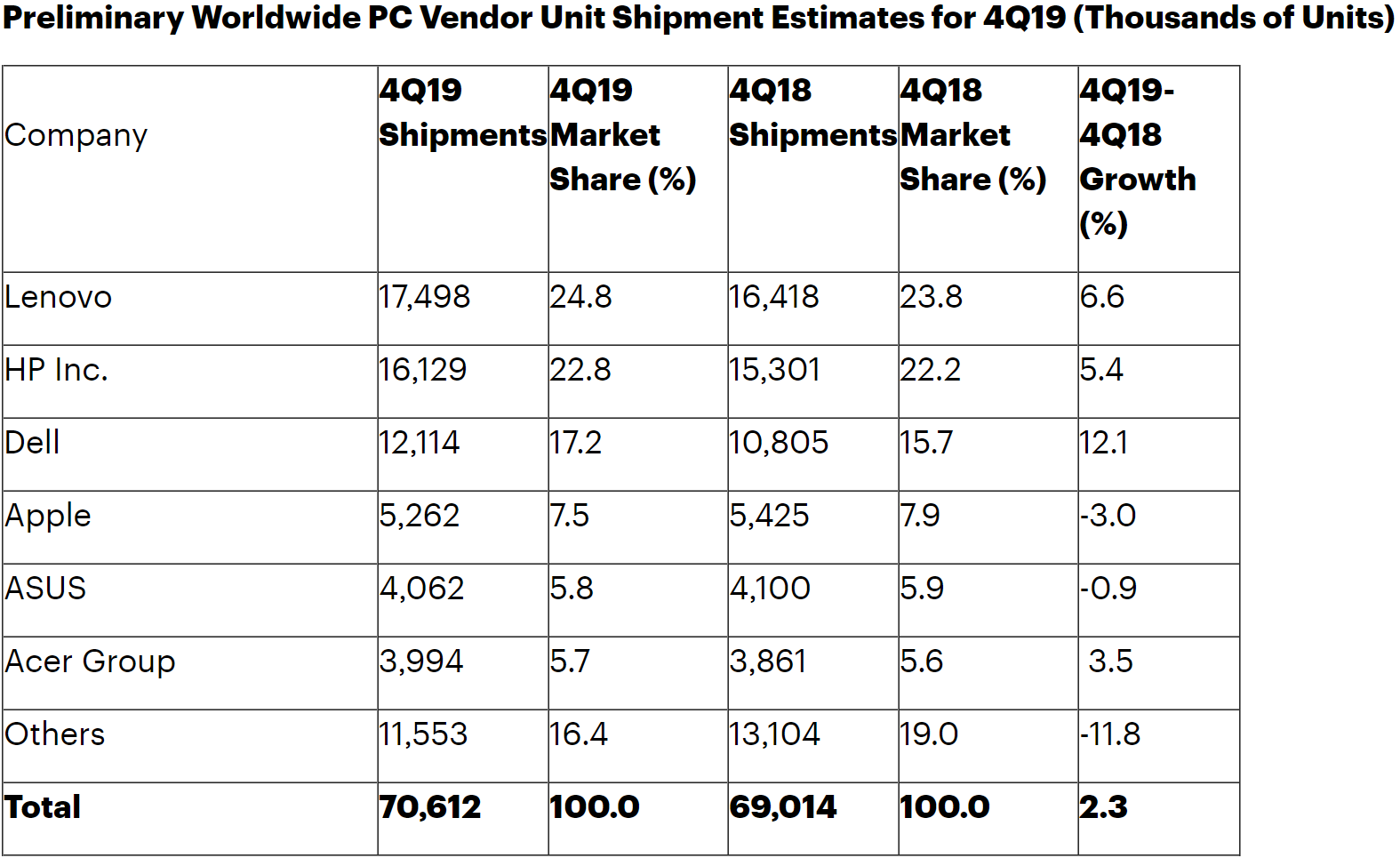 Lenovo and HP saw similar growth, though the former is starting to edge out the latter. Dell’s growth nearly doubled its bigger rivals, but it’s still further behind.

Gartner found that worldwide PC shipments grew 0.6% from 259.8 million to 261.2 million in 2019. For the full year, Lenovo was even further ahead and saw more growth. Its lead over HP and Dell was indisputable for 2019. Apple, Acer, and Asus were all down for the year. 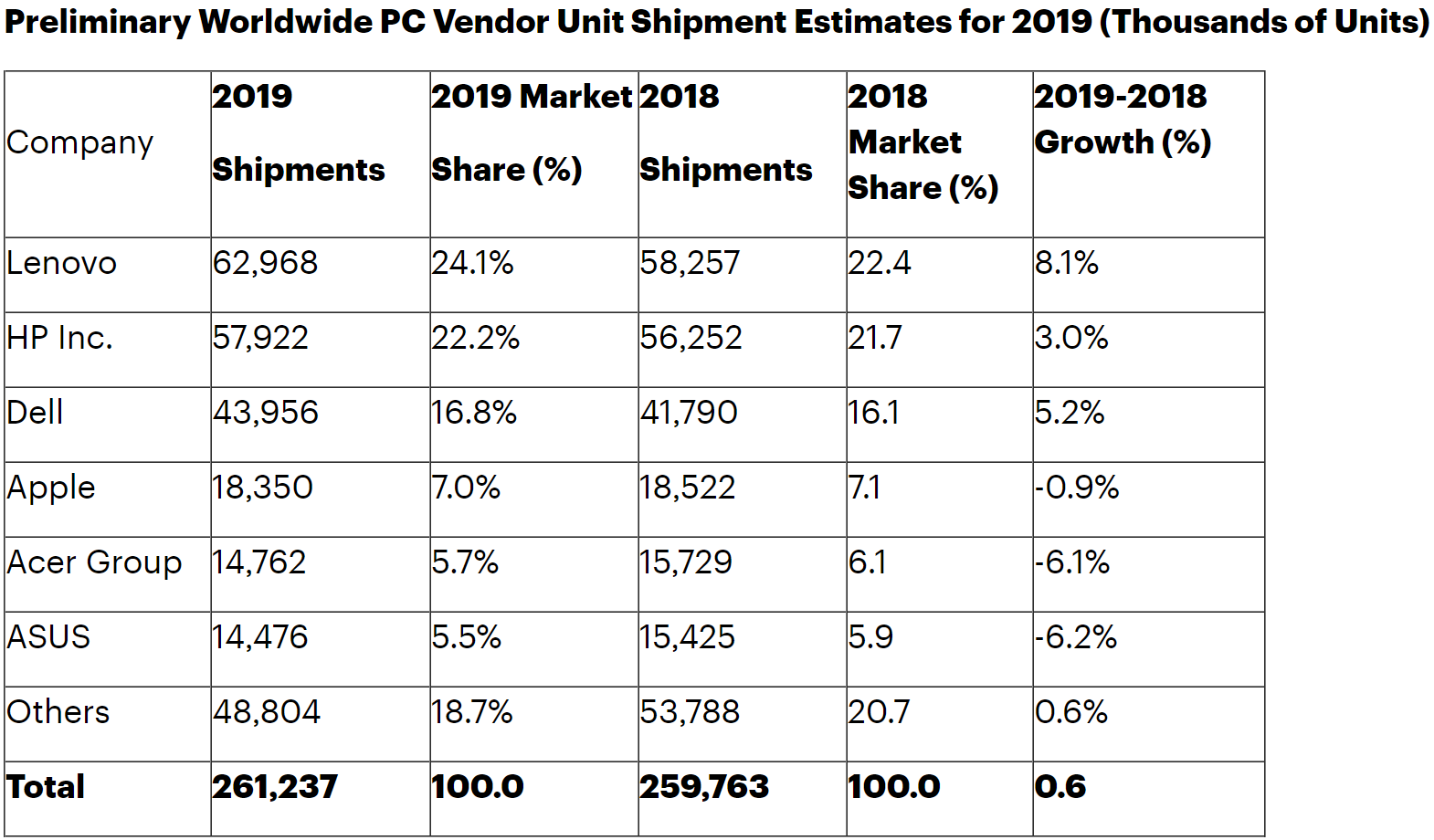 (Gartner also shares U.S.-specific figures and in Q3 2018 found that Microsoft had broken into the top 5 PC vendors. The company has held onto this position every quarter since. But that’s U.S.-only — Microsoft still doesn’t appear on worldwide charts, nor did it for the full 2019.)

IDC also found Lenovo first and HP second, with Dell rounding out the top three. All three saw growth, and again Dell saw the most growth. Apple and Acer declined. The rest of the market was up, however, by 2.3%.

IDC found that worldwide PC shipments grew 2.7% from 259.6 million to 266.7 million in 2019. Once again, Lenovo was even further ahead and saw more growth for the full year. Apple and Acer were both down for the year.

While the deadline to upgrade away from Windows 7 is about to pass, there are still hundreds of millions of computers left that need to get on Windows 10. How quickly businesses move to do so will impact whether the PC market continues its turnaround in 2020.