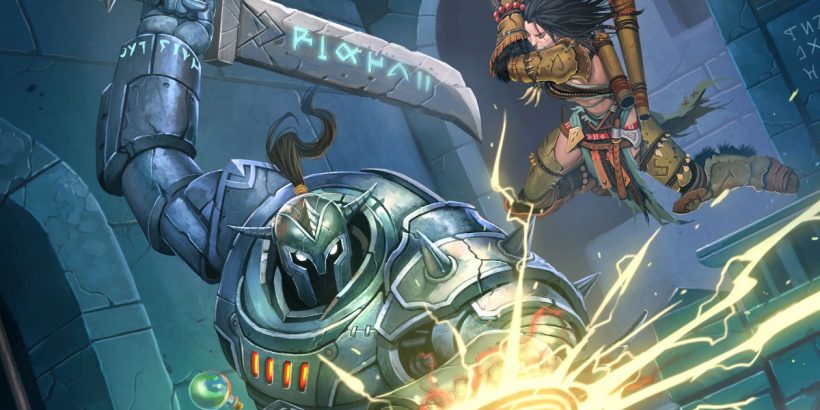 Tabletop role-playing game publisher Paizo will voluntarily recognize its workers’ union, the company said on Thursday. The announcement comes less than one week after workers at the Starfinder and Pathfinder publisher announced its intent to organize with the help of the the Communication Workers of America (CWA), which has been an integral part of the video game industry unionization push over the past few years. United Paizo Workers (UPW) will now begin bargaining in earnest with Paizo management for its first contract.

UPW announced its intention to form a union on Oct. 14, citing “inconsistent hiring practices, pay inequity across the company, allegations of verbal abuse from executives and management, and allegations of harassment ignored or covered up by those at the top.” An initial letter, signed by more than 30 current employees, demanded action. Following voluntary recognition, UPW will now move forward in electing a collective bargaining committee, which will then work with Paizo management to negotiate terms for its new agreement.

“In order to enact major changes in the workplace, we need to negotiate our first contract with leadership,” UPW wrote in Thursday’s news release. “One of our goals is to increase wages to better match the cost of living, and that is likely to be the first topic we tackle.”

Paizo is located in Redmond, Washington, outside of Seattle. The company publicly came under fire in September after former employees spoke out on social media about sexual harassment and other workplace misconduct. UPW’s initial statement was signed by less than half of Paizo’s 80 full-time employees, but representatives say that more workers have since joined the union after initial efforts were kicked off. At least some freelancers working with Paizo also allegedly refused to continue working until the union was recognized.

Game workers attempting collective bargaining more and more, with employees coming together to exercise their power. Unionization has the potential to “address the deep and essential connection between economic rights and social justice,” CWA campaign lead Emma Kinema wrote in August. “The reality is that when marginalized game workers experience inequality, harassment, or abuse they do not always have the same degree of economic safety and independence to push back, as do their more privileged counterparts.” A union can help mend that gap by protecting marginalized workers using that collective power.

Paizo is now one of the first game companies in North America to form a certified union, Kinema said. In 2020, Cards Against Humanity workers unionized with the Chicago and Midwest Regional Joint Board of Workers United, following reports of a racist, sexist workplace environment.

Even in workplaces where unionization has not become official, workers are using collective power to push management to improve conditions. Workers at mobile app Lovestruck: Choose Your Romance went on strike for 21 days and successfully demanded better work conditions. Workers at major companies like Riot Games and Activision Blizzard, too, have walked out of work; most recently, Activision Blizzard employees stopped working for a day in protest of management’s response to a California workplace misconduct and sexual harassment lawsuit. Thousands of current and former Activision Blizzard workers signed an open letter in support of the lawsuit and subsequent walkout.

Polygon has reached out to Paizo and UPW for more information.