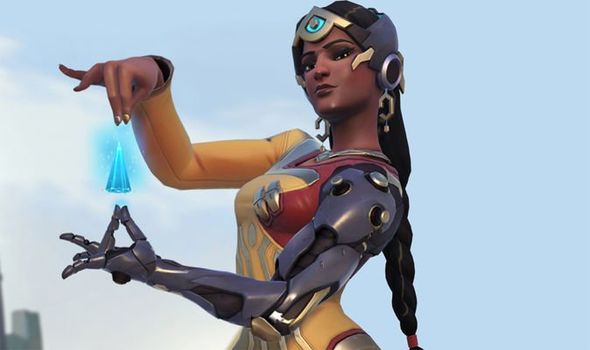 Overwatch fans have been treated to a brand new piece of story content, as Symmetra takes centre stage.

As part of the latest Overwatch update, Blizzard is shining the spotlight on fan favourite character Symmetra.

It all begins with the release of Symmetra’s brand new Stone by Stone short story, which was written by Christie Golden.

Long-time fans of Blizzard games will be familiar with Christie Golden, who previously worked on Warcraft fiction. The US author has also written Star Wars and Star Trek fiction over the course of her career.

According to Overwatch director Jeff Kaplan, the story features an appearance by Zenyatta, as the two work together to rebuild a destroyed temple.

To celebrate the release of the new Overwatch fiction, Blizzard is launching a new in-game event dedicated to the character.

Symmetra’s Restoration Challenge is available from November 17 until November 30.

“You will be able to unlock an epic skin by getting nine wins, and each three wins there’s other rewards along the way.”

As Kaplan points out, fans will be able to earn additional rewards by watching official Overwatch partner streams in the coming days.

Speaking of Overwatch updates, Blizzard is also testing a brand new feature over on the Public Test Server.

Called Priority Pass, the new feature gives players quicker access to popular roles like Damage – instead of making them wait in queues.

“Priority Passes are earned by entering a Flex Queue,” Kaplan explains. “When you enter the Flex Queue, you are in essence queuing for every role available – Tank, Support, Damage.

“And the game will matchmake you to the role that is currently most needed to speed up queue times for everybody.

“If you win your game while you’re in the Flex Queue, you’ll earn even more Priority Passes than you would if you lost.”

Players will receive Priority Passes even if they lose, just not quite as many.

Using Priority Passes lets enters you into a smaller queue for popular roles where there are longer wait times.