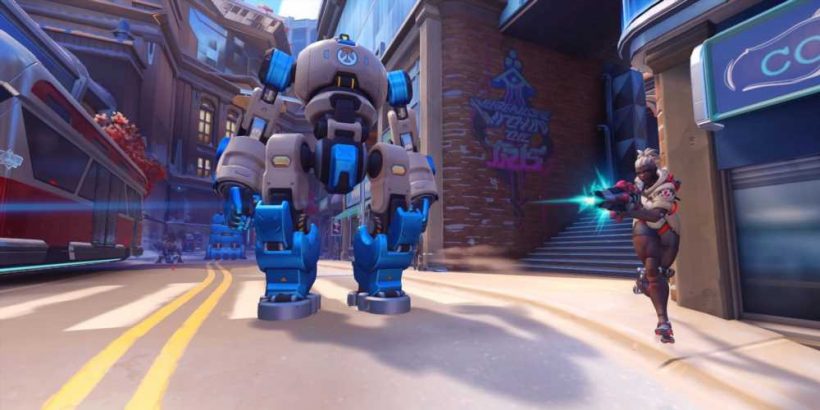 In Overwatch 2 there is a game mode called Push which involves two teams fighting it out for control of a robot, which has the ability to move a barricade for each team. Characteristic of Overwatch 2 it can be a highly strategic mode with players discovering new tactics and plays. The latest strategy involves intentionally ignoring that all important robot.

During Push the robot starts in the middle of the map with the aim of the game having the two opposing teams trying to push it all the way to the other team's spawn point. The robot only moves when someone is stood next to it and if you don't reach all the way to the other side by game's end, the winner is determined by whichever team has pushed the robot closest to their opponent's base. But in order to win it can be better to ignore the robot entirely during the late game.

So how does this work? If your team is in the lead it is often better to position yourselves to kill the opposing team members.

The robot is the losing team's to try and take control of, but since one is in the lead you need only kill the opponents. Since you don't need to push the robot all the way to the other end in order to win, you might as well just keep the robot where it is and defend its position or place yourselves wherever best it is to take down the opposing members.

However, there are teams who have yet to become aware of this strategy and try to push the robot all the way. But pushing the robot closer and closer to the opponent's base makes it easier for the other team to try and take control of it. This can lead to sudden reversal of fortunes as momentum shifts and the other side can start pushing the robot towards your side.

Much better instead to sit the robot in a leading place and then take defensive positions. Players with better understanding of strategy have already understood this, but there are those who haven't and this has been causing exasperation among the Overwatch 2 community as can be seen in the above shared Reddit thread.

Strategies can rise and fall however but with increased knowledge perhaps your next team will turn out victorious in Overwatch 2's Push.