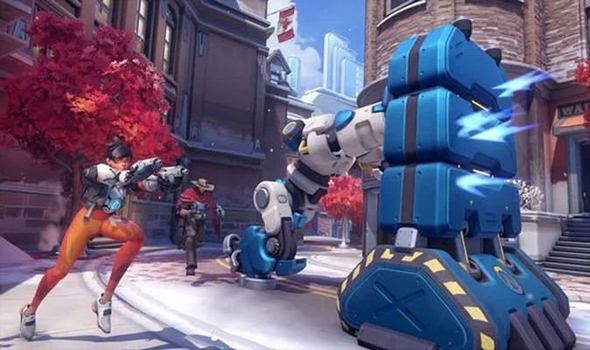 It’s been almost a year since Overwatch 2 was announced at BlizzCon and gamers had hoped to find out more about the final release date next month. However, since this year’s BlizzCon has been cancelled, there’s been speculation over when the next major announcement will be coming for the franchise. But with BlizzCon Online now being scheduled for February 2021, fans are hoping this will be the event we learn more about Overwatch 2’s launch schedule.

Blizzard remains tight-lipped about their plans for the event, but a new leak has surfaced this week that might provide an interesting hint.

Metro, a known source for Overwatch news, has shared an update claiming that the Overwatch 2 release date, or beta, could happen around BlizzCon Online.

The phrasing of the message shared on Twitter leaves some wiggle room for change and is connected to recent rumours that the Overwatch League won’t be kicking off again until early April.

The message from Metro reads: “Rumors of the next OWL season being delayed until April to make sure they can launch with OW2 suggest that the expected beta or even full release of the game around Blizzcon in February 2021 is very likely!”

While Blizzard has shared plenty of information regarding what fan events will be showcased at BlizzCon Online, there is still a big question mark regarding what games will be included.

The most recent announcement regarding BlizzCon reveals: “Attune your chronometers, flip your hourglasses, set a notification on your phone—however you mark the passage of time, save the date for BlizzConline, set to take place February 19–20, 2021!

“While circumstances are keeping us from gathering in person this year, we’re putting together a little something early next year to channel the spirit of BlizzCon into the form of an online show.

“We still have a lot of planning to do, and it’ll be some time before we’re ready to share more details—but we wanted to provide a heads-up on how you can be a part of the online fun.”

WHEN IS THE OVERWATCH 2 RELEASE DATE?

Blizzard has remained very vague on when Overwatch 2 will be released on PS4, Xbox One, PC and Nintendo Switch.

Having spoken to Chacko Sonny and Michael Chu during BlizzCon 2019, the Express Online found out that the game is still in the early stages of development.

What that means exactly is anyone’s guess, as gamers were able to test out a Rio de Janeiro story mission and the new Push Mode during the last BlizzCon event.

When asked why they decided to announce the game so early, and what the plus and minuses are to that decision, the development team revealed why it was important to share the news at such an early stage.

Replying to the Express Online’s question, Chacko Sonny explained: “On a purely base level, the team just wanted to share what they had been working on for so long.

“There’s a satisfaction that we get from sharing with the community; we’re listening, and we hear all the feedback.

“We know what people want, and we want you to know that we’re taking that into consideration and working on stuff.

“So from a very base level, that’s a large part of it right there.”