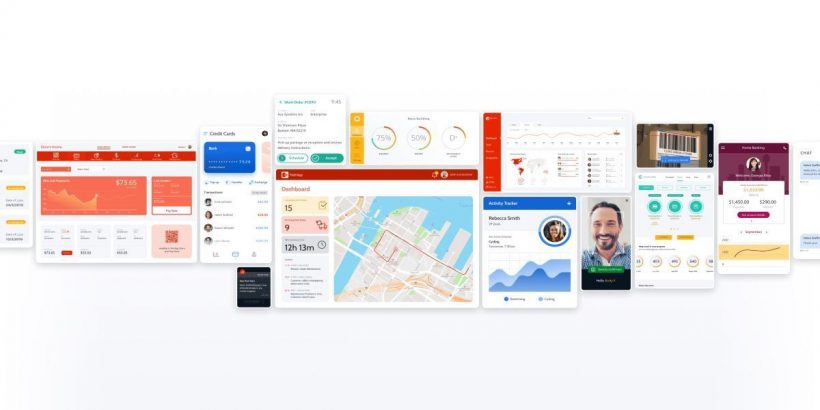 Outsystems, an early pioneer in the development of a platform for building applications using low-code tools, today announced it has raised a $150 million series E round to bring its total valuation to $9.5 billion.

The latest round of funding, led by Abdiel Capital and Tiger Global, will be used to continue expanding the company’s overall go-to-market and product development strategy, Outsystems CEO Paulo Rosado said.

Headquartered in Lisbon, Portugal, Outsystems provides a platform that is employed by thousands of companies and more than 350 partners operating in over 90 countries. With more than 1,300 employees worldwide, the company is engaged in a battle for dominance over tools that abstract away much of the complexity traditionally associated with building applications using frameworks such as Java.

Instead, Outsystems presents developers of varying skill levels with a set of visual tools that enable them to build applications faster. Competitors range from Appian and Salesforce to Mendix, a unit of Siemens. Outsystems also has a somewhat complicated relationship with Microsoft, which in addition to having a long-standing partnership with OutSystems also provides its own set of low-code tools.

In general, the adoption of both low-code tools and no-code tools for developing applications has increased since the start of the COVID-19 pandemic. Developers are in short supply, and these tools enable them to build more applications faster at a time when many digital business transformation initiatives have either been accelerated or newly launched. Low-code tools typically differ from no-code tools in that the former allow developers to drop down into a lower-level programming construct when required to enable an application to, for example, scale better.

Outsystems has gained traction among organizations that need to quickly build applications spanning multiple platforms, Rosado said. An application built using the Outsystems platform will span anywhere from three to 17 different systems, he noted. In contrast, low-code tools from, for example, a software-as-a-service (SaaS) application provider such as Salesforce only work on a single platform.

Most enterprise IT organizations are now routinely trying to build applications that span multiple platforms running on-premises and in the cloud, including a wide range of SaaS applications that have been deployed to address a specific requirement, Rosado said. Low-code tools make it possible to maximize investments in professional developers who can now build code that can be reused more easily by other developers irrespective of their skill level, he said.

Rosado noted that most organizations are always refining and extending applications. “Software cannot stay small,” he said. “It always grows.”

The level of integration provided by a low-code platform is critical because most organizations don’t know precisely how software will need to be extended in the future, Rosado added. Modern software development is based on a set of Lego principles that allow organizations to mix and match components to create additional business value, he added.

Longer-term, Rosado said Outsystems expects AI to be more widely to employed to not only build applications but also automate management of the infrastructure IT organizations still largely operate using manual processes. Outsystems is already making it possible to embed AI capabilities that are based on machine learning algorithms into custom applications.