Outriders is shaping up to be one of the more exciting games of 2020’s Holiday season. Those who are wary of live service games can take solace in the fact that Outriders isn’t one, at least according to developer People Can Fly. It will be a “complete experience out of the box” – a class based co-op game without microtransactions or Denuvo DRM. Players can just focus on using the game’s four classes to their fullest without worrying if the best stuff will be saved for later. Classes like the newly-revealed Technomancer.

People Can Fly showed off the Technomancer in its latest monthly Outriders broadcast. Its described as a “long range support class” with “the best healing abilities out of all four classes.” That doesn’t mean the Technomancer’s offensive capabilities are lacking, however, as they can instantly construct a variety of weapons like turrets and mini-guns. 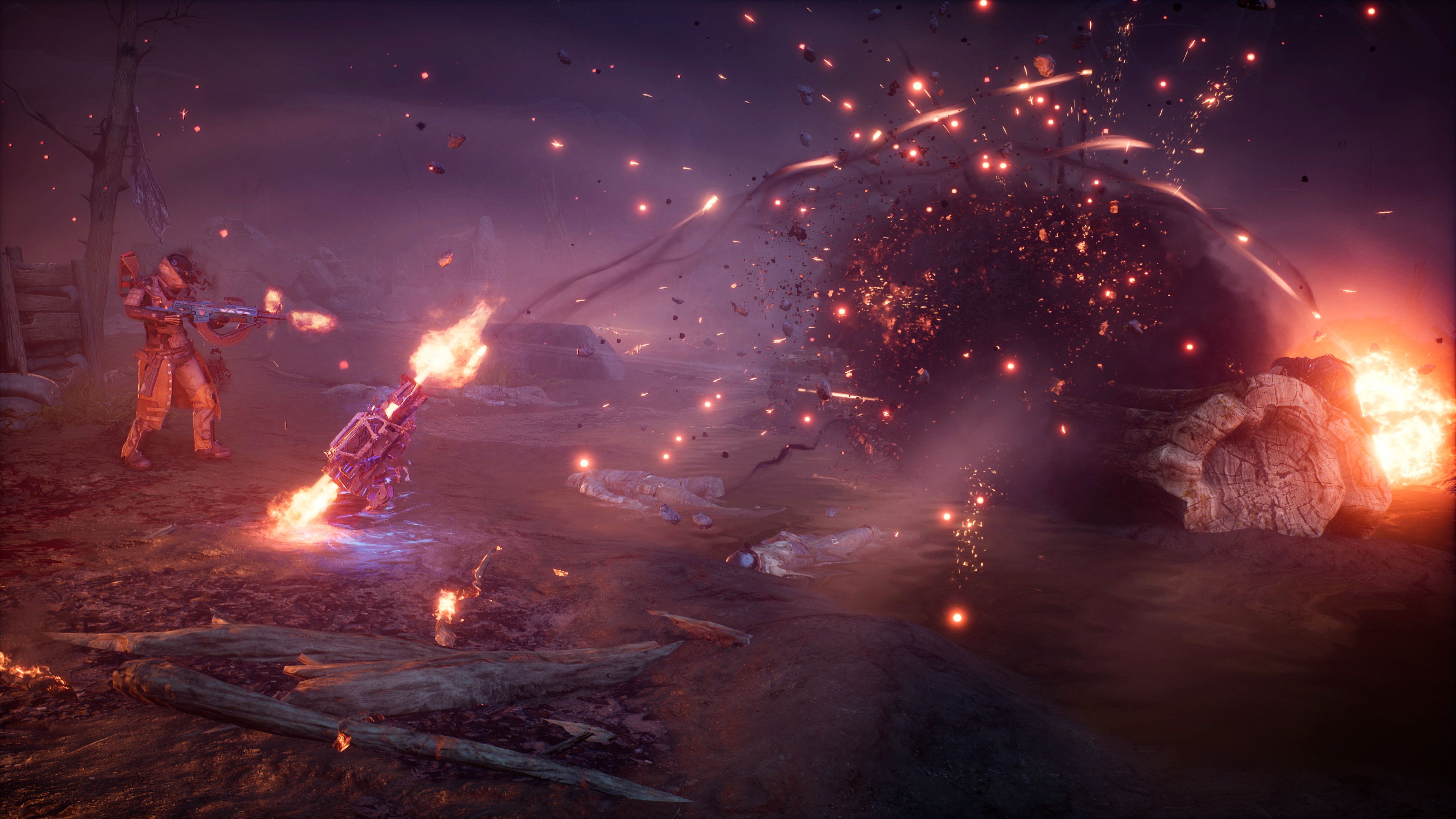 Aside from the Technomancer, People Can Fly also highlighted the tanky Devastator class. The host did make it a point to say that the class can match the others for damage, but its primary role is directing the flow of battle. Crowd control seems to be the name of the game, as the Devastator has several methods for interrupting bosses from using their strongest moves. The three subclasses of the Devastator are the close range Vanquisher, the classic tank Warden, and the Seismic Shifter who causes damage over time.

The last part of the broadcast answered fan questions about Outriders. There were questions on progression specifically, on how grouping will work or how the importance of gear factors in. The answers are that co-op is drop-in, drop-out and the whole game can be played solo or as a team. And while gear is strong, class builds were emphasized as just as important. How one spends skill points matters just as much as finding rare drops.

Finally, the release of Outriders was confirmed. While a non-specific “Holiday 2020” is still the date, we know for sure that Outriders PC will be on both Steam and Epic Games Store. For consoles, it will be on Xbox One, Xbox Series X, PS4, and PS5. Finally, the Stadia release is slated for 2021.