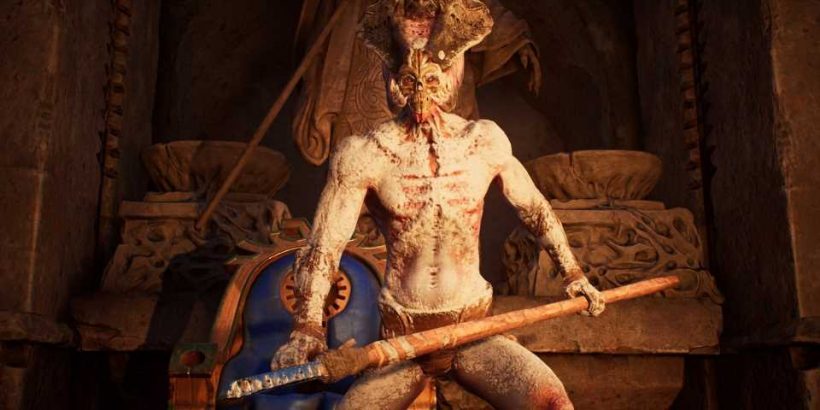 Obtaining the best gear in Outriders will require players to complete Expeditions, endgame missions that grant loot based on how quickly you clear the mission. With 15 Challenge Tiers to climb, these missions can prove extremely difficult at higher difficulties.

Colosseum is one of the harder Expeditions in Outriders. Unless you have crowd control effects at the ready, prepare to get jumped by half a dozen Alpha Perforos throughout this mission. While brutal at times, Colosseum doesn’t have a proper final boss and isn’t too demanding outside of the crowd control check. Here is a complete guide to completing the Colosseum Expedition in Outriders. 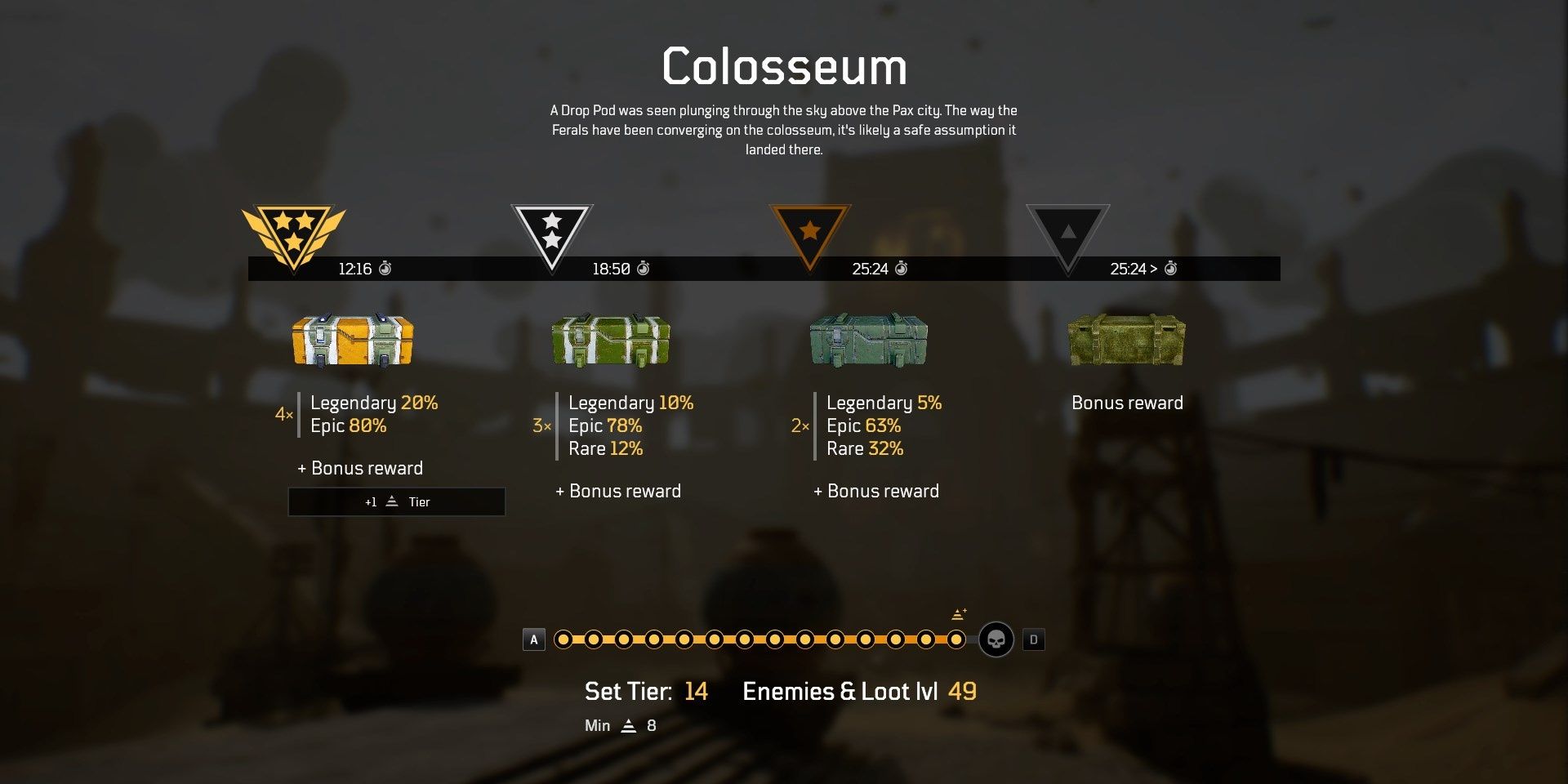 Note: Starting this mission requires that you’re at least Challenge Tier 8 and have 280 Drop Pod Resources to spare.

Most of this mission consists of Desert Beasts, although a few Ferals appear at the very end of the mission. Expect to get jumped by half a dozen Alpha Perforos throughout this mission. Crowd control weapons, abilities, or a high DPS build are highly recommended. 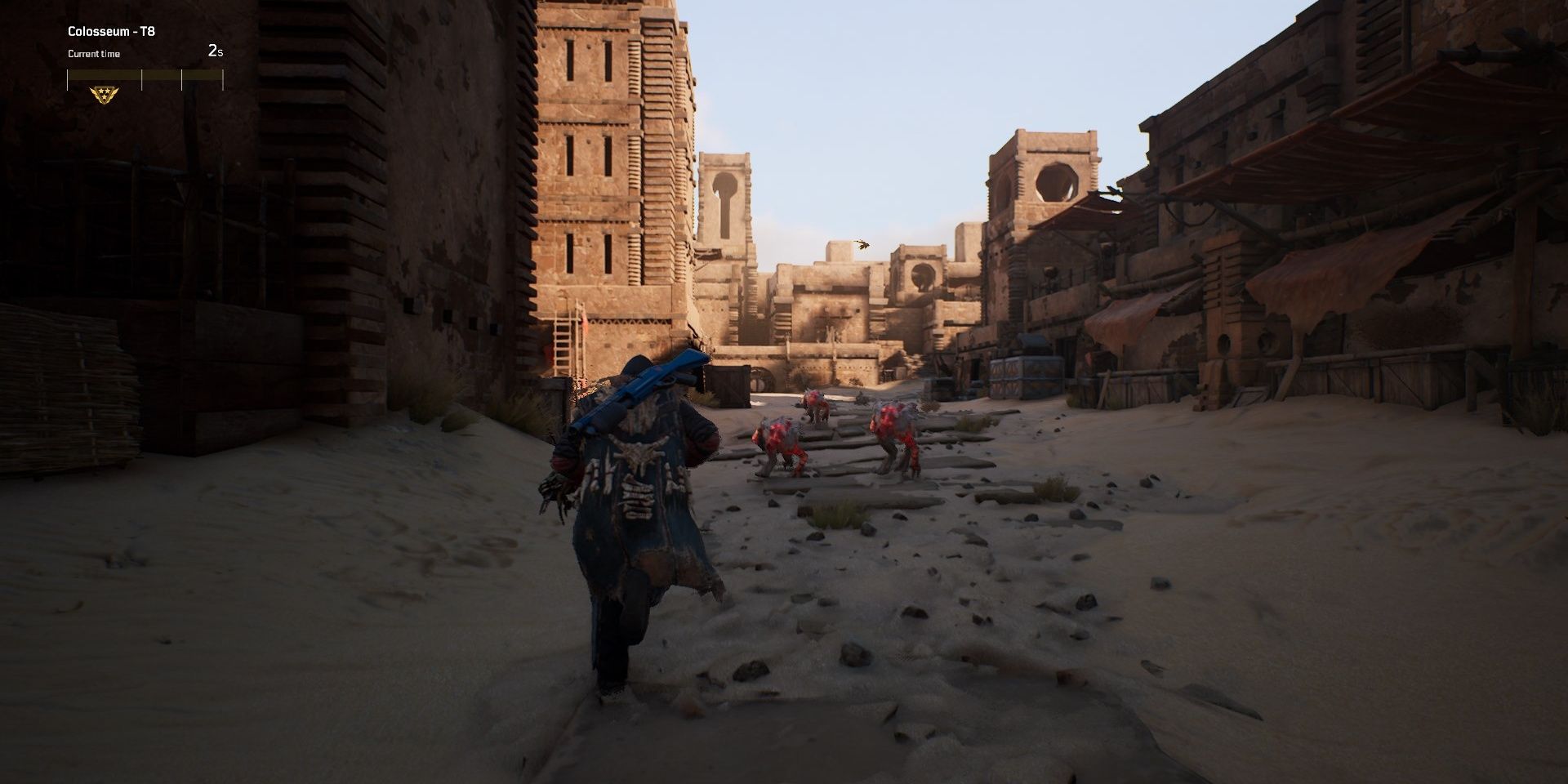 You’ll need to fight your way up the street as waves of Perforos charge at you. Multiple Venomous and Alpha variants will spawn after a few seconds, so be ready to stun a few of them. A few powder kegs are scattered throughout this encounter that you can detonate, dealing a massive amount of damage to anyone nearby. Consider clearing some of the Perforos with these kegs. 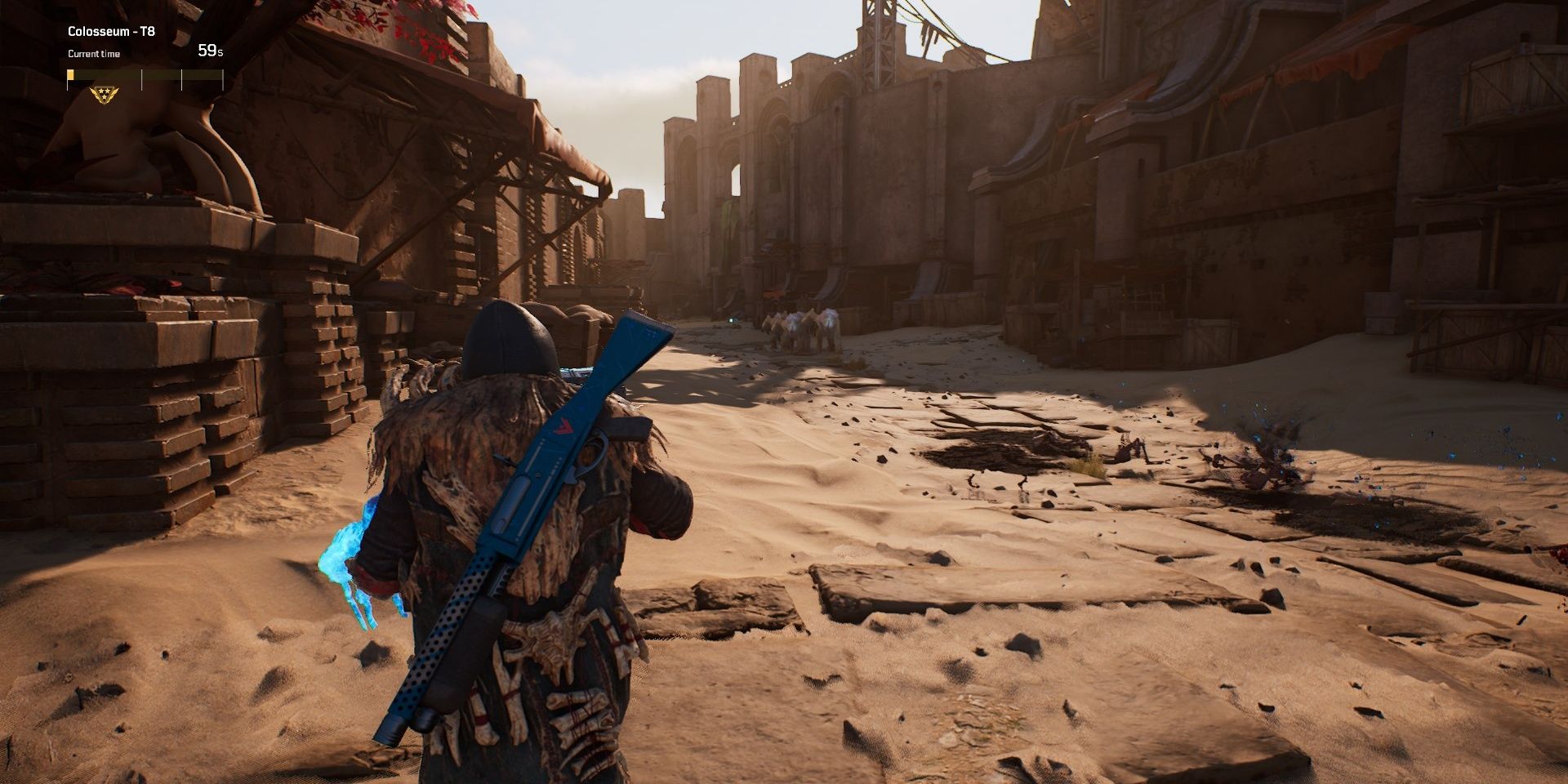 Around the corner, you’ll have to kill another wave of Perforos. When you get about halfway down the path, five Alpha Perforos will charge you simultaneously in one massive group. If you have any abilities that can hinder their mobility, now’s the time to use them. Lure them to a powder keg if you need to deal some AoE damage.

Past that, a few Perforos, Venom variants, and Maulers will spawn at the end of the path. They shouldn’t pose much of a threat. Take them out to spawn a miniboss. 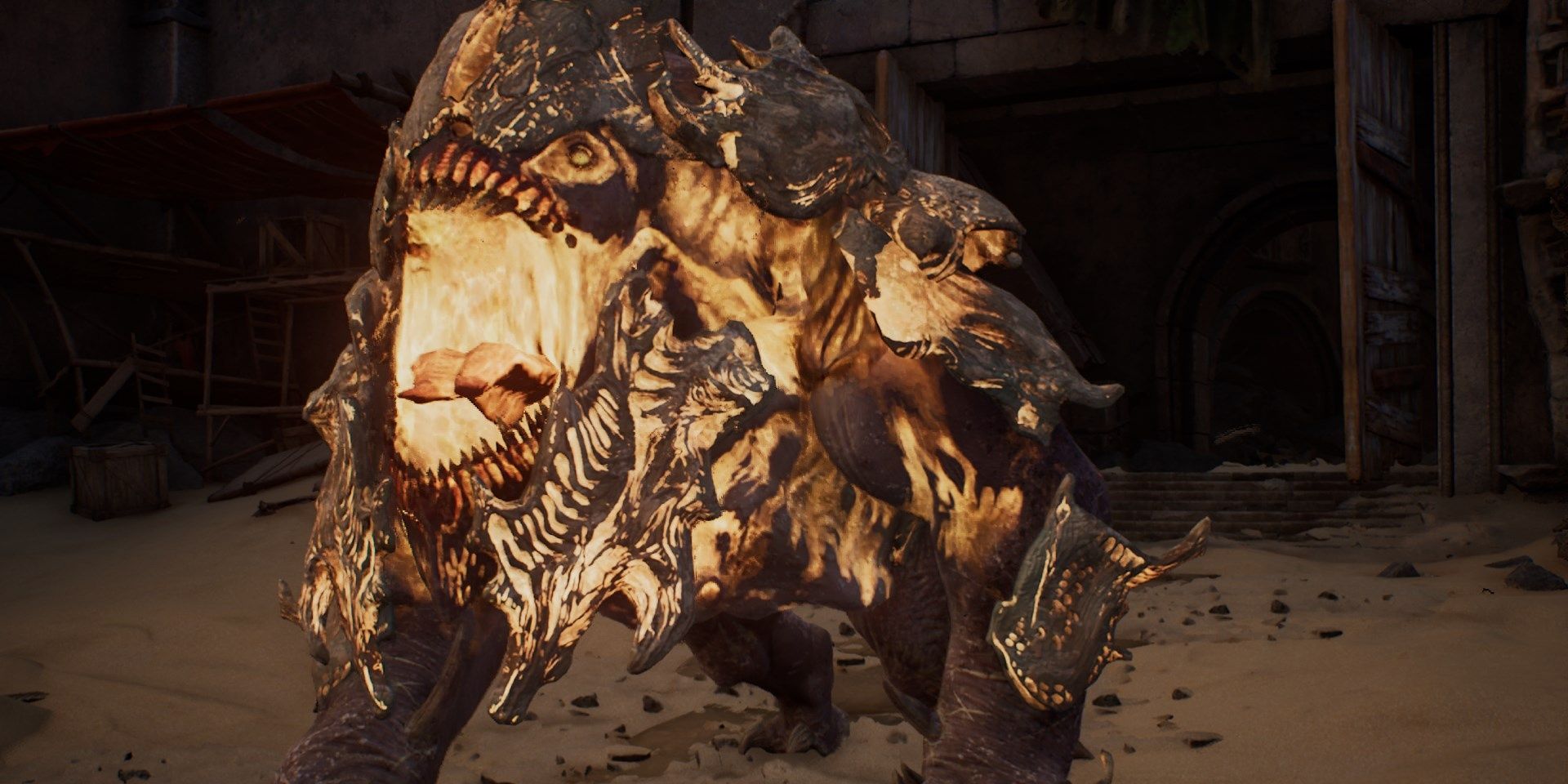 A Boneplate Behemoth will introduce itself through a short cutscene. Besides the massive miniboss, a few Alpha and Venemous Perforos will arrive where the Behemoth came from. Either burst down the Behemoth or take out the Perforos. You’ll get your abilities back after this, so use anything you have to nuke the Behemoth’s HP. 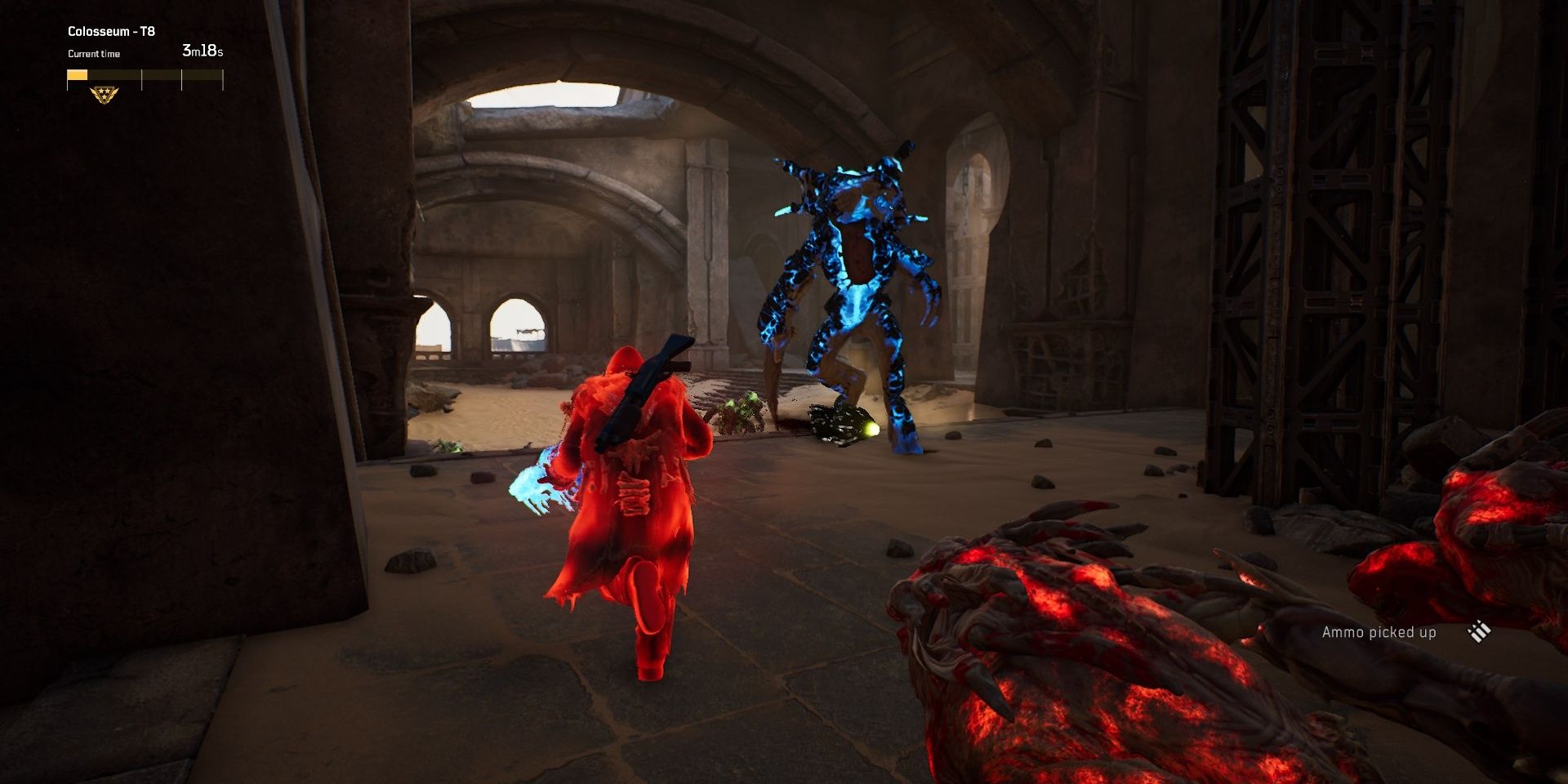 After opening a gate, you’ll be charged by a large wave of Alpha Perforos, a Brood Empress, and additional fodder enemies. This encounter can easily kill you if you aren’t careful.

Lure the Alphas away from the Brood Mother, picking them off one by one. If you get toppled by the Brood Empress, make some space. At higher Challenge Tiers, Broods take hundreds of rounds to kill unless you have multiple damage mods. When most of the Alpha Perforos are dead, you’re free to kill the Brood Empress. Take all of the remaining enemies out to proceed. 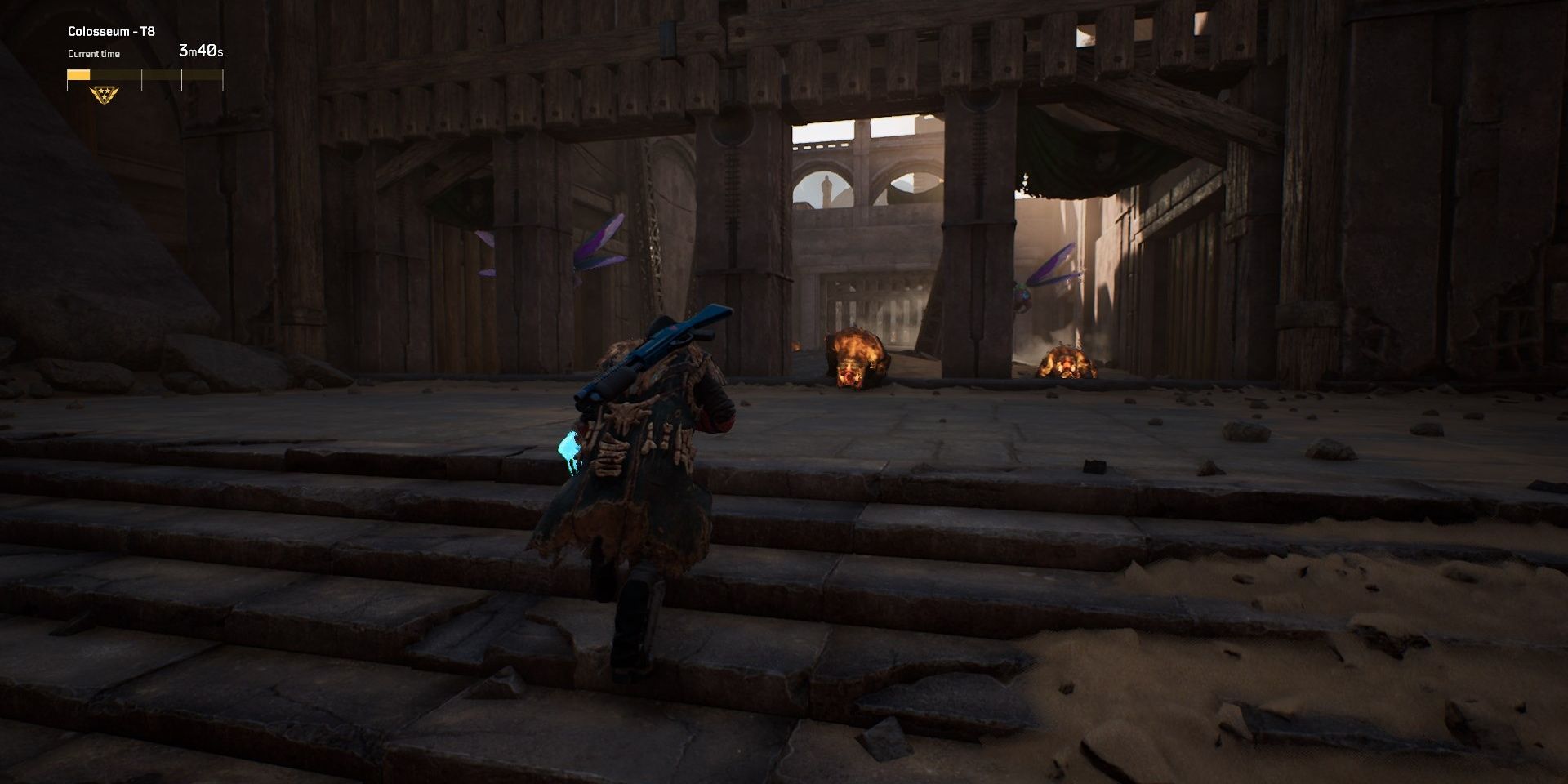 After a short Mauler wave, you’ll be locked into a courtyard that will spawn monsters from four spawn locations—two for each side. Enemies will spawn in each quadrant.

You can either hunker down in one spawn point or use the central courtyard to fight the enemies. Either way, the enemies shouldn’t pose much trouble here. Kill all of the enemies, then open the gate to reach the colosseum proper. 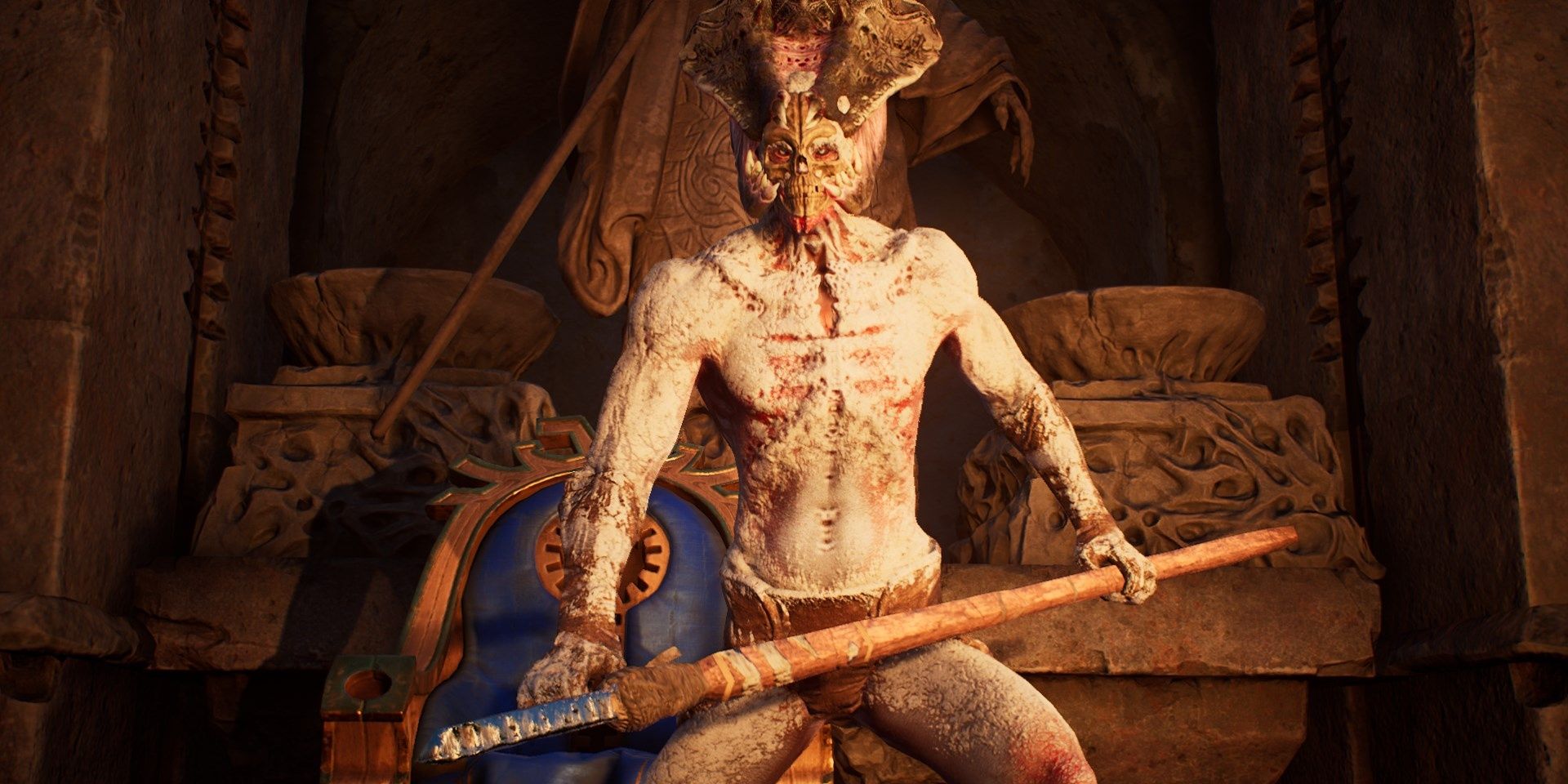 Despite the cutscene, you won’t be facing this Feral head-on. As with any colosseum, multiple enemies will swarm into the arena to kill you. This part requires an immense amount of damage or patience, as you’ll effectively have to kill multiple minibosses on a strict timer if you want to achieve a Gold rating. 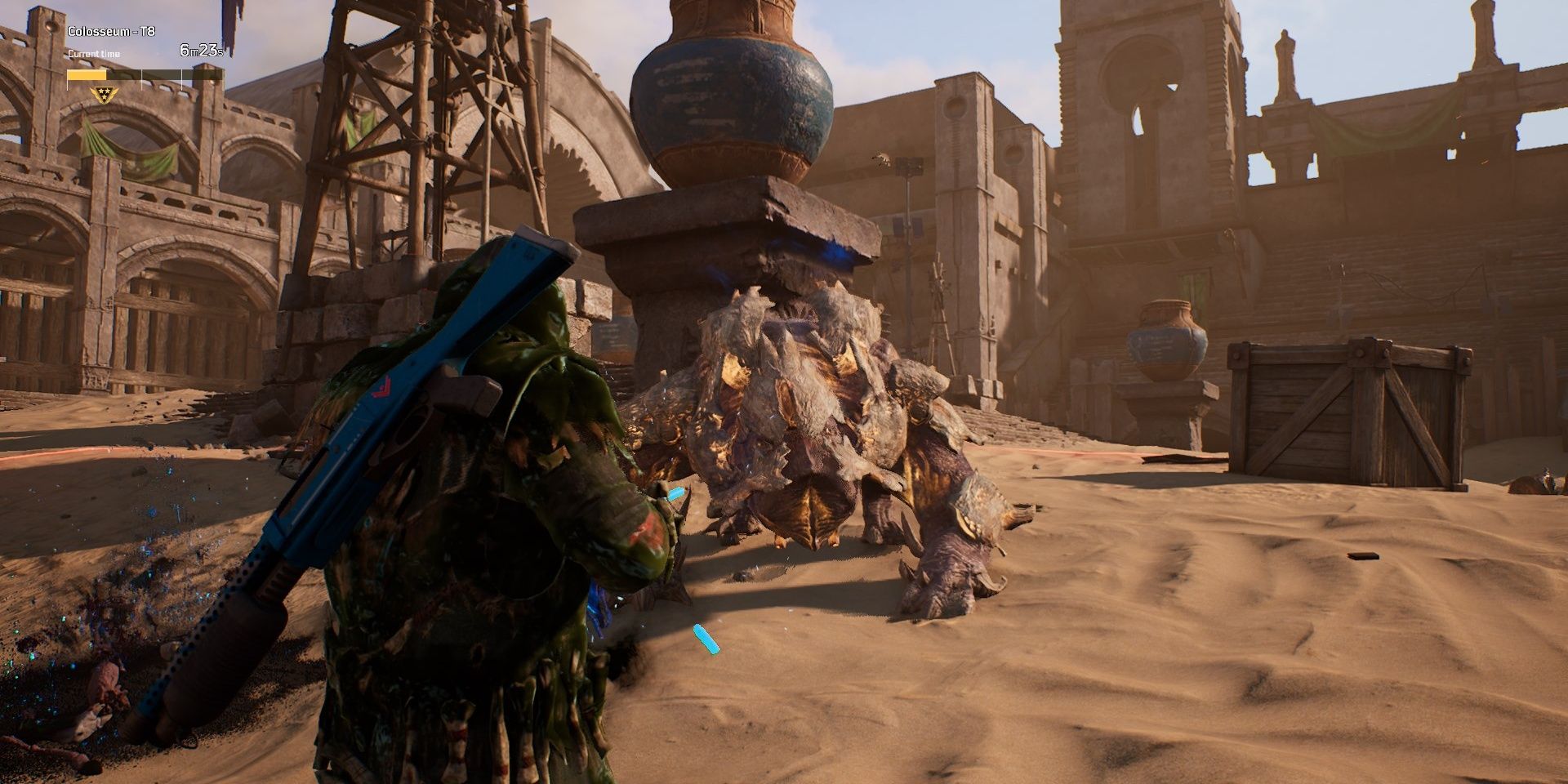 The first miniboss is a Behemoth, as you’ve faced before. The Beasts shouldn’t give you much trouble here; just use the fodder enemies as an ammo or health resource while you take the big miniboss down. 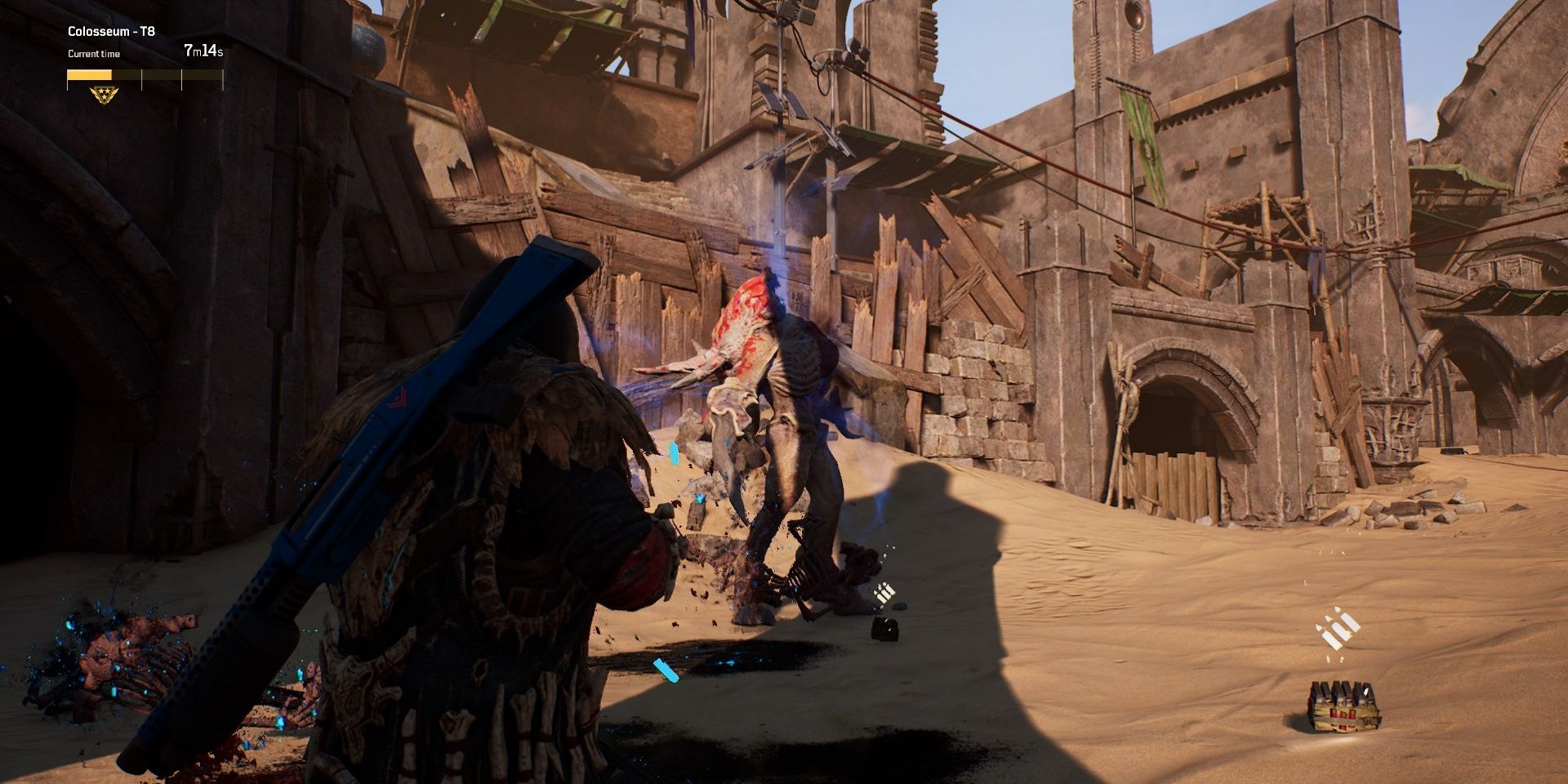 Right after the Behemoth dies, you’ll have to face a Brood Queen. This queen can buff all nearby Perforos, so it’s best to take this enemy out as fast as possible. If you can’t, take out the adds first. Focus your damage on her heart to kill the Brood Queen quickly. 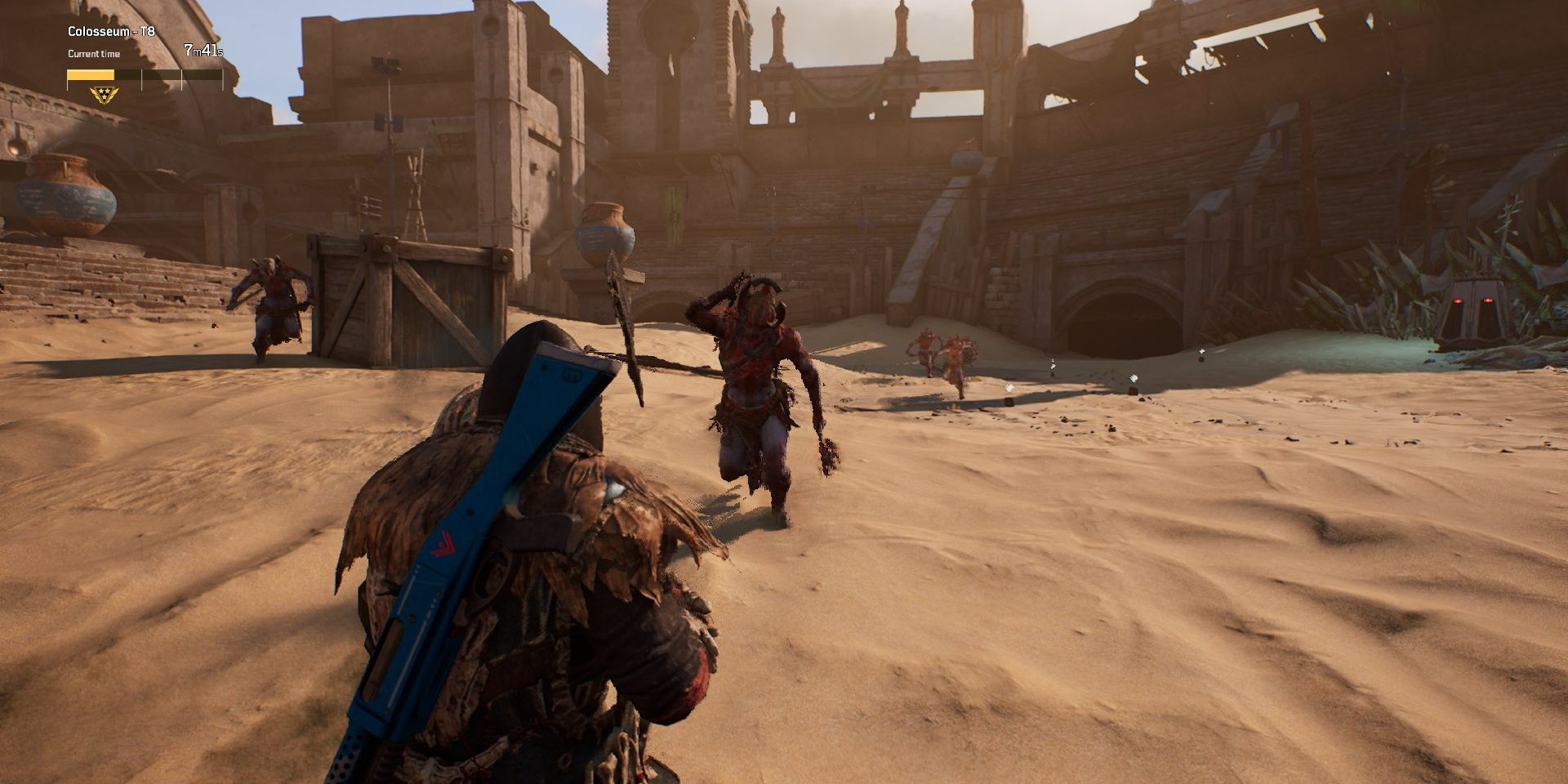 Ferals will now drop into the arena, two of which will be Warlords. These enemies can apply deadly status effects on you. Take them out as soon as you can. They’ll spawn near the back-end of the colosseum.

After the Warlords are dead, two Destroyers will spawn to take their place, spawning in the same location. Kill them as fast as you can. 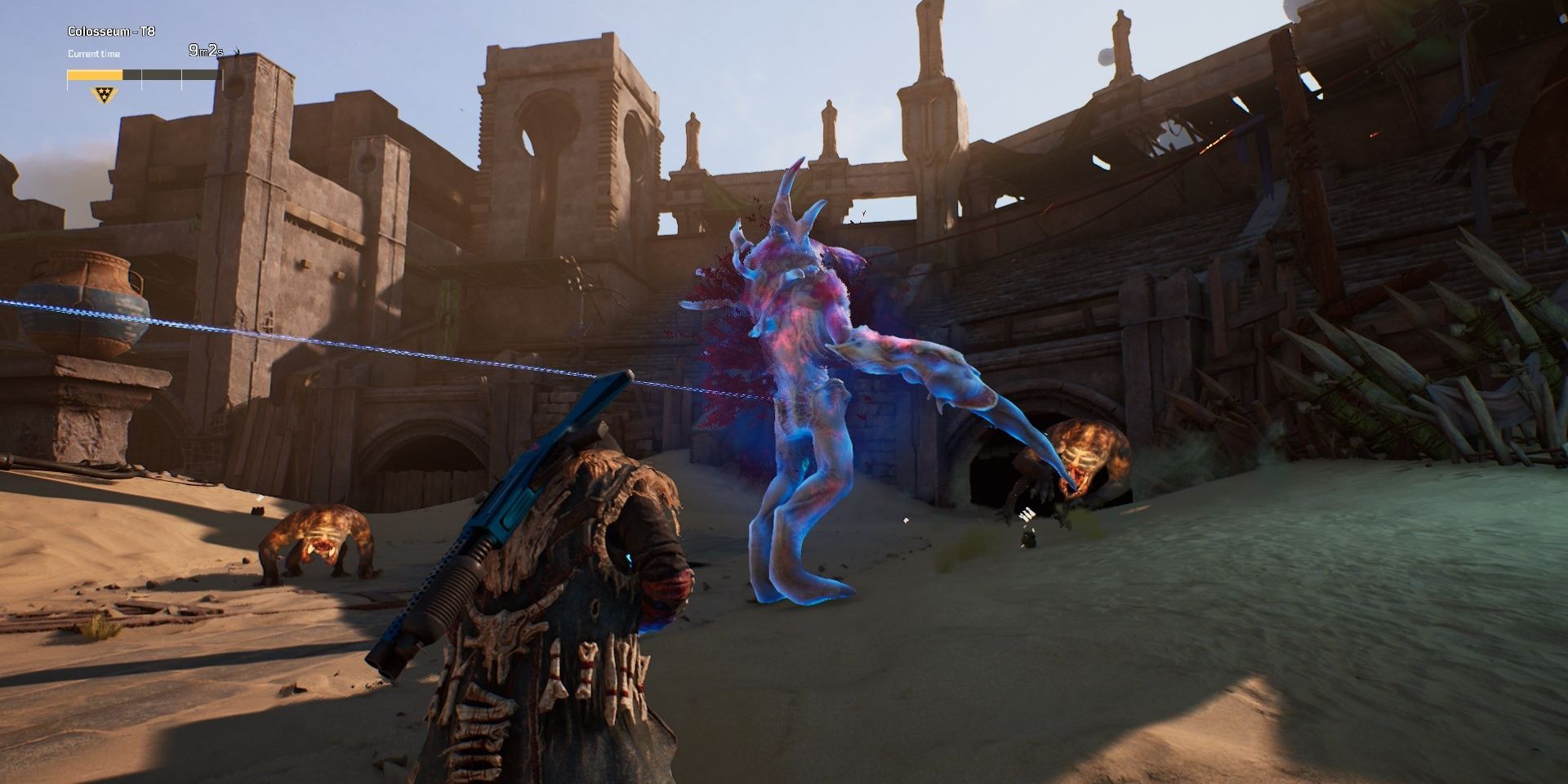 They’ll be one more Beast wave before you complete this Expedition, this time spawning a Behemoth and Brood Queen simultaneously. Focus on one of the bosses first, preferably the Behemoth. Use the fodder enemies as a health and ammo resource, then damage the bosses when it’s safe to do so. Clear this final wave to complete the Expedition. 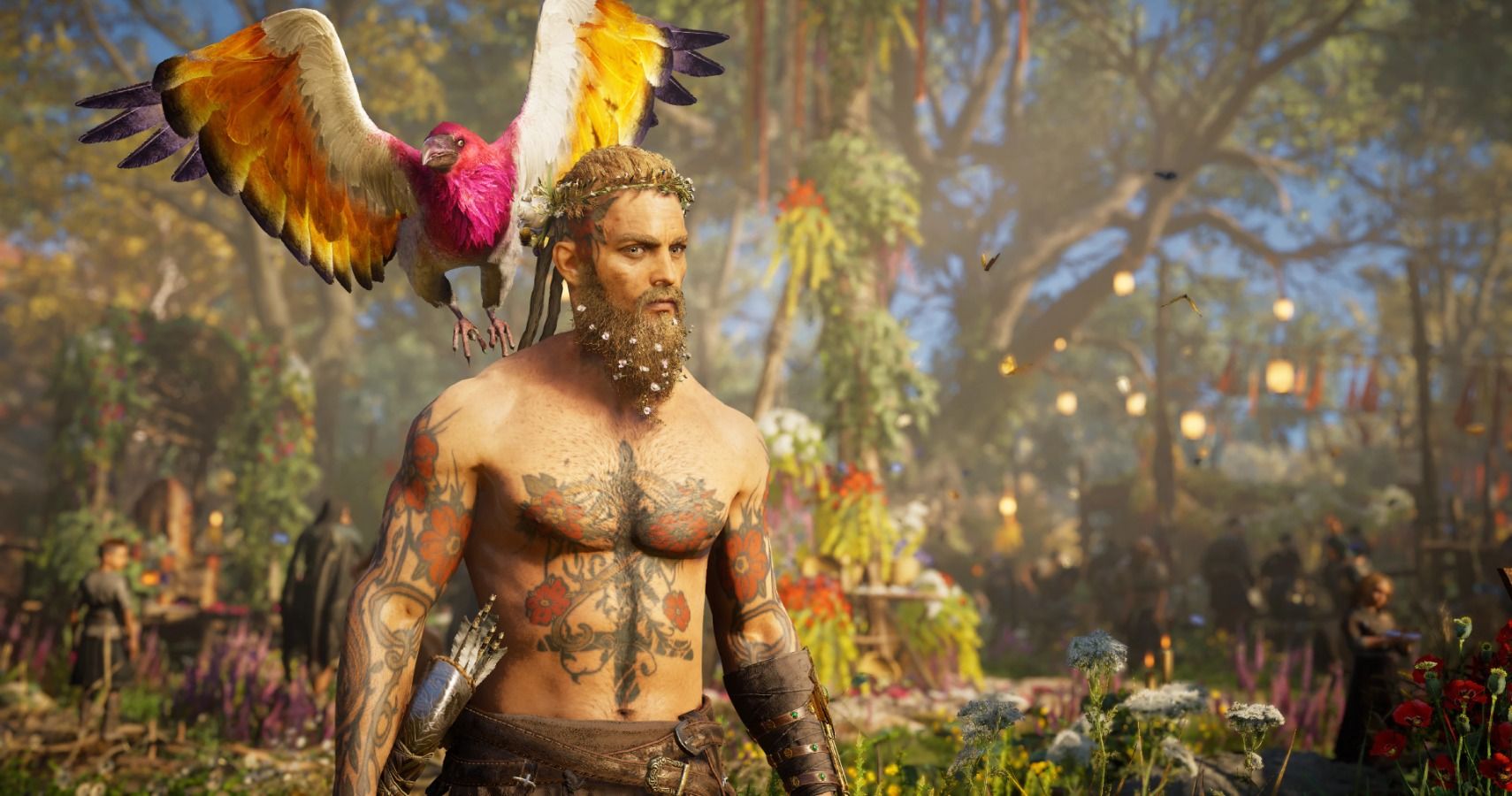