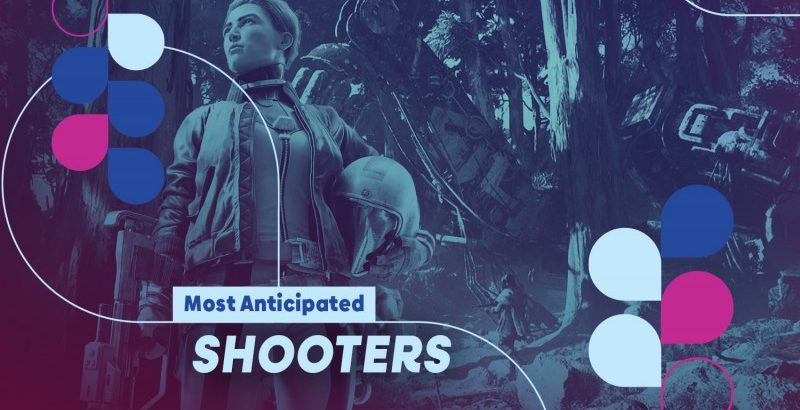 Shooters! A staple of gaming, with more variety than ever today. Whether you’re looking for a co-op or competitive experience, 2022 is likely to have something for you. While mainstays out there such as Fortnite and Apex Legends will undoubtedly get awesome updates over the course of this year, let’s take a look at some of the new titles and major expansions coming down the line.

A major expansion for Destiny is always exciting for active players, returning players, and newcomers. As a hopping-on point, expansions like The Witch Queen let new players come in and power through to catch up to the current player base. With new locations to explore, a new raid, new mods, and more, players can shoot their way to unseen levels of power with wild weaponry and madcap mobility. And there might be a Witch Queen to take on somewhere too. That’s always fun.

Take the wild action of Borderlands and combine it with Dungeons & Dragons and boom, you’ve got the bristling electricity of Tiny Tina’s Wonderlands. Tabletop meets gunplay (okay, maybe a bit more crossbowplay) here with rolling dice, loot chests, and Tiny Tina herself as the chaotic dungeon master. Multiclass to create interesting archetypes and bust out a broadsword for some melee action when the situation gets close-range. Will Tiny Tina’s Wonderlands score a natural 20? We’ll find out soon!

The standard annual release of a Call of Duty game is generally guaranteed, but with news that Microsoft has acquired Activision, anything is possible here. While it’s likely this project has been under development for a really long time and may not be impacted by the acquisition, the future of Call of Duty further out is likely to be a changed entity. What exactly that entails is anyone’s guess, but seeing CoD on Game Pass is going to take some getting used to! What are you looking for in 2022’s entry?

Survival and shooting have been a powerful mix over the last decade, and Stalker 2 looks like it might channel some of that energy into a potent package. Mutants are everywhere, and making it out alive from the Chernobyl Exclusion Zone is anything but a certainty. With an ever-shifting world, a day/night cycle, and tons of customization and tools to toy with, this journey into darkness should be a fun one.

Get co-op with your shooting and take on a legion of deadly mechs with Arc Raiders. As a resistance fighter, you can jump into this free-to-play experience and take on unbelievably dangerous foes. While we don’t know everything we need to about the title just yet, a reveal trailer certainly whets our appetite for some coordinated destruction and defense. Hopefully, we don’t have to wait too much longer for more info!

Redfall looks kind of like a more open-world Left 4 Dead with vampires, which we’re totally on board with. However, many details on how exactly Redfall will play are still left to guesswork. Various loadouts and playstyles are supported as well as playing solo or with friends, but as to how things play out in an actual gameplay session, we’re still a bit in the dark. We do know it’s going to be focused on co-op FPS action, and that’s enough to make us thirsty for more information!