Elden Ring's boss fights can be long, drawn-out affairs where the player dodges and weaves, inflicting slices of damage wherever they can, and eventually emerging victorious after a grueling battle. Or they can last all of five seconds with the right ingredients. Work smarter, not harder, Tarnished.

To give us our lesson on how to work smarter, Twitch streamer BushyGames challenged himself to kill every boss in Elden Ring in one hit. The challenge had but two rules: only one attack allowed per boss damage phase, and no using Comet Azur, which BushyGames just felt was cheating. He did eventually resort to Comet Azur for the final boss, but for the most part, the implements of BushyGames' destruction were a lot of buffs, a bald head, and the Giant-Crusher Hammer.

After creating his One Punch Man-inspired Tarnished, BushyGames set about gathering the base ingredients for his one-shot build. This included the hammer, of course, but various spells, items, and potions that would buff either strength or damage, such as the Axe Talisman, the Spiked Cracked and Strength-Knot Tears, and Ash of War: Determination (which would eventually be replaced by the strictly better Royal Knight's Resolve). Bloodboil Aromatic and Exalted Flesh were common consumables, and Golden Vow and Flame, Grant Me Strength were the self-buffs.

Perhaps the most important ingredient was the Red-Feathered Branchsword Talisman from the Liurnia of the Lakes Deathbird. This gives a massive 20% damage boost provided the player is below 20% health. This turns every battle into one-shot affairs for both BushyGames and whatever boss he's facing.

After killing Morgott and then Godrick the Grafted, BushyGames proceeds to go throughout The Lands Between one-shotting every single boss in Elden Ring. A few bosses presented some issues, such as the Flame Giant and the Elden Beast, but in an interview with Kotaku, BushyGame expressed real surprise that his one-shot challenge was even doable.

"It was a fun run with lots of problem-solving, and I’m very surprised it was even possible in the first place," said Bushy. "On top of that, after posting the video I received plenty of comments and messages that let me know of other items that could have helped or improved the build, those included Ancient Dragon’s Lightning Strike with a faith build, the Rusted Anchor greataxe and Zweihander colossal sword—both of these have thrusting attacks which enable another damage buff called ‘counter damage,’ which is inaccessible on any non-thrusting weapon—and the Marais Executioner’s Sword for its unique Ash of War that can output a ton of damage."

The build did evolve slightly over time, with certain talismans and buffs being swapped or upgraded, but by and large, every fight started with several quaffed potions and thumped chests, and then one utterly fatal hammer blow. It’s certainly not a build for newcomers, but for veteran Elden Ring fans, it’s both a good challenge and a quick way to becoming Elden Lord.

Here's everything that BushyGames used, although not necessarily always at the same time: 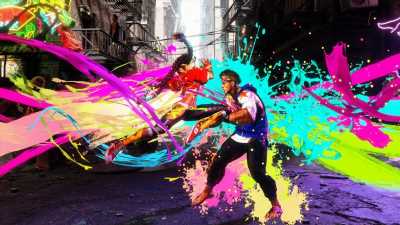