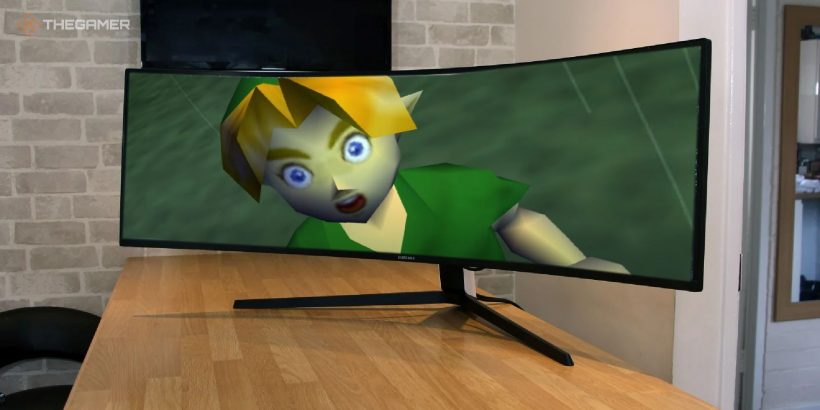 The Legend of Zelda: Ocarina of Time is now available on PC. It took a dedicated team of coders to reverse-engineer Ocarina of Time into compilable C code, and then it took another year for the modding team of Harbor Masters to take that code and turn it into an executable for PC, but it's finally done and ready for download.

As reported by VGC, the new features include full HD graphics, ultra-widescreen resolution support, keyboard support, modding support, force feedback for controllers, and gyroscopic aiming. That last one means that Ocarina of Time will even work on the Steam Deck.

Developer Harbor Masters noted that it even has plans for more features in the future, including text-to-speech, 60fps mode, twin-stick camera controls, HD models and texture packs, 3D audio, and both Linux and Mac support.

But before you dive into the Discord to download this port, we should note that the software requires a legally-sourced ROM of Ocarina of Time. The software, which is called “Ship of Harkinian," actually extracts Ocarina of Time's assets to run the game on PC. Since the software is technically not bypassing any DRM or using copyrighted materials, it should be legal enough to avoid the wrath of Nintendo's lawyers.

As noted by VGC, the reverse-engineered Mario 64 PC port is still around and hasn't been sued into oblivion, so there's hope that Ocarina of Time can stick around too.

Apparently, Ocarina of Time was a lot easier to port to PC than Mario 64. That's thanks to a scripting system that's more akin to modern games.

“Our game has an asset loading pipeline much more similar to modern games,” Harbor Masters coder Kenix told VGC. “We have a resource manager that runs on a separate thread that loads assets from our archives."

Harbor Masters said that they’ll be working on porting Majora’s Mask next. To download Ocarina of Time, head to Harbor Masters' Discord.

The PC port of Ocarina of Time opens the door to all sorts of mods, which can vary in usefulness from this one that adds ray tracing to this one that replaces every texture in the game with Toad’s face. I’m not sure why you’d want to do that, but you can.