Nvidia had another stellar quarter, reporting this week it had revenues of $4.73 billion for its third fiscal quarter ended October 25, up 57% from a year earlier.

We talked to CEO Jensen Huang about those results, but we also strayed into other issues as well, such as the environment for antitrust. The tech giants like Apple, Google, Amazon, and Facebook are facing more scrutiny these days on antitrust, and I asked Huang if that affected Nvidia, especially as it attempts to acquire Arm for $40 billion. Nvidia also said its GeForce Now will debut on iOS via the web, with Fortnite coming soon, in a way that was constraining because of Apple’s rules about cloud gaming.

I also asked him if he thinks that Arm deal will also make Nvidia become more open than it otherwise might be. We also chattered about the PC versus the next-generation consoles and how Nvidia’s two big businesses, gaming graphics and AI/datacenter chips, are contending with each other to become the company’s biggest source of revenues.

We hope you enjoy the conversation. Here’s an edited transcript of our interview. 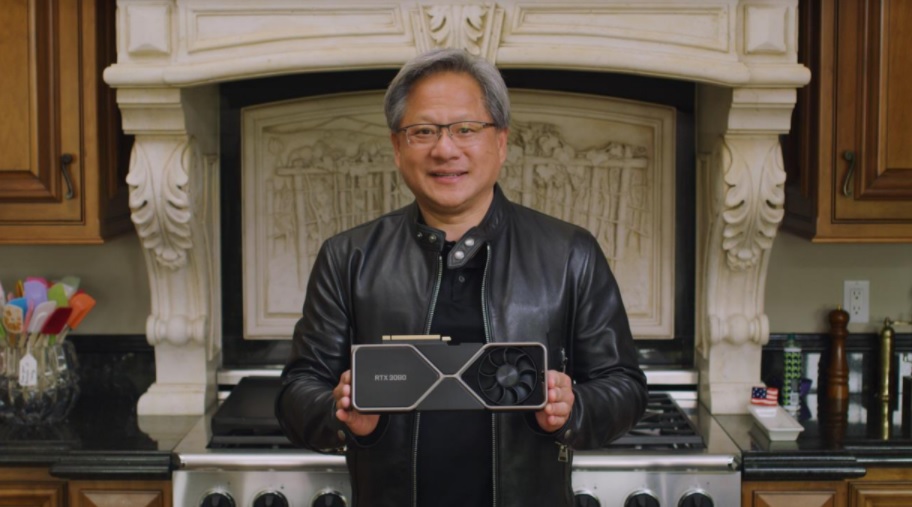 GamesBeat: Congratulations on another good quarter. On anti-trust, I wondered — the regulators and Congress are all going after the tech giants now. Is that something that might affect Nvidia in some way, like with the ARM acquisition? What do you think about the environment for anti-trust?

Jensen Huang: There’s nothing on my radar. All the businesses we’re in are super competitive. ARM has giant customers. The new markets they want to grow into, they’re the severe underdog. There’s every reason to believe that by adding more horsepower to ARM, we’re going to increase customer choice and increase innovation in the marketplace. Our assessment is that regulatory is going to be quite favorable to this transaction.

GamesBeat: Do you think ARM can help Nvidia become more open than it ordinarily might be?

GamesBeat: The other side of this is, do you want other companies to be more open and allow you to do more? For example, Apple and GeForce Now. That cloud gaming app can’t really happen except on the web. How do you feel about others being open? 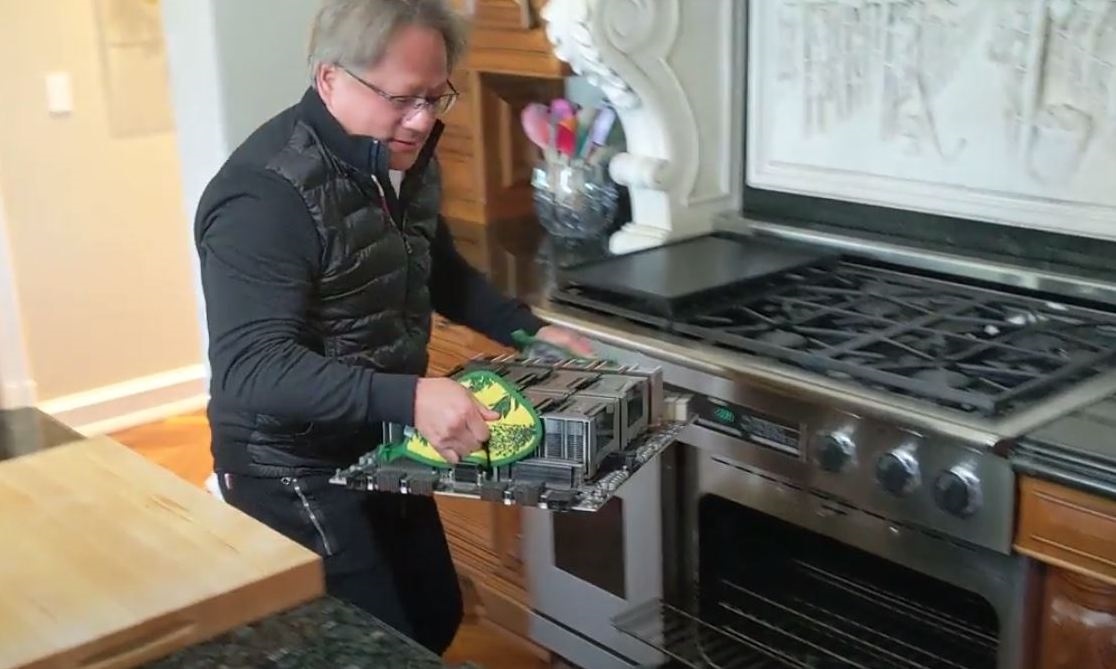 GamesBeat: We have another console season here. What do you think of the PC versus console right now? There’s an interesting competition shaping up.

Huang: I don’t really think they’re competitors. The things you can do on a PC, you can’t do them on a console. But the thing that’s great is that all the content developers are having to raise the bar because the consoles are so powerful. Everyone is moving to raytracing, which is fantastic. All of that is good for gaming.

If you look at the way that people use PCs these days, as you know, gaming has gone well beyond just gaming. It’s used for art. It’s used for sport. It’s used for sharing and influencers. The PC is the best platform for doing all of that. Not to mention, you need a PC anyway for video conferencing and things like that. You might as well get an Nvidia GeForce with AI broadcasting and all that stuff. It’s good bang for the buck.

GamesBeat: I see gaming and the data center are trading the lead in your revenues back and forth. Do you expect that to keep happening in the foreseeable future?

Huang: I hope the two businesses will continue to trade leads in the size of the business. It’s a foregone conclusion that everybody in the world will be a gamer someday. There are only a billion active gamers today. Someday there will be 7 billion, 8 billion active gamers. The growth opportunity for gaming is still well ahead of us. Gaming is the only entertainment that can be any entertainment. You and I both know that when the metaverse, we’re going to spend a lot more time in game worlds, not just to game, but just to hang out, to be with people, to interact with people. The gaming market has a great future ahead of it. 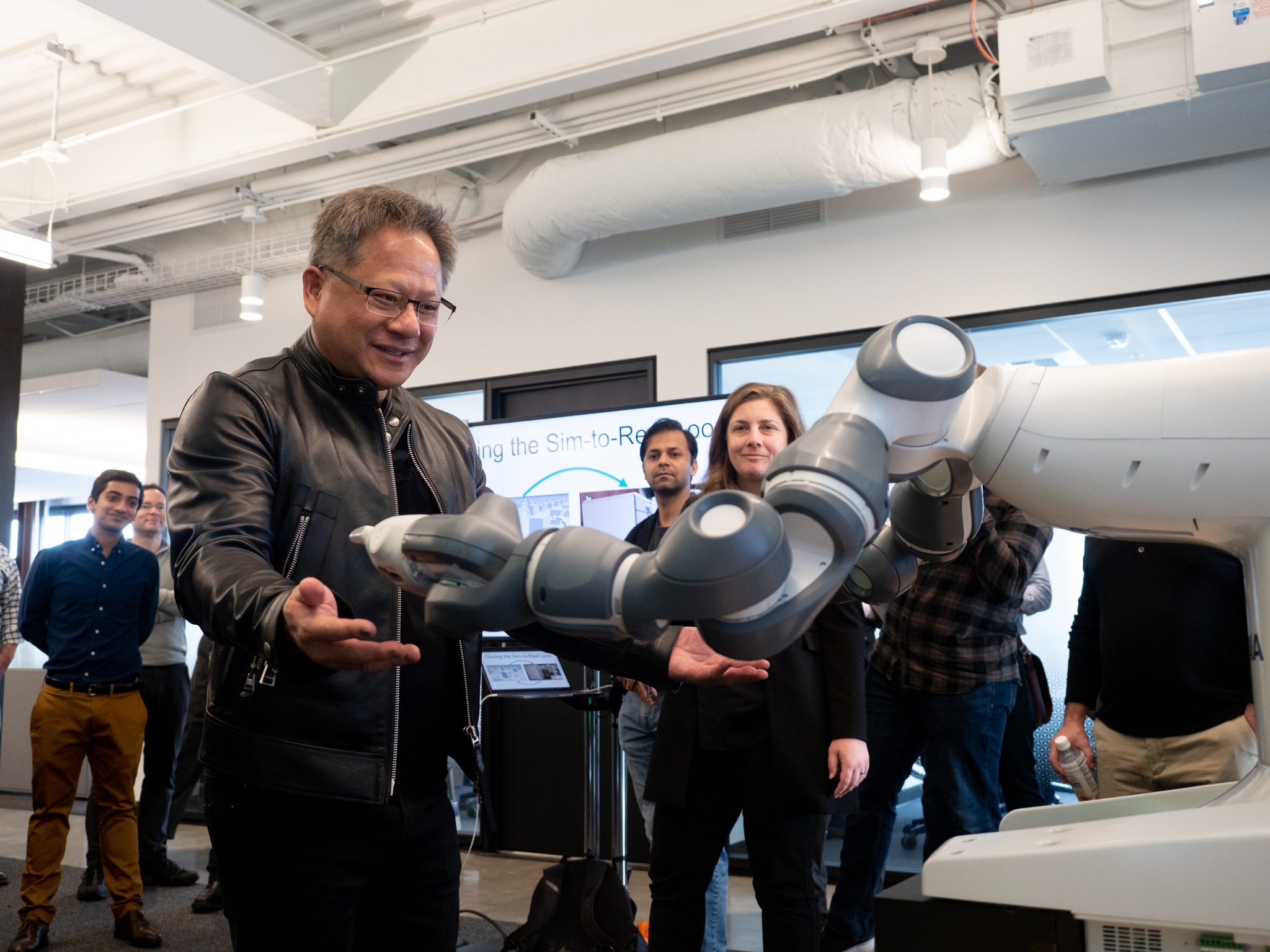 On the other hand, I also know that AI is a new way of writing software, and this way of writing software is going to impact every industry. Because we can now write software that we otherwise could not before, computing could reach more places that we otherwise could not before. For example, who would have thought that on the roads of the future, a billion computers could be just driving around? Who would have thought that, in the future, there will be thousands of computers roaming around warehouses and factories? Those are all new applications that otherwise wouldn’t have been possible without AI.

Every building will be an AI. Everything will be an AI. That’s going to generate a lot of data, a lot more computing. The computer industry is going to be gigantic because of AI. It’s the catalyst that’s been missing. It’s the final piece of the puzzle, to write the software. If someone can write the software, we can sell a computer. Now we can have computers write software. Those two businesses are long-term secular opportunities.