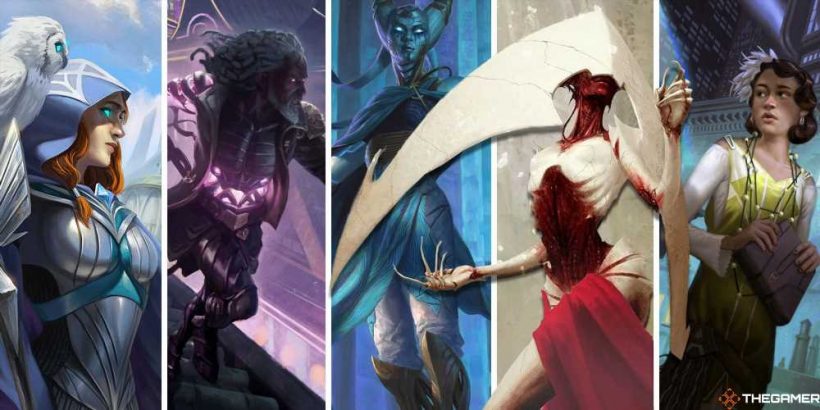 You'd be forgiven for not knowing just from looking at the cards, but Magic: The Gathering has an ongoing story that's been running nonstop for decades, with a whole multiverse of worlds to explore and an endlessly expanding cast of Planeswalkers who ebb and flow out of focus. Weirdly, it's probably one of the closest things gaming has to EastEnders, except instead of Janine Butcher causing havoc in the Queen Vic, it's Nicol Bolas systematically harvesting the sparks of all the Planeswalkers he trapped on Ravnica in his pursuit of godhood.

Like any long-running story, Magic splits itself into arcs. 2019 saw the end of 'The Bolas Arc', which saw the elder dragon Nicol Bolas attempt to bend the multiverse to his will in a massive battle known as the War of the Spark. For the few sets after that, Wiz+ards focused on exploring the multiverse recovering from such a cataclysmic event, with sets like Throne of Eldraine, Ikoria, and Theros: Beyond Death only marginally moving the story along.

2021's Kaldheim kicked things up a gear with the return of one of Magic's oldest enemies, the Phyrexian Praetor Vorinclex. Phyrexians are essentially Magic's take on the Borg or Cybermen – horrific amalgamations of metal and flesh who want to convert (or "compleat") the entire multiverse to their own ways, with the Praetors being their five leaders. It was a huge shock to see Vorinclex appear out of nowhere, unannounced and unteased, and it set the stage for the story over the next two or three years: the return of the Phyrexians.

Without veering too far into spoiler territory, the sets since Kaldheim have been gradually building up the Phyrexian presence. Strixhaven and the two Innistrads kept it mostly in the background, before the stakes were brutally raised in Kamigawa: Neon Dynasty with the first-ever compleation of a pre-established Planeswalker. Streets of New Capenna then furthered the conflict by putting new pawns into play with Urabrask (who I'll get onto soon) and the famed Ellen Ripley to the Phyrexians' Xenomorphs herself, Elspeth Tirel. 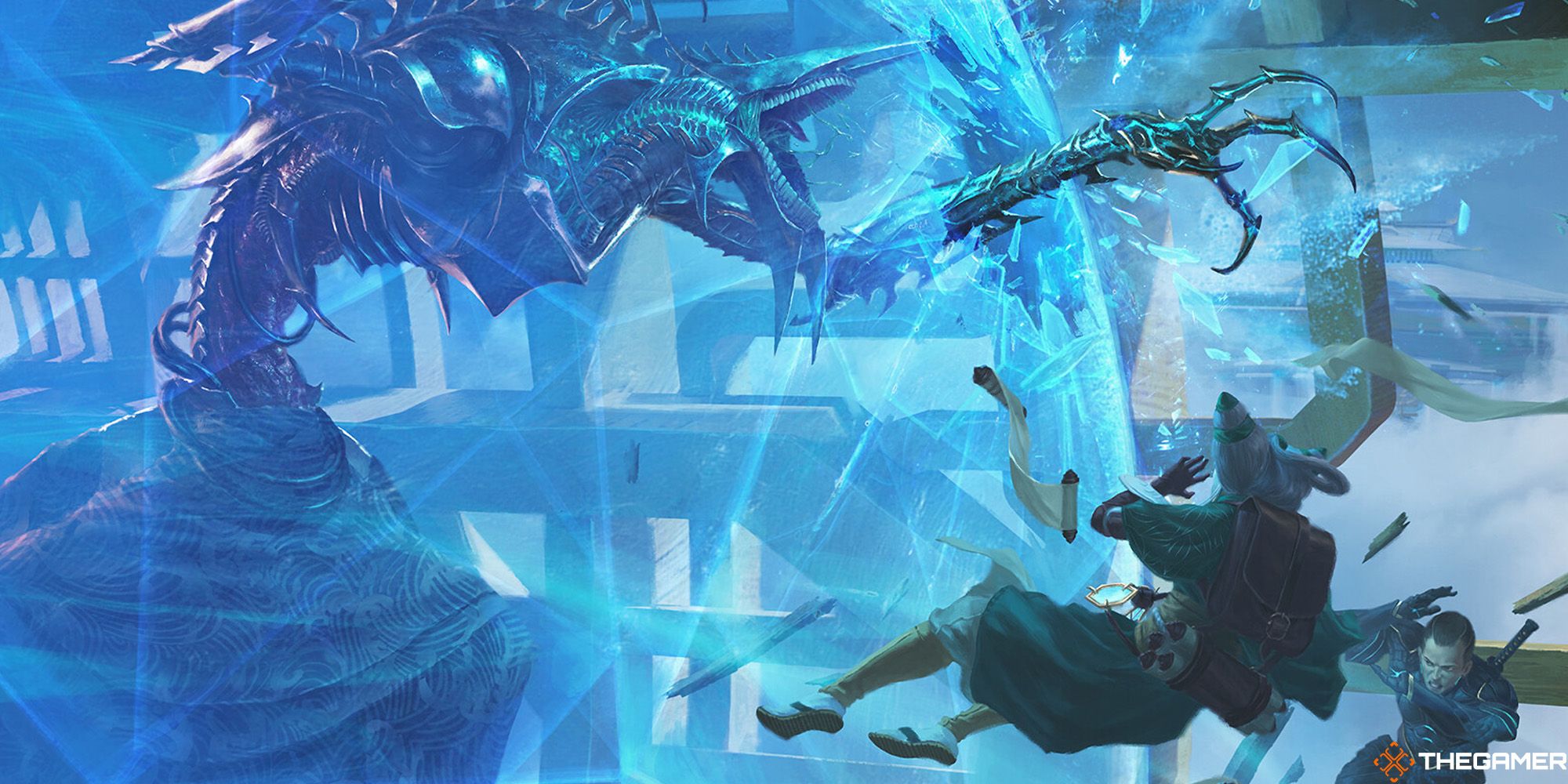 With both sides amassing their forces, we're in a strange time where we know what's likely to come, but not how heart-breaking it will be. We've already seen the worst-case scenario happen once in Neon Dynasty, and the question on everyone's mind is "who's going to be next". There is a palpable sense that Magic's multiverse isn't going to be the same after this arc in a way that maybe even rivals the downfall of Nicol Bolas, and you've got the chance right now to get in and enjoy those gut-punches as they unfold over the next few sets.

But the shock and spectacle of a massive, multiplanar war where any character could see a fate worse than death isn't the only reason why now is a good time to get into the story. The other reason is that there's been a remarkable increase in its quality in the last couple of years as well. Considering how bad things got just a few short years ago, it's incredible to see how stellar it is today.

At the culmination of the War of the Spark, Wizards of the Coast decided it wouldn't release things on the website anymore, and would instead tell it through novels and eBooks. This turned into an unmitigated disaster – not only did it make the story less accessible at the point where everyone was already hooked, the content we got was total garbage to boot. 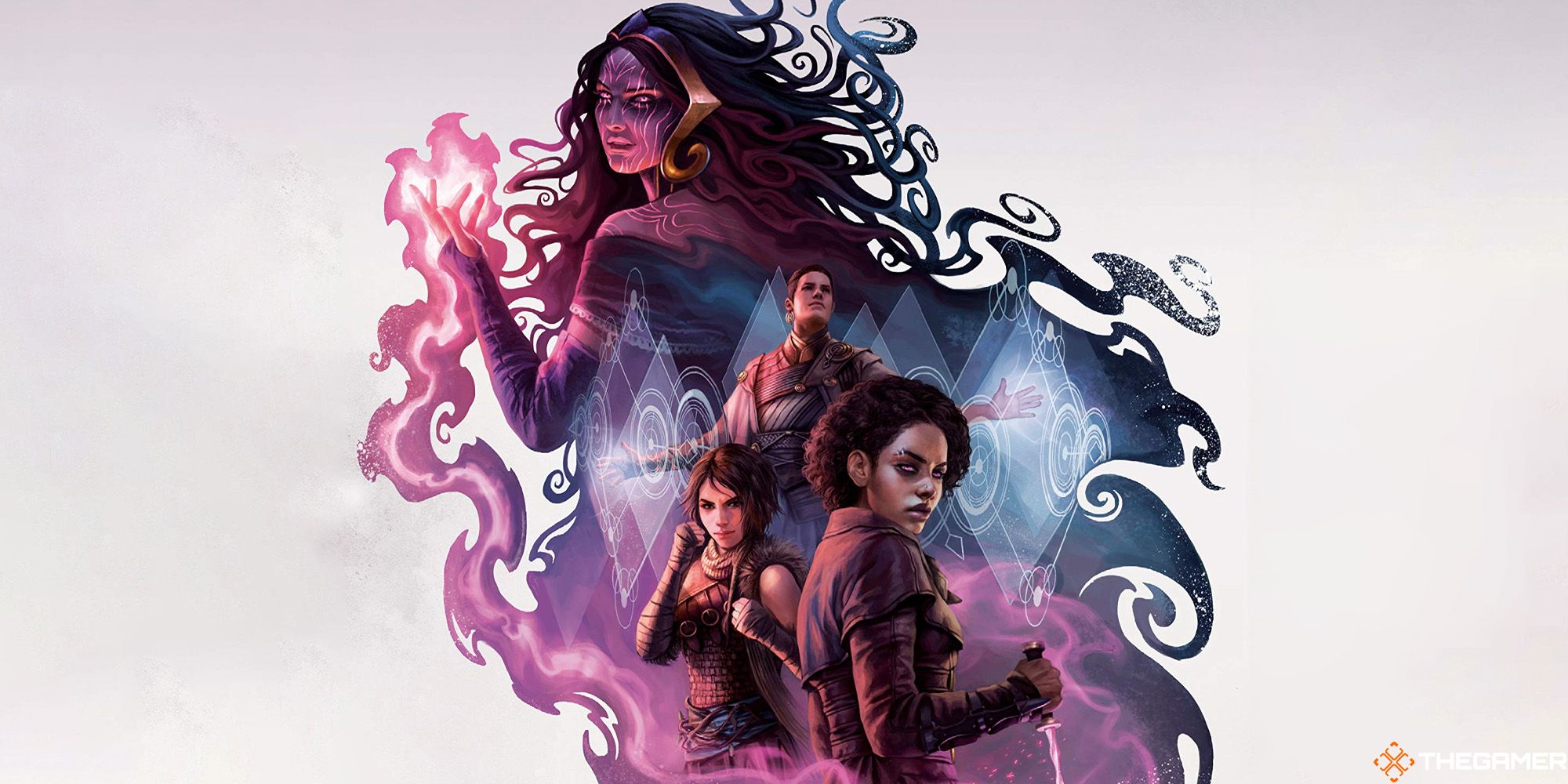 The two War of the Spark books by Greg Weisman were so bad that Wizards had to release a public apology for blowing up a decade of meaningful queer representation and one of the series' most popular couples by retconning main character Chandra into being unambiguously straight. The backlash to War of the Spark: Forsaken was so intense that the entire Theros: Beyond Death story was cancelled, and we didn't get answers on what happened in that until Streets of New Capenna three years later. 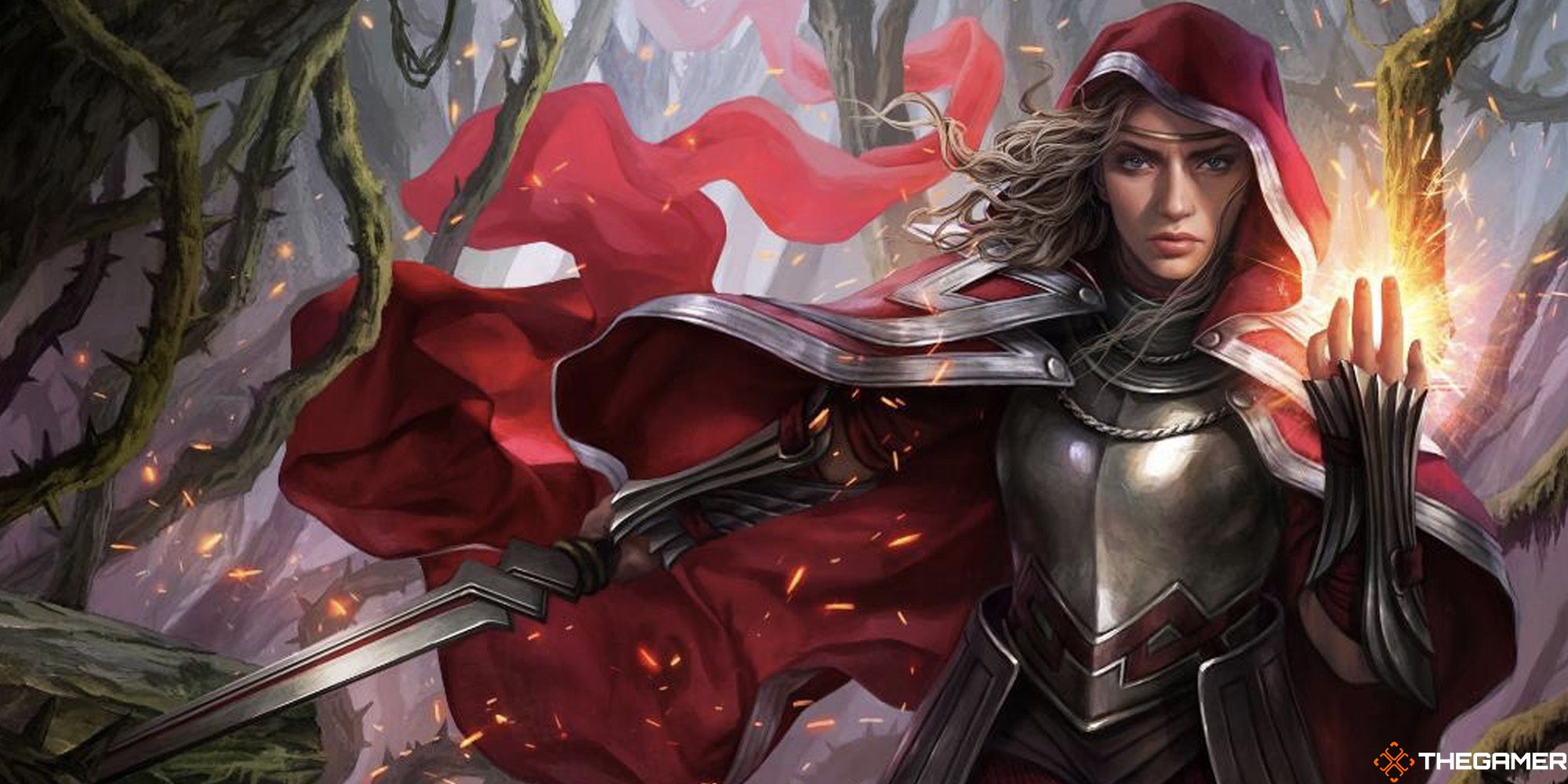 The two eBooks, Throne of Eldraine: The Wildered Quest and Ikoria: Lair of Behemoths – Sundered Bond weren't as unforgivably bad as the War of the Spark novels, but they never hit the same as the online story did before them. They lacked that episodic structure that had made Magic's soap opera model work so well for years before them, and there's a distinct disconnect between them and the cards they're based on.

The quality has shot up massively since the return to the online format with 2020's Zendikar Rising. Each set had a mostly self-contained story offering meaningful insight into its focal Planeswalkers. We learned more about characters like the Kenrith twins and Lukka in Strixhaven than in either of the eBooks they debuted in. Chandra even got a new, queer romance in Innistrad: Crimson Vow, in spite of Weisman.

But by far the most interesting thing to see is how Wizards is approaching this arc's villains, the Phyrexians. Instead of having another moustache-twirling antagonist like Nicol Bolas, Wizards has been putting the work into making the Phyrexians an almost sympathetic enemy. Considering they're a species of metallic body-horror nightmares that subject people to untold traumas, it is impressive. 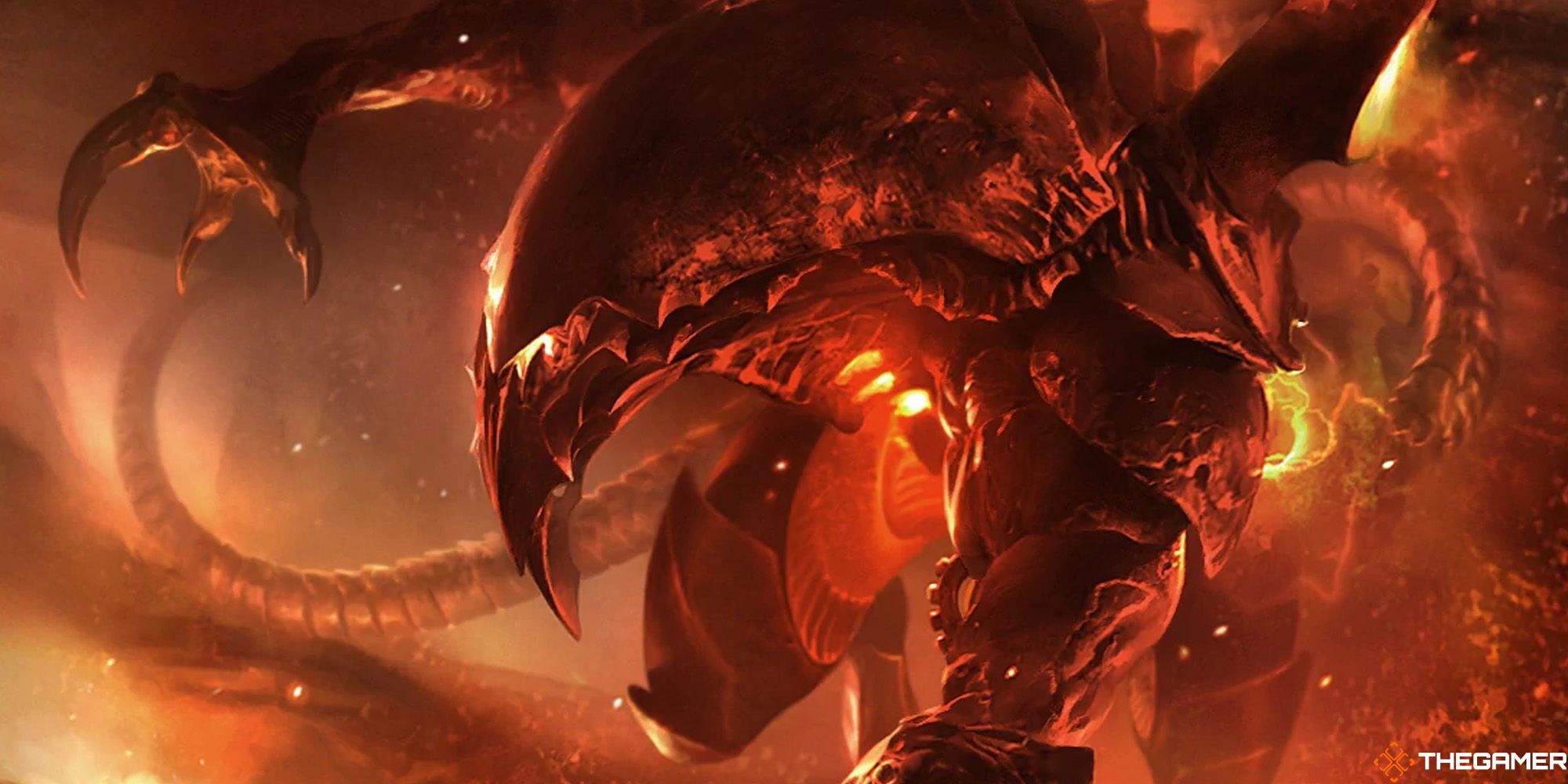 Streets of New Capenna reintroduced us to Urabrask, the red Phyrexian Praetor who wants to stand against Elesh Norn. He's always been the most compassionate of the Phyrexians, locking away humans deep beneath the earth in order to protect them from Phyrexian compleation, but getting to see it first-hand in New Capenna and, hopefully, the upcoming battle with Norn easily makes him the most intriguing character of the whole current saga.

But by far the single best chapter of Magic story released in years has been A Garden of Flesh by Lora Gray. Not connected to any set, the story focuses on the Mother of Machines herself, Elesh Norn, and delves deep into her psyche in an introspective tale full of gruesome imagery. While saying it 'humanises' Norn would be going too far, it peels back that unreadable, porcelain layer and shows her motives for her work in a way we don't often see from the writhing masses of New Phyrexia. She isn't just fighting for control for the sake of it like Bolas, she's doing it for her people – as horrific as they are.

With the next set being the Dungeons & Dragons crossover Commander Legends: Battle for Baldur's Gate, right now presents a perfect gap for you to catch up before presumably the next big developments in September's Dominaria United. You don't even need to go that far back either – reading the free stories released on the website since Kaldheim is enough to get you up to speed on the current Phyrexian arc without having to buy a single card. Put in the effort and you'll find some of the best storytelling Magic has ever done, and you'll be prepared for when the war with the Phyrexians really blows up over the course of Magic's 30th birthday next year.