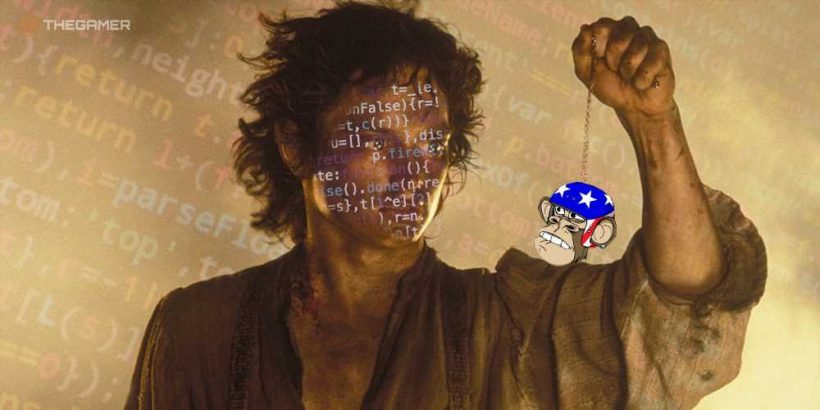 A few months ago and you couldn’t go a day without someone announcing their new NFT project, but now we can almost go a full week before someone even mentions NFTs. Or not, as in the case of Dr Disrespect’s Midnight Society, which just announced a new line of NFTs without ever actually calling them NFTs (but make no mistake, that’s exactly what they are). It seems like “NFT” has become a dirty word amongst game developers, and it’s not hard to see why.

To be clear, NFTs (at least, in their current form) are universally bad. They’re pointless, bad for the environment, half of them are probably scams. That’s not my opinion either; Valve’s Gabe Newell was so uncomfortable with all the “sketchy” stuff going on with NFTs he banned them from Steam.

Recently, people and companies that were previously gung-ho over NFTs have backed away due to public backlash. And that backlash is having a very real effect on the NFT market. According to the Financial Times, trading volume of NFTs on OpenSea has fallen 80%, and the average selling price of an NFT has dropped 48% since its peak last November.

It's starting to look like the NFT wave has finally crashed and is now on the backslide. That's not to say that NFTs have disappeared entirely, but the initial craze that resulted in so much fraud and such ludicrous prices and applications is being replaced by the cold, hard facts of reality. Nobody really wants to pay $10,000 for a picture of a bored monkey, but maybe there are other applications for NFTs that don't suck.

Midnight Society's idea, for example, is to use NFTs as a means of identifying special members of a club. Whoever owns the NFT gets special access to loot giveaways, social events, and early access to game builds. And each NFT only costs $50, so it’s a reasonable expense for an exclusive relationship with a thing you enjoy.

It’s not a perfect system, and you could argue that NFTs aren’t the ideal method of keeping track of club members, but it’s a better use-case than trying to convince people that your silly avatar should cost thousands of dollars.