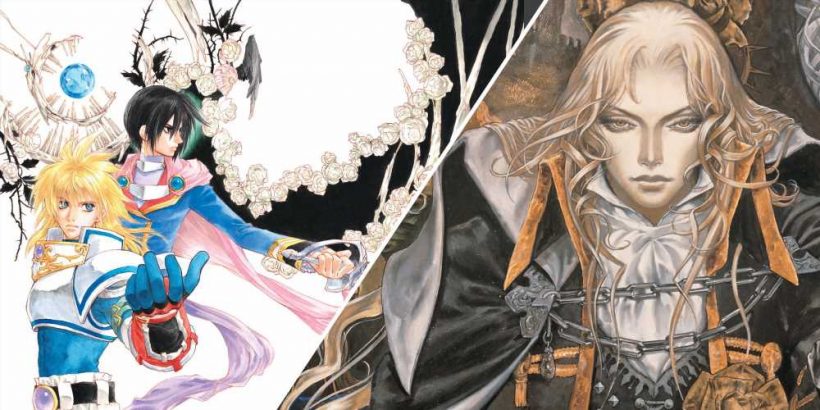 Ever since fighting games blew up in the '90s with the arcade sensation Street Fighter 2, elements of the genre have been creeping into other genres. Although admittedly, a number of these influences have been primarily aesthetic in nature – such as all the Suikoden characters who perform Street Fighter-esque attacks.

However, a number of games took it a step further and incorporated elements taken directly from the genre. We have seen super attacks in puzzle games, Hadouken motions in Metroidvanias, and we have even seen complete fighting game systems translated into side-scrolling beat-'em-ups. These mechanics are almost always a welcome addition and help certain games stand out in their respective genres. 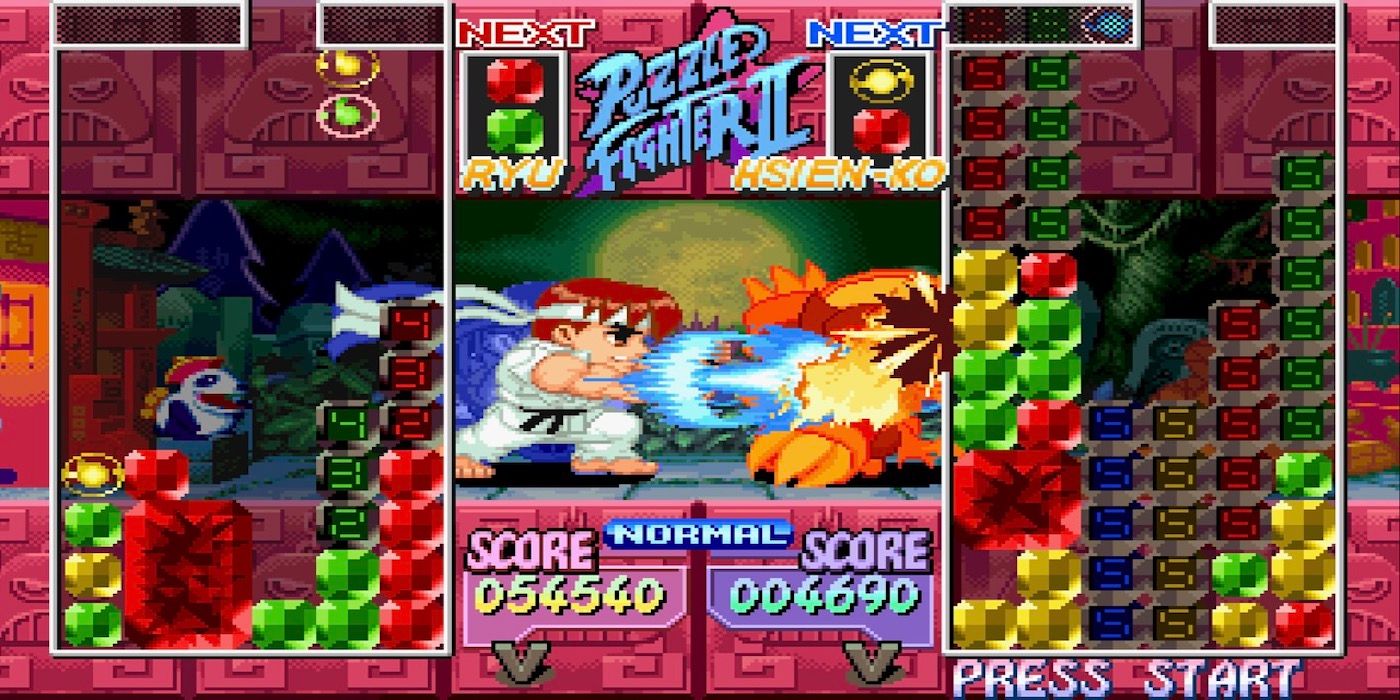 Well, this almost feels like cheating. Of course, Super Puzzle Fighter 2 Turbo is a puzzle game, but it was built, from the ground up, to emulate Street Fighter.

Firstly, you select your different warriors. Each has a different drop pattern associated with them, so they are all distinct. From there, you try to create chain reactions by detonating blocks in such a way that other catalysts will drop, creating further eruptions. This is, of course, referred to as a combo in a fighting game. These are all accompanied by glorious fighting game animations as well. It is a fantastic experience for those who love puzzle games and fighting games.

9 Castlevania: Symphony Of The Night

Symphony of the Night is well known for having a lot of content. Like, a lot of content. So, it isn't necessarily surprising that you may have missed that it is actually lined with a fair amount of fighting game mechanics. For one, all of Alucard's magic has command inputs familiar to fighting games (especially the King of Fighters games, as these commands are a little on the complex side).

However, it doesn't begin and end with the magic system. Alucard can also get a number of weapons that have command specials associated with them. One of them, known as the knuckle duster, feels like a fighting game reference as it gives you a projectile attack done with the Hadouken movement. Moreover, once you complete the game and unlock Richter, all his special attacks have fighting game inputs; he even gets a Shoryuken-style attack.

One of the characters in Final Fantasy 6, Sabin, is a monk. Brilliantly, Square decided to sell this by giving him specials tied to fighting game inputs. Sabin can do all the classics: a flurry attack (like Honda's Hundred Hand Slap), a projectile (like Ryu's Hadouken), and a suplex (much like Zangief's Piledriver).

While this is a mechanic you may have cursed if you weren't great with fighting game inputs, and you just wanted to use Sabin, fighting game fans most certainly appreciated the implementation. As an aside, these moves are some of the most satisfying in the game. You haven't lived until you suplex a train.

Introduced in Twisted Metal 2, energy attacks aren't weapons you pick up, they are performed using command inputs. A lot of these commands will be familiar to Mortal Kombat players. Lots of back-forward style inputs. They even have a freeze attack that operates a lot like Sub-Zero's iconic attack, and David Jaffe has in the past talked about being influenced by fighting games, so that is likely not a coincidence.

The energy attacks do a lot for giving the series an element of complexity. Many new players won't use them at all, but these attacks will inevitably become necessary to compete (as they can be quite potent). Once players start actively using energy attacks they will have to start being more aware of their power meter as well. These types of mechanics are what keep games fun even dozens of hours in. 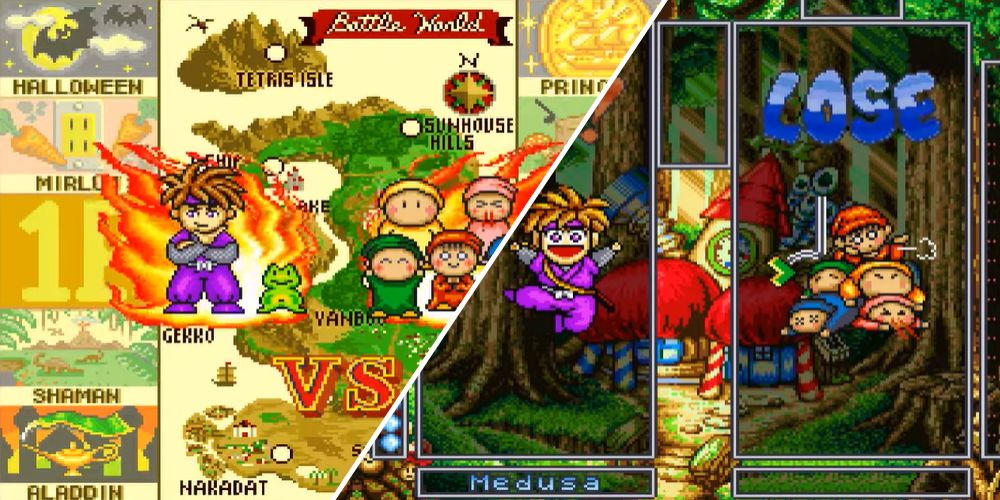 It is, at times, possible to feel pretty cynical when thinking about the state of the world. However, in those moments, just remember that there is a Tetris game that incorporates fighting game elements, and you will be reminded that there is beauty in the world.

During your Tetris dual a super meter will build up. The meter has several notches which each align with a different, more powerful, super attack. Super attacks, and different levels of super attacks, are something that are a staple of fighting games. Like most classic fighting games, the balance in Tetris Battle Gaiden is busted too. You can do some extremely nasty things to your opponents with some of these super attacks. Which is all part of the fun, of course. 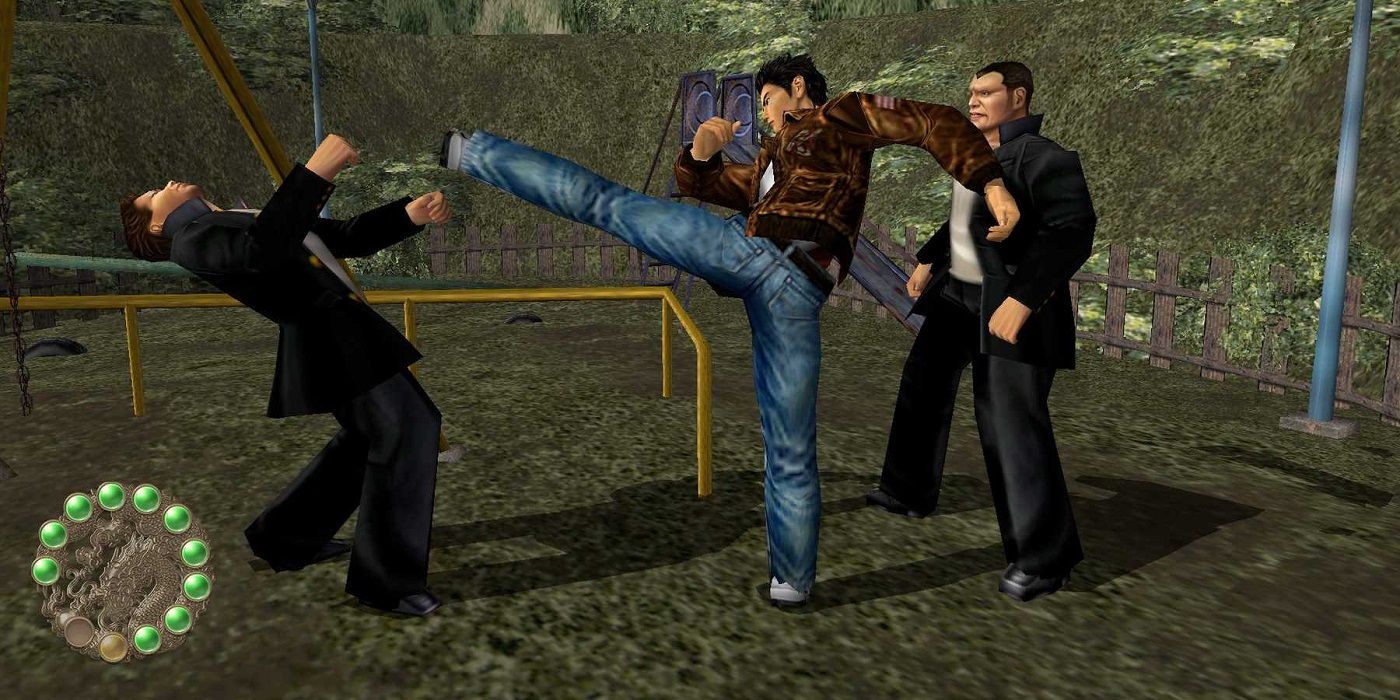 Famously, Shenmue was developed using the Virtua Fighter engine. Which does mean that the battles have a lot in common with the grandfather of all 3D fighting games. What is fascinating about Shenmue is that it doesn't let its fantastic combat engine dictate the flow of the story. The story takes its time to unfold, never looking to arbitrarily force you into awkward combat scenarios.

However, when the fighting starts, rest assured: it is top-notch. You have an incredibly expansive move list, there is an emphasis on careful positioning, and punishing your opponent's whiffed attacks (or you can create your own opportunities using the parry). It all works really well and makes for a different experience from nearly any other action-adventure title. 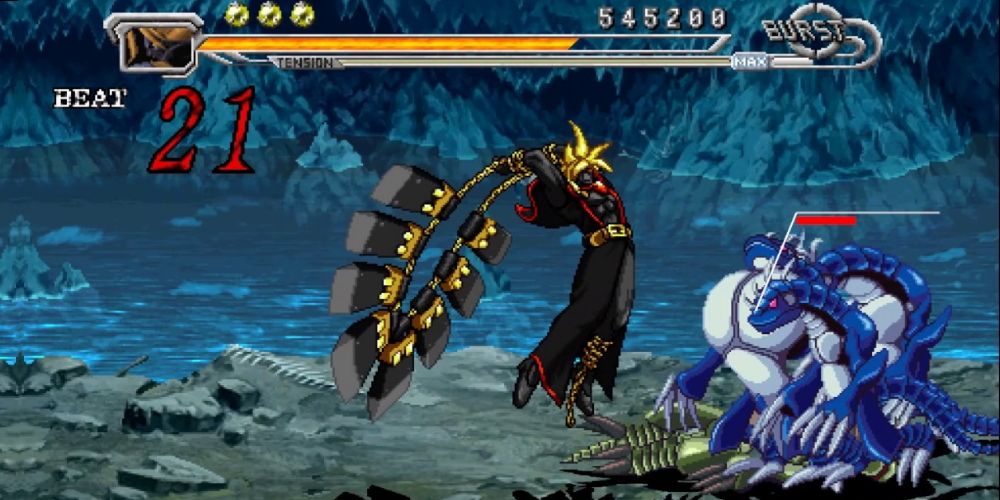 With Guilty Gear Judgement, the developers took another route altogether. Why just transplant one or two fighting game mechanics when you can wedge them all into a single beat-'em-up? This is, for all intents and purposes, a fully-featured Guilty Gear game.

Of course, some compromises did need to be made. An example of this is the jump button, which replaces the standard up input from the traditional Guilty Gear games (as that is needed for moving between different planes). There is also a little awkwardness with some of the move inputs as you can face left and right. Still, it all works really well. And it lets you play a beat-'em-up with a full suite of fighting game modes. Which is a great experience.

Guardian Heroes is the ultimate beat-'em-up fighting game hybrid. It has all the best elements of the Dungeons And Dragons Arcade games (like the branching paths and leveling up system) while incorporating a number of fighting game inputs. Here the fighting is done on three linear plains, which you can switch between at will.

This helps the fighting game motions feel a little more reliable than in other beat-'em-ups that tried to incorporate special moves with command inputs. This comes from the golden era of Treasure, when they were putting together magical games. Guardian Heroes is easily among their best.

Windjammers has long been a series that has strong ties to fighting games. It has special commands, super attacks, and you have the ability to select different unique characters balanced around the classic strong vs fast archetypes. Windjammers 2 builds on all that the original game introduced. There is a reason this is a game series that has been played at a number of high-profile fighting game tournaments throughout the years.

However, there is one thing that is very closely associated with modern fighting games tied directly to Windjammers 2. It has rollback netcode. This allows Windjammers 2 to deliver an excellent, competitive, online environment. 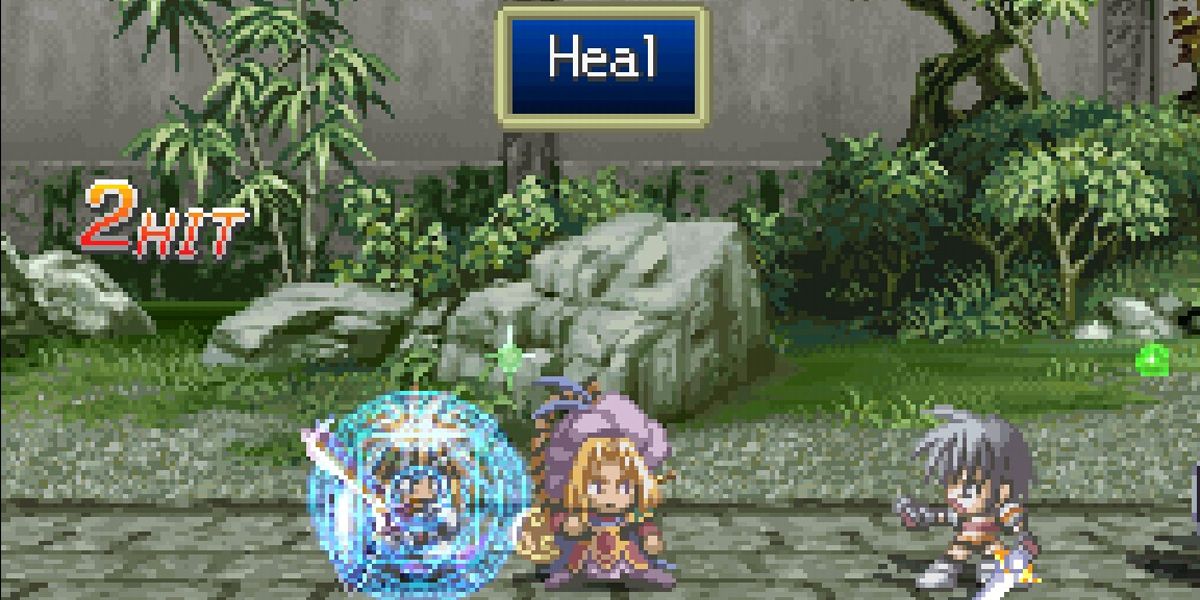 The Tales Of series has always been a unique fusion of the RPG and the fighting game. While Tales Of Phantasia got the ball rolling, it was with Tales Of Destiny that the feel of the battle became more fluid and really delivered the impression of a fighting game.

While the specials are simplified, the 2D plane allows fighters to control space similar to a classic fighting game. You can also string together basic combos. It is a simplified version of the fighting game formula, but it works really well. Unfortunately, with the later games in the series, and the move away from the 2D perspective, they would lose some of their fighting game DNA. However, the PS1 Tales Of games will always exist as a shining example of that unique fusion.