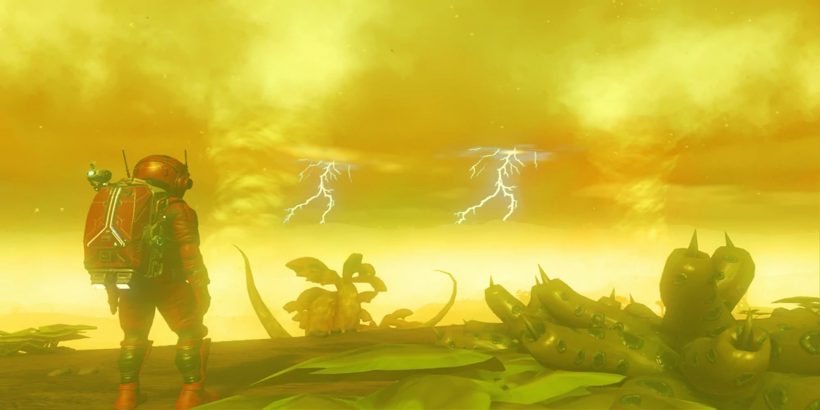 No Man's Sky is bringing its space exploration and survival antics to Nintendo Switch on October 7, complete with a new trailer to show off how it looks on the handheld.

It comes complete with all six years worth of updates so you won't trail behind if you decide to pick it up on Switch. That means you can enjoy everything from the Foundation to the Leviathan Update.

It's also releasing physically on PlayStation 5 with both being published by Bandai Namco. So if you have a PS5 lying around and want another shiny new game to decorate your shelf, maybe this is the golden ticket. Or if you're just itching for some Starfield and want to see if the comparisons stack up, you might find something of value here.

This release means that No Man's Sky will be available on all platforms across the board whether you're on Xbox, PC, Nintendo Switch, or PlayStation, so there's plenty of choice for how you want to tackle this procedurally generated behemoth. But if you do pick it up on Switch, you can always chart the unknown galaxy on the go. Maybe fly around in a spaceship while you fly around in a real-life plane.

But it doesn't stop with the Switch. No Man's Sky is being ported to PSVR2 as revealed earlier this month. If you're out of the loop, PlayStation is developing a brand new VR headset aptly dubbed the PSVR2 and No Man's Sky developer Hello Games is working on a few upgrades to make it work with the new headset, like graphics. It should make for an even more immersive space delve.

Understandably, however, the game has taken a hit to get running on the Switch, so it doesn't look quite as good as it does on other platforms, but it's still fairly impressive considering the limitations. Vast and infinite planets all in the palm of your hand.