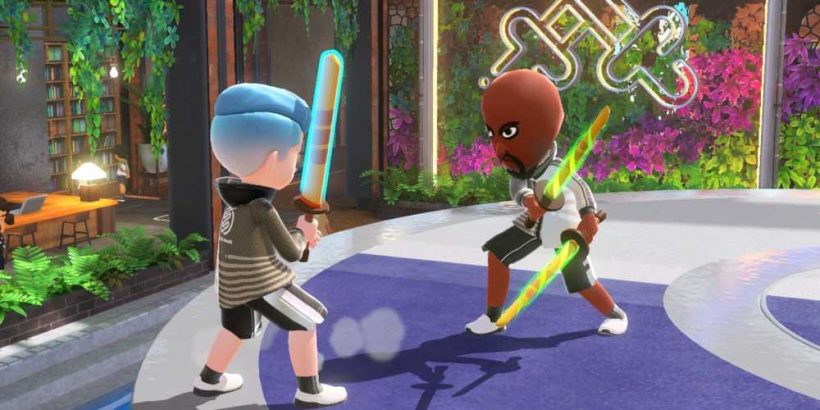 Nintendo Switch Sports launches today. An unlikely sequel that will conjure up all sorts of feelings of nostalgia for those of you who played Wii Sports, which came bundled with the console it takes its name from. Nintendo will be hoping those nostalgic feelings are stirred up as much as possible by Switch Sports. There is one element from the first game, and the Wii as a whole, Nintendo hopes won't resurface this weekend as people play Switch Sports for the first time, and it has issued a warning about it just in time for the new game's arrival.

That element is people letting go of their Wiimotes, or in this case Joy-Con, in the heat of competition. Wii Sports broke new ground in a number of ways when it launched, urging millions of people to get up and be active while playing their games. The problem is, that also resulted in some Wiimote-inflicted injuries where the controllers' straps weren't being used, as well as a few shattered TV screens.

Although a number of Switch games utilize motion controls in a similar way to the Wii, it's not the selling point it once was two consoles ago. That has prompted those running Nintendo Japan's customer support Twitter account to warn anyone playing Switch Sports this weekend to please, be careful. “For your safety, please accompany your child when playing Nintendo Switch Sports. Please be careful not to hit the children playing with each other or hit the Joy-Con on the TV,” a loose translation of the tweet reads.

That presumably means watch your kids while playing to make sure they're using the wrist straps and not standing too close to one another. It's advice worth noting for adults too, though. A follow-up tweet mentions the wrist straps, probably reminding a lot of Switch owners that they actually exist. If you exclusively play your Switch in handheld mode, you might not even know the Joy-Con have wrist straps as you will have never needed to use them.

Speaking of using your Switch in handheld mode, Switch Sports will be pretty useless in that regard. It's something that may not have crossed the minds of some people, but since the game requires you to get up and make use of the detached Joy-Con's motion controls, the game can't really be played in handheld mode. Nintendo confirmed that during a playtest earlier this year when it made mention of the game not working on the Switch Lite since the console is handheld-only.