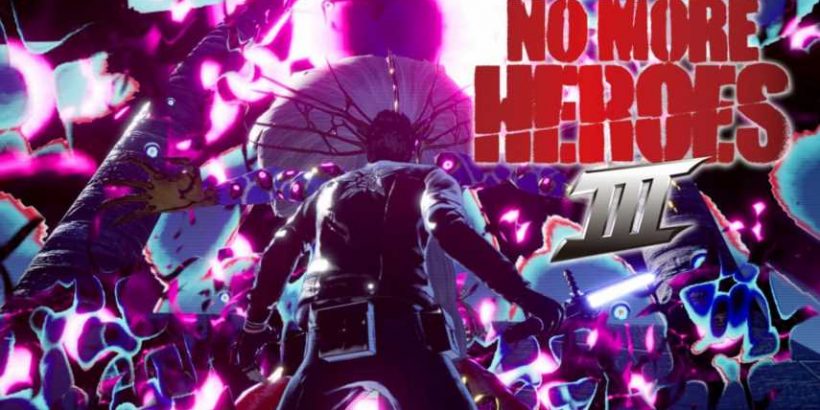 After Nintendo’s E3 presentation ended it looked like there would be no update on the anticipated No More Heroes 3. However, while the game was absent from the livestream, Nintendo uploaded a Nintendo TreeHouse to its YouTube that offered a 25-minute deep-dive into the game. The video offered a look at a few combat portions of the game, as well as a look at some of the wardrobe customizations available for Travis Touchdown and some mini-games he will participate in.

No More Heroes 3 was announced at E3 back in 2019. While the game was initially meant to release sometime in 2020, the coronavirus pandemic pushed the date back to this year. Now, we are finally seeing what Grasshopper Manufacture and director Suda Goichi has in store for Travis Touchdown. For this sequel, Travis will be facing off against aliens. The demo offers a look at how combat will work for the game, alternating between basic and stronger attacks, and using the Nintendo Joy Cons for motion control. It also shows off how to utilize Travis’ main weapon, a beam katana, and how to use the roulette meter for bonus attacks.

The demo also showed off how customizable Travis’ wardrobe will be. With multiple colors and styles of shirts and jackets, players can make Travis all their own as they slash and kick their way through aliens. The video also gave a peak at one of the mini games involving Touchdown’s cat and a ball.

Fans also got a peek at one of the boss fights in the game and were treated to a special message from the director himself, Suda Goichi. Goichi promised that this entry, while offering some unique gameplay and features, will feel like a classic No More Heroes game. He also mentioned that while previous games offered part-time jobs for Travis to tackle, this time around you can participate in volunteer missions. While there are many games out there, Goichi hopes that you will root for No More Heroes 3 as they are making it into “friggin’ rad and exclusive game”!

No More Heroes 3 is set to release on August 27 exclusively for Nintendo Switch.