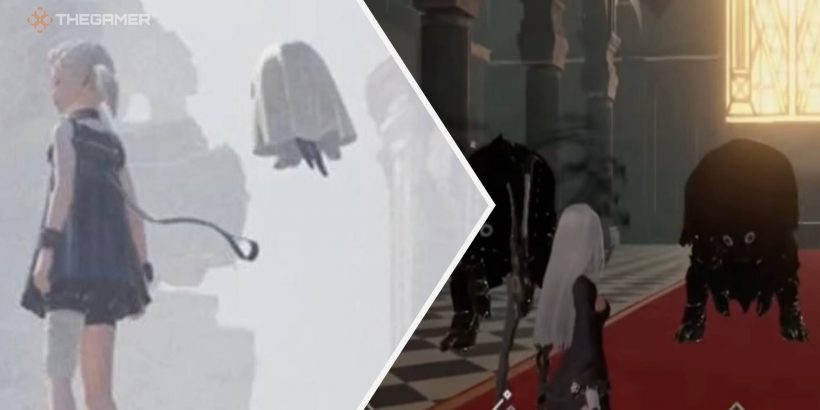 The best and most brilliant thing that can be said about Nier Reincarnation is that it feels like a proper Nier game. Free-to-play, strictly mobile, and absolutely gacha-infused, this spinoff set off immediate alarm bells across the fandom from the moment it was first introduced. How could any game be designed around such cornerstones and yet maintain the powerful emotional currents and one-of-a-kind quirks of Yoko Taro's more traditional series fare?

Yet here we are, and Taro's terrifically talented team has once again delivered something crisp with narrative flourishes and intricate gameplay elements. Many of these elements, by virtue of genre and platform, will nevertheless feel familiar to mobile gacha fans searching for their next big scene. Daily farming runs, individual skill enhancements, starred rankings to increase level caps — the works.

Lost in the shuffle of so many crunchy RPG mechanics, the Character Rank system can be particularly perplexing. What separates Rank from all those other parameters? How can it be boosted? What does it even mean? Read on, and you'll soon be impressing even Mama with your Rank-based know-how.

What Is Character Rank? 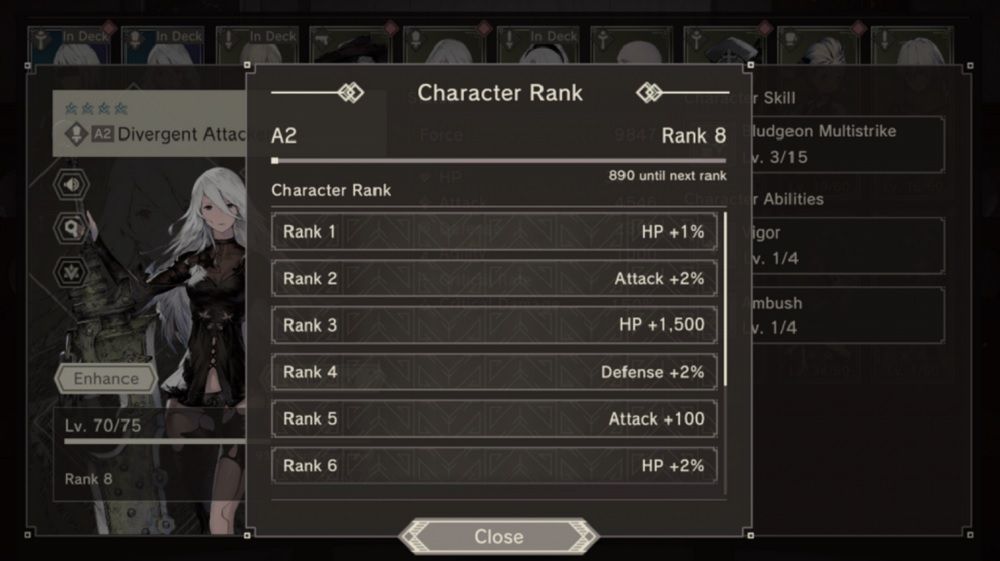 Nier Reincarnation's tutorials describe Character Rank as a guideline for the proportion of bonus stats that can be acquired. That's helpful, but only to a point. What bonus stats, exactly? Well, think of it this way. Increasing a character's level enhances their stats all-around. Increasing their skills ups their damage threshold and other offensive measures. Ascension controls the current level cap and that character's access to passive buffs.

This leaves us with Rank, which essentially serves as a nice linear path that rewards progress with pre-established bonus stat gains. Take the above screenshot for example — here, A2's Rank 1 through Rank 6 bonuses are displayed. (Scrolling down would list the remainder of her Ranks, including her present Rank of 8.)

Note that each time A2 reaches a new Rank, a particular stat increase at a set amount. A percentage increase of two for A2's Attack might not sound like much but bear in mind that characters' statistics in Nier Reincarnation tend to come with a lot of digits attached, and the difference between "big" and "a bit bigger" can be surprisingly important.

In this case, A2 would have had 4534 Attack, but instead, she has 4625. All thanks to her Rank 2 boost. That seemingly insignificant rise can make or break the battlefield.

How to Raise Character Rank 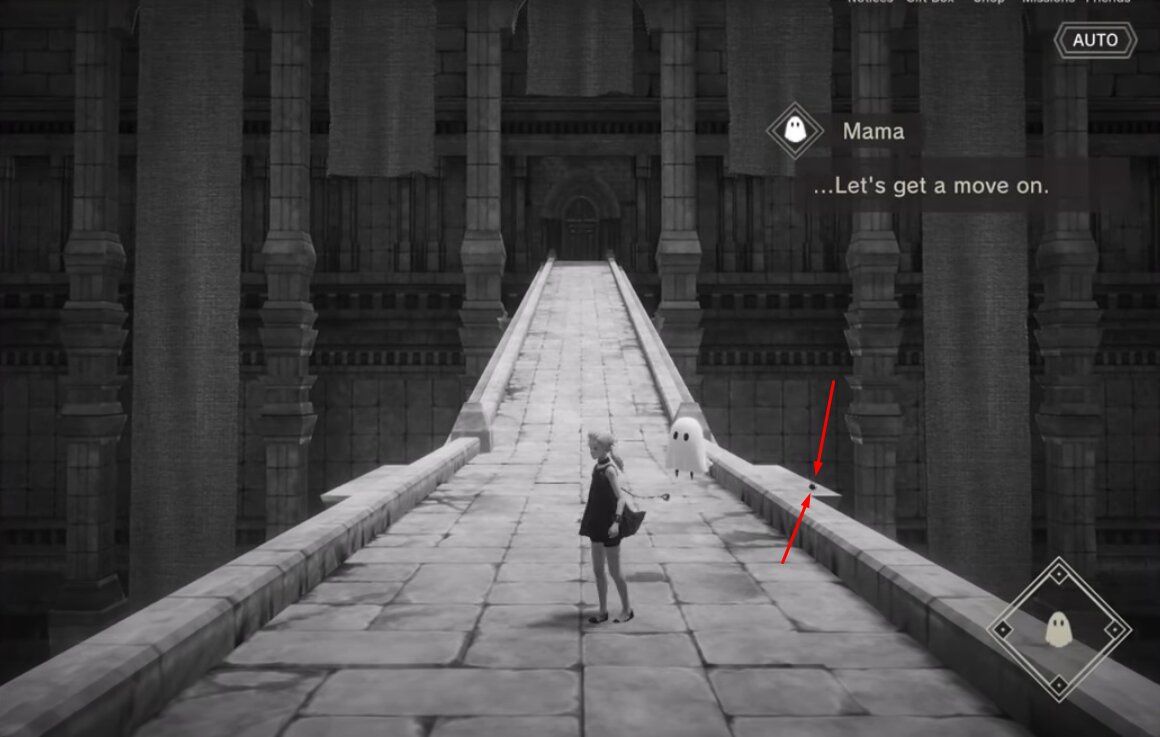 Some of Nier Reincarnation's character growth systems are more arduous to elevate than others. Pulling duplicates in the gacha pool, acquiring key items from the event exchange shop — things of that nature.

Character Rank is merciful in this regard. Rank Points are gained through battle. That's it. Every combat encounter concludes with the accumulation of Rank Points. All characters who actively participated in the fight are eligible to collect the goods.

There are a few finer points to consider, however. For starters, it's worth noting that Character Rank is tied not to costume, but to the character unit. This might sound obvious, but not every aspect of Nier Reincarnation operates in this manner. Put another way, every Akeha unit will earn Rank Points collectively, not just Akeha units with a specific costume.

As for the best way to quickly gain Rank Points, it all boils down to a simpler question: where should you grind? There's nothing wrong with taking things slowly and steadily if you'd prefer, but if you want to increase Character Ranks as fast as possible, replay Main Quests and Event Quests on the highest possible difficulty setting. In this case, the old saying "high risk, high reward" absolutely applies.

Should you be grinding Rank Points for a leading character, like Griff or Gayle, consider focusing on their story chapters. They'll earn more here than anyplace else. You heard it from Yoko Taro, folks — it pays to relive one's nightmares!