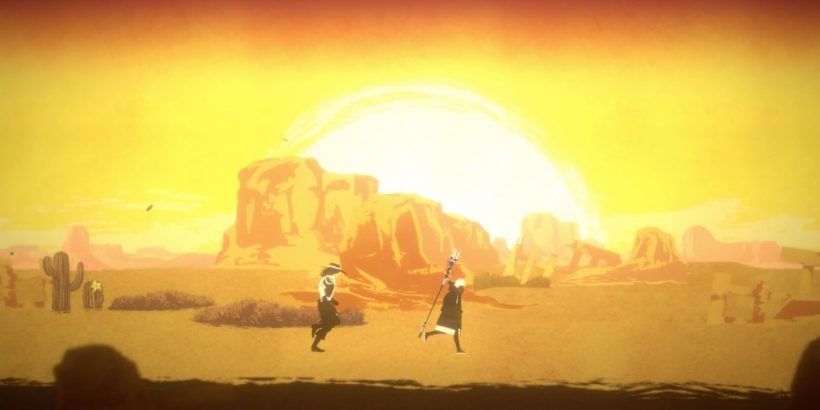 Nier Replicant launched just a few weeks ago, but it looks like more of the series is just beyond the horizon. Square Enix today released a new gameplay trailer for Nier Reincarnation – a mobile spin-off directed by Yoko Taro – and officially opened pre-registration around the globe.

Based on the scraps of info we have, Nier Reincarnation seems to follow a mysterious Girl in White who finds herself trapped in a world called Cage. Throughout her journey, she’ll be accompanied by an adorable ghost – called Mama – as she tries to figure out where she is and how she got there.

Like most highly-anticipated mobile games, Nier Reincarnation is offering community rewards if certain milestones are reached. If over 300,000 players pre-register, everyone will earn 3,000 in-game gems – which can be used with Reincarnation’s currently-unexplained gacha system.

Despite being a mobile spin-off, there’s a lot of firepower behind the upcoming title. Yoko Taro is directing the project, with Keiichi Okabe acting as composer – who previously worked on Nier: Automata – and Yosuke Saito returning as producer after wrapping up Replicant.

Nier Reincarnation is available for pre-registration on both iOS and Android, although Square Enix and Applibot are yet to announce an official release date. Earlier this month, the team revealed the English localization was complete, but it still had to make “final adjustments in preparation for the upcoming pre-registration.”

With pre-registration now live, it sounds like the mobile Nier game is all but ready for launch.

Now is a great time for Nier Reincarnation to hit the market, with the recently released Replicant putting the series back on everyone’s mind. The repackaged game earned incredible reviews from both critics and consumers, and anyone itching for more Nier won’t have much longer to wait. Reincarnation looks to be another mysterious romp through the mind of Yoko Taro, and it’ll be interesting to see how Nier translates to the small screen.