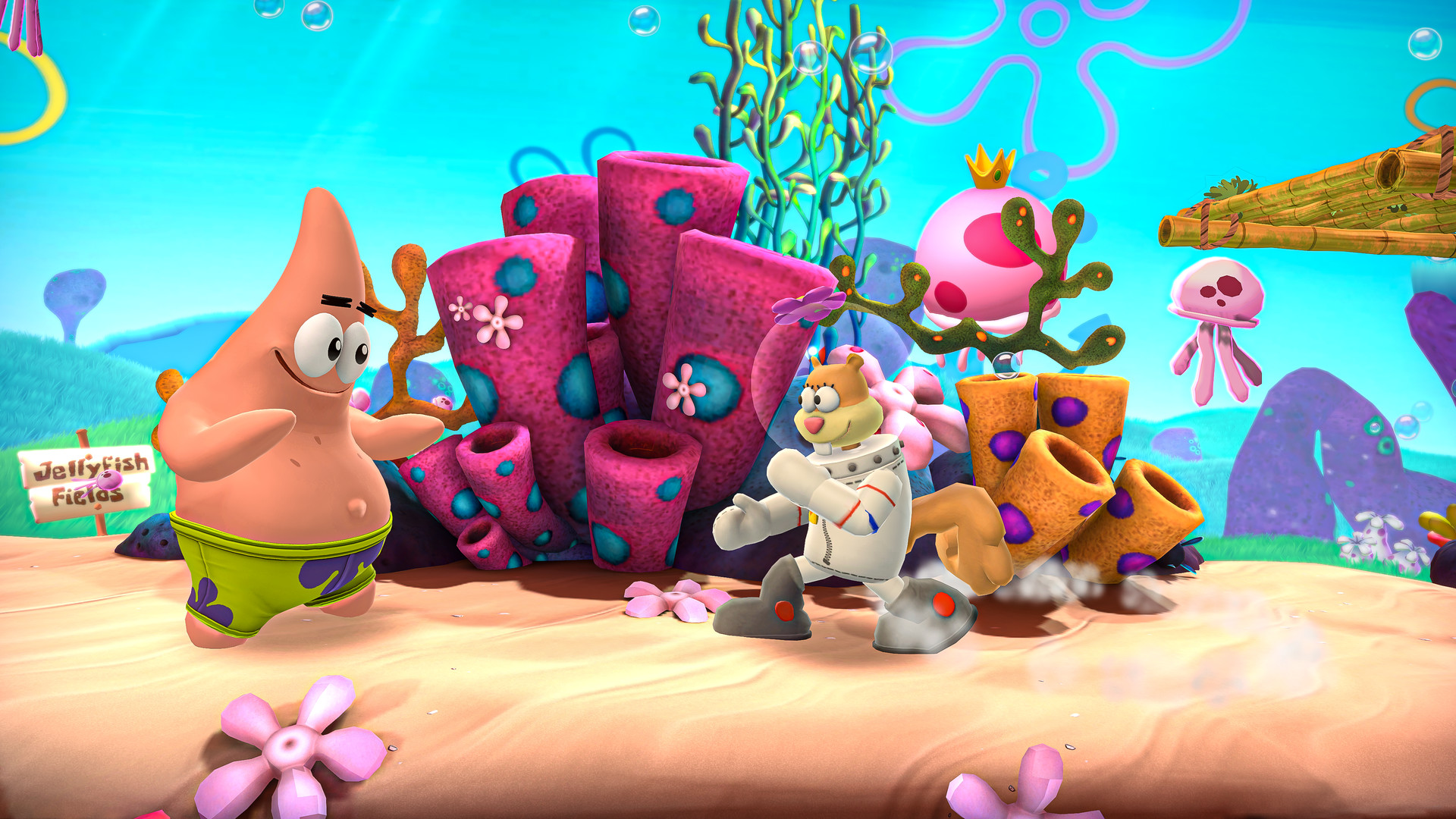 There’s a good reason no Super Smash Bros. clone has come close to matching the original’s popularity. Even when you discount Nintendo’s characters and history, the customisation, polish, and mechanical finesse has been refined over numerous instalments. They always build on what’s come before with more stages, modes, and characters, to the point where the latest version, Super Smash Bros. Ultimate, feels like an immaculate execution of the initial concept.

Despite the sky-high competition, there’s been plenty of copycat attempts over the years. PlayStation All-Stars Battle Royale tried to remix mechanics to differentiate itself but failed to be any kind of cohesive celebration of Sony’s history. Brawlhalla might be the closest competitor, with its random blend of crossovers ranging from Rayman to Adventure Time, and which has staged its own world championship event over the past five years.

The latest unashamed copycat is Nickelodeon All-Star Brawl, which follows the Super Smash Bros. template even closer than other imitators. The designs of menus and character select screens are practically identical, while mechanically, there’s only a few key changes, and omissions, which separate the combat from its blockbuster inspiration.

The main tenets are certainly the same. In battles for up to four players, you damage opponents to build up their percentage, which makes it easier to send them flying into the screen’s edges for the knockout. The main difference is how reserved Nickelodeon All-Star Brawl is. There’s no items to whip up chaos and of the 20 stages based on Nickelodeon locations, only a few present any meddling distraction, like moving traffic or sinking sandpits, to disrupt the core fighting.

As such, Nickelodeon All-Star Brawl feels oddly catered towards Smash purists. If you found Nintendo’s fighter too intimidating or complex to pick-up-and-play at parties, this feels more fiddly and difficult to explain to casuals. It’s made worse by the game’s lack of effort to onboard new players, with the entirety of its tutorials side-lined into a laborious and off-putting 29-page slide show that’s unforgivable by modern standards.

To summarise, attacks are divided between light attacks, strong attacks, and special attacks, which are all mapped to separate buttons. There’s three variations in each, whether pressed in neutral, or tilting up or down on the control stick. The weirdest decision might be mapping jump to a button instead of tilting upwards, which while something you’ll eventually get accustomed to, feels like a clumsier alternative to a tried-and-tested method.

With wave-dashing, grab attacks, and similar tactical plays for recovery, Nickelodeon All-Star Brawl offers just as much depth in its core mechanics. The stripped-back approach sometimes works to its benefit, especially in one-on-one fights where the high-speed movement – which feels closer to Super Smash Bros. Melee’s freneticism – makes matches a zippy tussle to land the big blows and send opponents screeching across the map.

Many probably aren’t turning to Nickelodeon All-Star Brawl for its surprisingly solid mechanics though. There’s 20 characters on the roster, ranging from classic favourites like SpongeBob SquarePants, Teenage Mutant Ninja Turtles, and Avatar: The Last Airbender, to deeper cuts like Powdered Toast Man from Ren & Stimpy and Oblina from Aaahh! Real Monsters.

They have fighting styles to compliment their personalities, with SpongeBob blowing bubbles; Michelangelo adopting his nunchucks for swift, short-ranged attacks; and personal favourite Catdog manipulating his dual heads into various manoeuvres and weapons.

Some of the omissions, however, come off as cynical attempts to cash-in on DLC. The only representative from Rugrats is Reptar, which feels odd when SpongeBob SquarePants has three, in the form of SpongeBob, Patrick, and Sandy Cheeks. Helga represents Hey, Arnold! without Arnold himself, and there’s no nods for The Fairly OddParents, Jimmy Neutron or Rocko’s Modern Life. There’s always going to be personal bias over the roster, but as a well-rounded representation of Nickelodeon’s past and present, too many classics feel purposefully overlooked to sell season passes.

The game’s presentation carries soulless baggage too. There’s no recognisable music or voicework from any of the shows, with matches instead opening up with bland text exchanges which might as well not be there. It gives the whole experience a cheap knock-off quality and misses half the reason why fans are excited to see these characters fight in the first place. Why bother to include Nigel Thornberry if he isn’t going to snigger ‘Smashing’ after every KO?

It doesn’t help that there’s no context or worthwhile extras to unlock to celebrate each character’s history, with the perfunctory single-player arcade mode only offering concept art and profile avatars as rewards. There’s more variation on the multiplayer side, with stock, timed, and sports matches. The latter, while not particularly innovative, might be the most accessible and best suited for parties as it sees you knocking balls into your opponent’s goal, alleviating the need to be a competent fighter.

One of the biggest selling points among dedicated players might be the rollback netcode for online play. While we experienced some hiccups with lag, which made a few rounds unplayable, generally connecting and playing matches is slick and responsive. There’s an option to search in specific territories too, if you’re having trouble connecting further afield. The main oversight might be the lack of cross-play support to play matches across all platforms – with developer Ludosity so far silent on whether this will be addressed in a future patch.

Nickelodeon All-Star Brawl is a mechanically solid fighting game that’s devoid of the personality its roster deserves. While it’s a decent emulation of the charms of Super Smash Bros. as a technical fighter, and improves on its online functionality, the absence of any fan service or worthwhile nostalgia makes what should be a celebration somewhat cold and lifeless. With the amount of value and affection for gaming icons loaded in Nintendo’s brawler, this fighter, while competent, might be best left in a pineapple under the sea.

In Short: A mechanically solid and fun Super Smash Bros. clone which doesn’t have the style, personality or affection for its characters to reach the heights of its inspiration.

Pros: As a fighting game, it’s fast, fun and complex. Decent online functionality. Move-sets are reflective of each character’s personality.