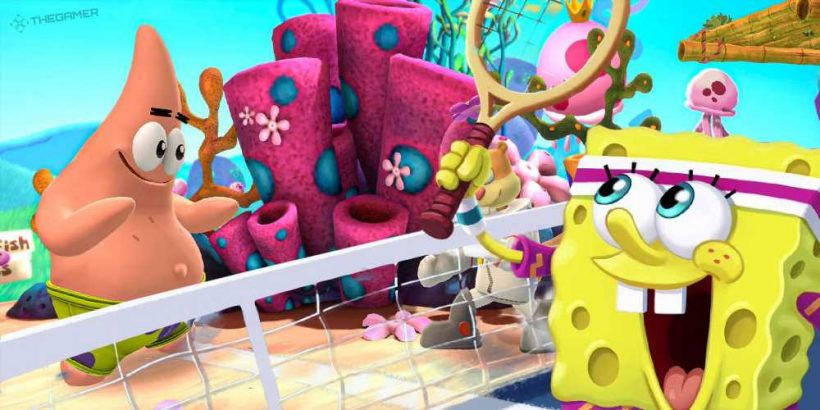 The Nickelodeon All-Star Brawl community isn't happy with Nickelodeon Extreme Tennis and its use of original dialogue for characters, alternate costumes, and voice acting.

Ever since its launch, Nickelodeon All-Star Brawl has been held back by several key things, including a lack of voice acting, trouble getting alternate costumes into the game, and only being able to use quotes for characters instead of original lines. Ludosity developers have been pretty open about the fact that this is all down to a lack of budget and restrictions from Viacom and Nickelodeon.

For example, alternate costumes took so long to get into the game as they had to be canon to the characters and not just pallette swaps or random outfits. Ludosity was also only allowed to use actual quotes from the characters in the arcade mode, rather than making new dialogue, which makes a story mode incredibly unlikely. Top it all off with a lack of voice acting at launch, presumably for budgetary reasons, and there have been a lot of hurdles keeping the game from excellence.

Well, it turns out those rules don't apply to everyone. A trailer for the Apple Arcade exclusive Nickelodeon Extreme Tennis was revealed earlier in the week, and showed characters with voice acting, customisable non-canon costumes, and original dialogue related to the tennis. The community reacted with posts requesting that Nickelodeon and Viacom relax their restrictions and let Ludosity have more freedom with the game, noting how unfair it was.

Ludosity developed Thaddeus Crews even reacted to Nickelodeon Extreme Tennis, showing the original dialogue and costumes and saying "WHAT" over on Twitter. Crews then Tweeted about the situation when announcing that voice acting was coming to All-Star Brawl, saying, "Yesterday into today was peak emotional whiplash, but let it serve as an answer to some of the comments I got saying that I should seek other avenues or employment. The game is always improving. There's always work to be done. And I'm seeing it through to the end".