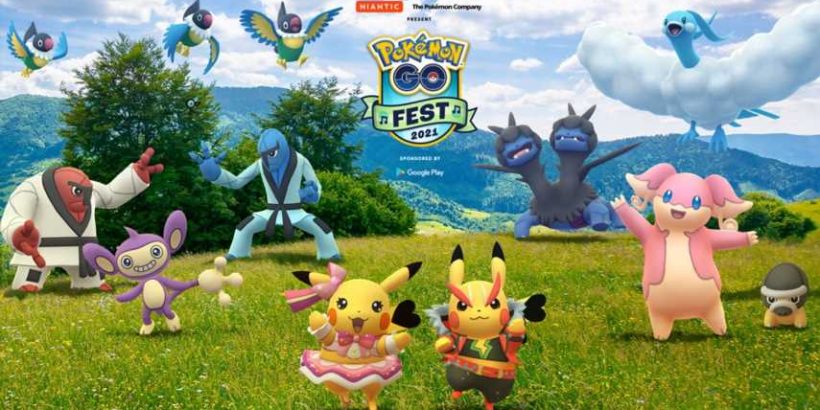 Niantic has revealed this year’s Go Fest will continue the musical theme that has accompanied Pokemon’s 25th anniversary celebrations.

Pokemon Go Fest is right around the corner and Niantic has two reasons to make sure it’s the biggest one yet. Not only will it mark five years of Pokemon Go – how times have changed since that glorious summer – but the celebrations for Pokemon’s 25th anniversary are also ongoing. Niantic has now revealed a boatload of details about the event, including that it will have a musical theme.

There are so many Pokemon at this point that a handful of them can be used to represent pretty much any theme you like. At this year’s musical Go Fest, some of the Pokemon taking center stage will include Audino, Tympole, Whismur, and Chimecho. All of them can be linked to music in some way, and each one will have its shiny variant debut during Go Fest.

While trainers will need to buy a Go Fest ticket to enjoy everything the event has to offer, which will be $5 this year instead of $14.99 by the way, a lot of the features and activities will be free to everyone. That includes the return of hourly habitats. This year’s habitats will rotate between Jungle, Desert Mountain, Cave, and Ocean Beach. The Pokemon that will be appearing more frequently depending on the habitat in play can be found on the Pokemon Go website.

You will need to have a ticket to take part in this year’s global challenges, though. Buying a ticket will also allow you to act as one of the show directors for this year’s Go Fest music festival. You’ll start by choosing between popstar Pikachu and rockstar Pikachu. Choose wisely as the decision will determine which genre of music plays as you fill out the rest of your group by choosing from a specially selected group of Pokemon picked for the event.

As hinted at above, Pokemon has been using music in a major way to mark its 25th year. Post Malone performed a virtual concert to usher in this year’s Pokemon Day, and Katy Perry released the Pokemon-themed single Electric. In non-musical-based Pokemon news, the release dates for Brilliant Diamond, Shining Pearl, and Legends Arceus were all announced this week.

Pokemon Go Fest will take place on Saturday, July 17, and Sunday, July 18, 2021. The event will be sponsored by Google Play and tickets will cost $5 or the equivalent in your local currency. Some activities will be open to all trainers, regardless of whether you have purchased a ticket.