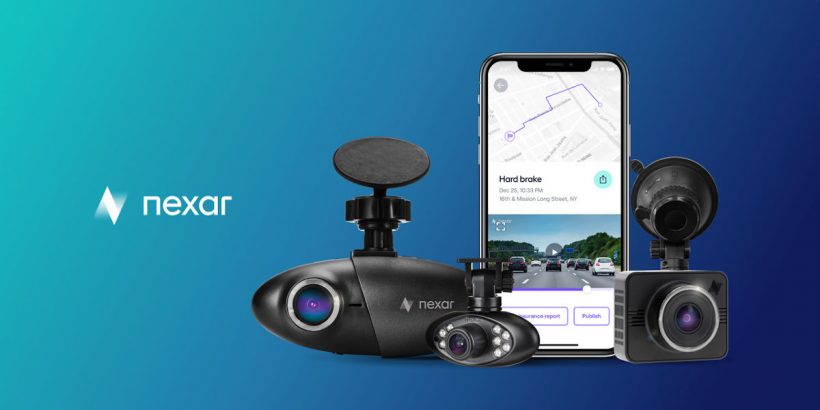 Nexar, a startup developing an analytics service on top of car dash cam footage, today announced that it raised $53 million in a series D round led by Qumra Capital with participation from State Farm Ventures, Catalyst Investments, Banca Generali, Valor, Atreides Management, Corner Ventures, Regah Ventures, Aleph, and others. The proceeds — which bring the company’s total raised to $96.5 million — will be used to expand Nexar’s sales and marketing efforts and support the launch of its flagship Nexar One line of dashboard cameras, according to CEO Eran Shir.

Shir and Bruno Fernandez-Ruiz founded Tel Aviv, Israel- and New York-based Nexar in 2015. An MIT graduate, Fernandez-Ruiz was previously global head of advertising personalization at Yahoo and managed Accenture’s center for strategic research. As a research affiliate at MIT, he studied large-scale computing for traffic estimation and prediction using statistical learning and simulation techniques. As for Shir, he became the head of Yahoo’s creative innovation center after the company acquired digital marketing firm Dapper, his second startup (the first being Cogniview Systems), in October 2020.

In 2015, Nexar launched a dash cam app for iOS and Android that uses a phone’s camera to monitor the road ahead, leveraging AI to detect footage of dangerous events and log sensor data to recreate a simulation of what happened to the car. A cursory web search turns up an abundance of dash cam apps on app stores, but in 2016, Nexar uniquely began providing crowdsourced data to help predict collisions by sharing info among users of its app.

“[We wanted] to turn the vehicles of the world into a massive live mesh network of smart cameras and sensors continuously mapping our public spaces. Nexar aims to crawl and index the physical world just like Google crawls and indexes the web,” Shir told VentureBeat via email. “The vision behind Nexar was to make the world collision-free, using crowd-sourced vision and connected cars. Nexar is built on using consumer-grade dash cameras that generate a fresh, high-quality understanding of the world at a street level and the transient changes in it.”

Nexar isn’t the only company tapping the power of the crowd to analyze road data. In June 2020, Lyft announced that it would collect data from cameras mounted to some cars in its ride-hailing network to improve the performance of its autonomous vehicle systems. Both Mobileye and Tesla harvest information from millions of drivers to train their perception, planning, control, and coordination systems. So does startup Comma.ai, whose aftermarket assisted driving kit — Comma Three — leans on models developed against tens of millions of miles of crowdsourced driving data.

But Nexar now sells its own dash cam hardware and monetizes the data that it collects. According to Shir, the startup is among the top suppliers of consumer dash cams in the U.S. and plans to globally expand with the rollout of the aforementioned Nexar One, which features dedicated LTE connectivity.

“In the general sense of collecting vision data from a network of cars, our competitive situation is pretty unique,” Shir said. “Instead of expensive cameras on a few cars, Nexar shows how a massive fleet can be created to generate data with minimal costs.”

Nexar claims to have partnerships with — and customers in — insurance companies, drivers on ride-sharing services like Uber and Lyft, and automakers and municipalities. Several government agencies are using its tech, which can automatically extract road features from camera footage, to monitor traffic and street infrastructure — for example to spot potholes, cracks, and other potentially dangerous road damage. Most recently, Nexar teamed up with with Nevada public road transit authorities to create “digital twins” representing virtual models of road work.

Above: Data from Nexar’s network.

The annual investment required to maintain roads, highways, and bridges in the U.S. is roughly $185 billion a year, according to the National Surface Transportation Policy and Revenue Study Commission. Capital from recently passed infrastructure legislation is expected to bridge gaps in budgets, but analytics can — at least in theory — help funnel the money to where it’s needed the most.

In this area, Nexar competes with vehicle telematics startups like Tactile Mobility and NIRA Dynamics, which apply machine learning algorithms to vehicle sensors and controllers to measure grip, friction, and other metrics in real time. NIRA is working with authorities in Sweden and Norway to provide road condition forecasts, and Tactile is conducting a road-monitoring pilot with the City of Detroit and a major automaker. But Shir says that there’s no substitute for camera footage, which he argues can capture phenomena that other sensors are likelier to miss.

“At 150 million miles per month, Nexar ‘sees’ quite a lot of the world, and is the only company (other than Tesla) to have solved the question of the ingestion of vision data from a network of cars — and to do so scalably and economically,” Shir said. “Today, work zone detection — which is non-trivial from the AI standpoint and requires fresh dash cam coverage in any given area — applies to many markets in which we operate. For cities and departments of transportation, especially given the Biden administration’s infrastructure bill, work zones are set to proliferate, impacting safety and congestion on the roads.”

Nexar is also looking to tap into the autonomous vehicle market — in 2017, signaling its ambitions, the company released a dataset of 55,000 street pics from 80 countries for an open autonomous vehicle perception competition. In addition, Nexar is investigating AI collision reconstruction techniques to create “forensically preserved” digital twins of an accident scene, dipping its toes in the insurance market. The company’s privacy policy hints at this — it mentions that insurance partners might consider Nexar collision reports as part of an offer or policy in the future.

The volume of data that Nexar records and processes might rightly give some drivers pause. Nationwide found in a recent survey that more than 60% of consumers have privacy concerns about telematics — i.e., remote vehicle monitoring — despite the fact that interest in telematics is on the rise.

“[Users only] grant us a perpetual right to use parts of [their] uploaded content — once they are de-linked, de-identified, anonymized, and then aggregated with other user’s [sic] data —  so that it cannot be traced back to them,” Nexar writes in its privacy policy. “We make money by capturing facts about the world that are not private in any way. We actually do not care about your private drives. We care about potholes on the road and orange cones and the free parking spot or how the construction of a new townhouse is progressing. Or whether or not it rained near the stadium.”

Nexar claims to have trained a classifier model to differentiate between images captured inside of cars and road-facing images, as well as footage from garages and other compromising locations. Another model identifies and hides unique markers and objects visible on the car dashboard, including windshield elements. A third model blurs the faces of pedestrians and license plates within view of Nexar’s software and cameras. 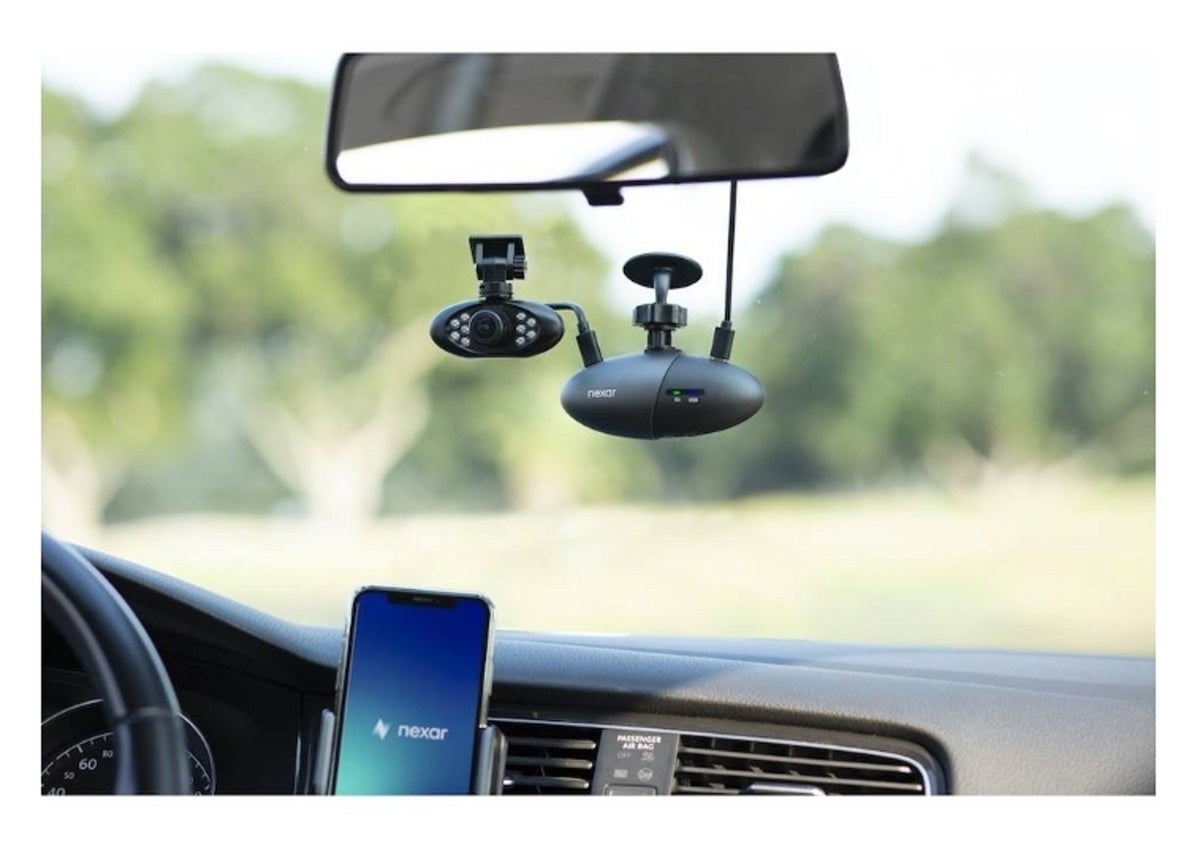 Even assuming that the models perform perfectly, Nexar admits that it might be compelled to hand over data to law enforcement official in certain circumstances. While the company pledges to disallow groups from using its network as a “digital panopticon,” in part by building its technology so that it can’t be used in conjunction with tools to track drivers, Nexar only promises that it won’t voluntarily share information with government agencies — not that it won’t ever.

This being said, Nexar offers users the option to permanently delete their data from its database. The company otherwise retains it for “as long as is required in order to comply with [its] legal and contractual obligations.”

Nexar — which has 165 employees — claims to service hundreds of thousands of customers and users around the world. Business-to-business annual recurring revenue tripled since its last funding announcement in January 2018, as dash cam sales grew by 280%.