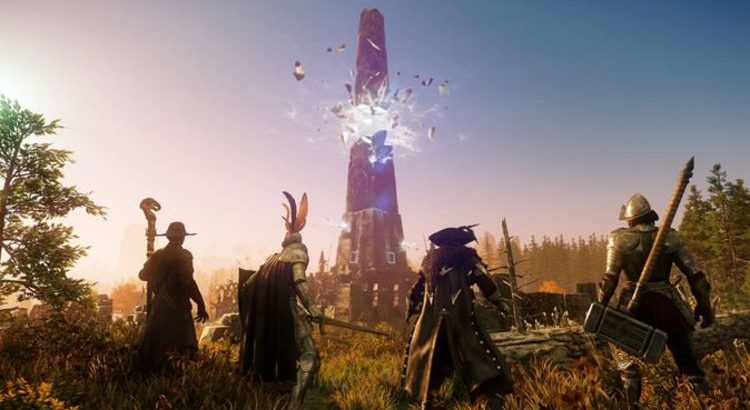 New World server transfer options are scheduled to go live this week and allow gamers to move for free.

However, while characters will be able to change server worlds, Amazon has made it clear that it will be free for one time only.

After this token has been used, it will likely cost to transfer any other characters in the future.

New World server transfers were supposed to come into effect earlier this month but have been delayed several times.

The good news is that the new system should be in place by next week, and Amazon has also shared news on how it will work.

This added information should assure fans that the option will be available very soon and won’t face more delays.

The reason server transfers are being introduced is due to the massive success New World has become on Steam.

Not only is it now one of the most played games on the platform but demand has been so high that is has led to queuing and other issues.

More server worlds have been added since launch and while this has helped, it still leaves many unable to log into the world that they have chosen.

Server transfers should solve this problem in the near future, with the New Wold team releasing this statement:

“Our team has been working incredibly hard to get this feature tested and to a place where we are confident that it will perform exactly as intended. While we want everyone to find their long-term home in Aeternum as soon as possible, we also want to ensure that the process is seamless and ready for everyone to use.

“During our testing we uncovered some edge cases where the transfer experience does not meet our standards for its release. This means that we will be taking some extra time to get these issues resolved before we feel comfortable giving everyone their free server transfer token.”

And here is how the New World server character transfer system will work when it does go live later this month:

Amazon has confirmed that using the system to transfer your character again will cost an additional token. This will mean purchasing one from the store, but there is a chance that a second wave of free tokens will be released to accommodate fans.