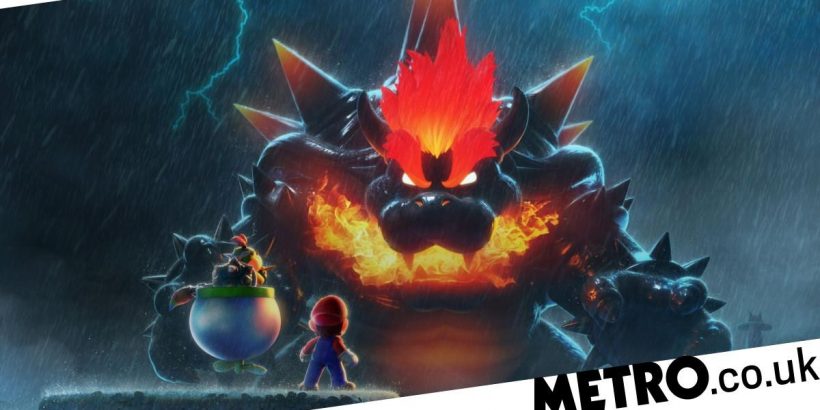 The Switch version of Super Mario 3D World + Bowser’s Fury will be accompanied by a limited edition version of the console in Mario red and blue.

The one, and only, Nintendo-made game currently scheduled for this year has just released a new trailer, making it clear that while Super Mario 3D World is yet another Wii U port it has a lot of exclusive new content.

The name Super Mario 3D World + Bowser’s Fury was always reminiscent of the Mario & Luigi remasters, which tacked on a whole extra mini-game to the original and that seems to be what’s happening here.

Nintendo still aren’t being very explicit about what Bowser’s Fury is but it seems to feature a much more dynamic camera than the original game, as well as Bowser Jr. using his paintbrush from Super Mario Sunshine.

The most obvious difference though is that Bowser has gone feral and grown to gigantic size, which seems to involve him periodically peppering the website with projectiles that can also be used as platforms.

The only counter to him appears to be growing Cat Mario to gigantic size, for a full-on kaiju battle, which seems marvellously absurd in that classic Nintendo fashion.

It all looks very good but the base game is also excellent – one of the best 3D Mario games ever and one relatively few have played, given it was originally only released on Wii U.

The base game will also be enhanced for the move to Switch but it’s most important addition is online co-op for up to four people.

Super Mario 3D World + Bowser’s Fury will be released on February 12, as well as a newly announced version of the Switch.

It comes with red Joy-Cons with blue straps, a blue Joy-Con grip, a red dock, and a red console – the first time the Switch itself has been available in any colour other than black.

A Mario Red & Blue Edition Carrying Case is also included, but there’s no indication yet how much it’s all going to cost. You can guarantee it’s going to be very limited edition though.