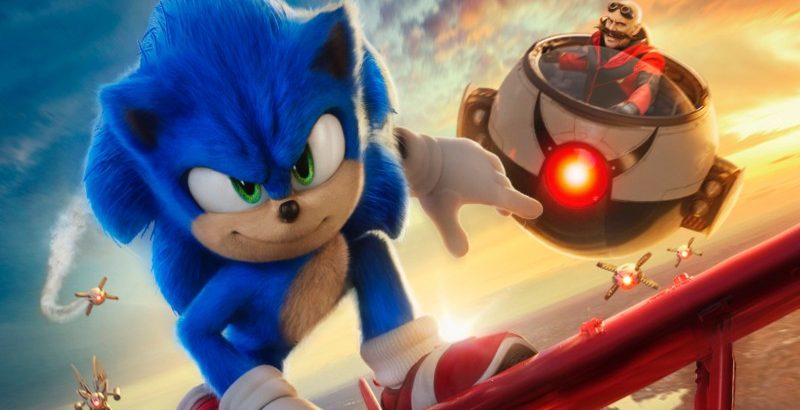 A new poster for the upcoming Sonic the Hedgehog 2 movie has been released, and as you might expect, it features Sonic, Tails, and Doctor Robotnik.

Jim Carrey’s Robotnik looks decidedly eggier compared to what we saw throughout most of the first Sonic movie. The official Sonic Movie Twitter account released this new poster, and it did so as a tease for what’s to come: the first trailer during tomorrow’s Game Awards show.

The first poster for #SonicMovie2 has arrived! And that’s not all – The world premiere of the new #SonicMovie2 trailer drops tomorrow in @TheGameAwards at 8pm ET. pic.twitter.com/dDZzd8EoG5

As you can see in the poster above, it features Tails flying a plane to keep Sonic high in the air while the duo dodges missiles, drones, and more from Robotnik. There’s no sign of Knuckles, unfortunately, but something tells us we’ll see the red Idris Elba-voiced echidna during tomorrow’s trailer – we can at least hope, right?

Carrey and the voice of Sonic in the movie, Ben Schwartz, will be at The Game Awards 2021 to introduce the new trailer, too.

We’re taking things to the next level this year with your favorite blue hedgehog. Watch the #TheGameAwards for the world debut of the #Sonic2 movie trailer, introduced by @RejectedJokes and @JimCarrey. Streaming begins at 8ET Thursday. pic.twitter.com/uEwOiG0f2X

Game Awards creator and host Geoff Keighley also implied we’ll be seeing more Sonic during the show. Specifically, he says it’s a “double header” for Sonic, so it sounds like we can expect to see the next mainline Sonic game coming in 2022 alongside the Sonic the Hedgehog 2 trailer.

Sonic the Hedgehog 2 will hit theaters next year on April 8. While waiting to see that, and while waiting for the first trailer to be released tomorrow during The Game Awards 2021, check out our thoughts on it in Game Informer’s Sonic spoilercast. If actually looking to play some Sonic while waiting, we recommend 2017’s Sonic Mania, which Game Informer gave an 8.5 out of 10.

What do you think of this poster? Are you excited to watch the sequel? Let us know in the comments below!