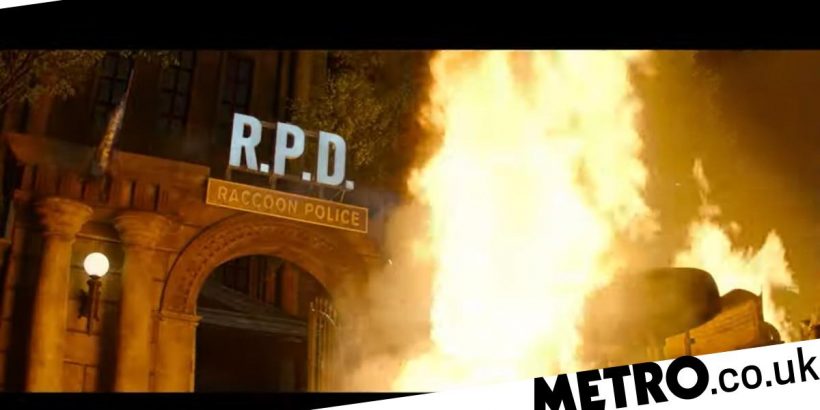 The first trailer for the new Resident Evil movie is a lot more authentic than you would’ve expected, but that’s not always a positive…

It may have got all the haircuts wrong but the first trailer for new movie Resident Evil: Welcome to Raccoon City shows that the rest of the film is remarkably similar to the original two games, in fact this may well be the most accurate live action video game movie ever.

Although at the beginning the voiceover seems to pretend otherwise, this a reboot that has nothing to do with the Milla Jovovich films and instead is a direct adaptation of Resident Evil 1 and 2.

You can see multiple scenes that are taken directly from the games, including the iconic first reveal of a zombie, Claire Redfield on a motorcycle and the zombie driver crashing a tanker, plus the lickers at the police station.

As previously revealed, Lisa Trevor, from the remake of the original game, is a major part of the film but there are other even more obscure references, such as ‘Itchy, tasty’ written in blood on the window.

The only flaw in the look of the film is the characters themselves, who still look like they’re in bad cosplay. Their acting is also a little too authentic to the games, with Chris Redfield in particular already seeming like a weak link.

It’s worth bearing in mind that the original trailer for the recent Mortal Kombat movie also made it look very authentic to the games but in the end the movie was a bit of a damp squib.

Welcome to Raccoon City is not to be confused with the new Netflix live action show, which involves a completely different cast and is a prequel to the whole series. Although whether it’s set in the same continuity as the new film is currently unclear.

Resident Evil: Welcome to Raccoon City will be released in cinemas in the UK on December 3, 2021.