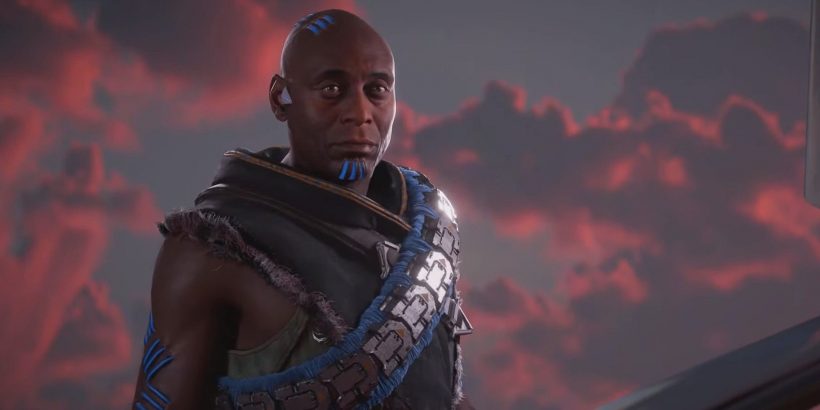 Actor Lance Reddick, who performed Sylens in both Horizon games by Guerrilla, hinted at some more Forbidden West content incoming. It seems that Reddick hastened to share his excitement with fans, as he deleted his original post just minutes later.

On Twitter, the star of Netflix's cancelled Resident Evil and John Wick movies posted a video featuring himself with some motion capture dots all across his face. Reddick seemed pretty excited to be working with face capture technology again. He also wrote: "Hard at work… in a session for Horizon Forbidden West!", which everything but confirms that the Dutch studio is currently preparing some additional content for the sequel.

Reddick shortly deleted his original tweet, but traces of it quickly spread across the web. Apparently, the actor was not properly advised that Sony has not announced anything officially just yet, and was rapidly reminded to remove the shared information.

Nonetheless, the possible Forbidden West expansion won't be very surprising for fans. After all, Horizon Zero Dawn got one several months after launch, as well as several other PlayStation's first-party titles. It is only a matter of time before developers will be ready to introduce an extra Forbidden West chapter.

First hints that the game might receive at least one major DLC appeared shortly after its February release. In early May, players discovered a hidden unreachable area in the game's open world, that just might serve as part of the locations planned for future expansions.

Whatever Guerrilla is cooking right now, we can expect it to be of a considerable size, offering several hours of new content, extra gear, characters, and quests, and very likely some new raging machines to hunt — just as the Frozen Wilds had. Considering Sylens will also make his return, the story could pick up right from when we last left Aloy and her allies. As for when the expansion might be coming, we have to wait for further announcements, but it possibly won't take too long.