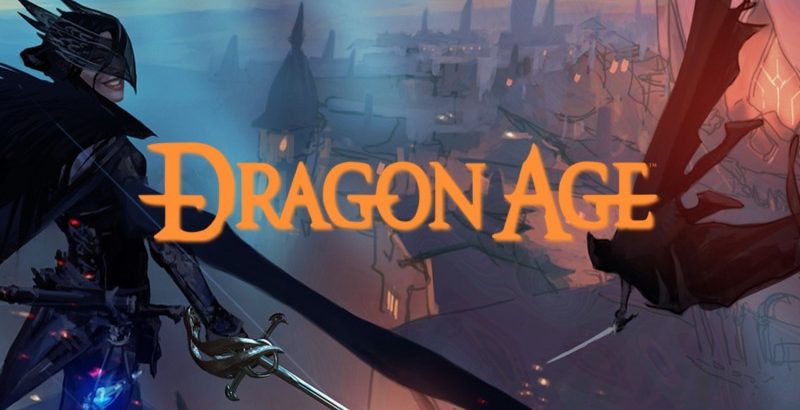 In light of the news that there will be nothing shown of Dragon Age 4 or the new Mass Effect at this year’s EA Play, game director Christian Dailey decided to share a little treat to help tide fans over. While not a trailer, the Dragon Age 4 concept art does put the Crows back in the spotlight.

The Crows hail from the beautiful mother country of Antiva (I hope you read that in Zevran’s voice, if not – I am disappointed and I just wanted you to know that). We first learned about them in Dragon Age Origins with our lovable assassin-turned-companion Zevran Arainai. Zevran was a Crow before he failed to take out his mark: the Warden, us. He eventually can become a close friend, even a lover, and a staple that reemerged in Dragon Age II with a small side quest, and then again in Inquisition as a War Table mission. Previous concept art shown has many, including myself, convinced that he’ll be back once more, and not as text, in Dragon Age 4, but before we go into that, take a look at the latest concept art shared below:

Hi Friends – sorry for no EA Play news this year but please know that the team is heads down with a lot of momentum and making great progress. We are excited to share more when the time is right. Please stay safe and have a great weekend! @SerGoldman @dragonage pic.twitter.com/eveXFbJtgY

The above tweet reads, “Hi, friends – sorry for no EA Play news this year but please know that the team is heads-down with a lot of momentum and making progress. We are excited to share more when the time is right.” A nice gesture to include the concept art, except now my conspiracy theory brain is going to be nuts all weekend. I’ve already shared about how I’m pretty sure we’re getting a Mortalitasi companion from Navarra and how I think Solas is responsible for Red Lyrium, now I can already tell my mind is bracing to go all-in on brushing up on Crow lore. Could be worse ways to spend a weekend. But what about that Zevran nod I mentioned? Let’s dive in, shall we?

First, let’s look at concept art for Zevran, official art directly from BioWare. Note the cowl, the greeves, and the pattern of the draped cloak? His rapier? Good, keep that in mind:

Ignoring just how badass he looks, let’s compare that to the below image, which is official concept art that was part of the Dragon Age 4 reveal during The Game Awards:

You can’t deny that the gear is the same, so it’s obviously a Crow, but is it our Crow? That remains to be seen, especially seeing that we only get a bare hint of their chest and skin tone. No facial features or familiar tattoos can be seen, but it does look to be a male character that is slight in nature. Slight like an elf, perhaps? Obviously, this is all just conjecture at this point but I do know that this is a pretty common consensus among the Dragon Age community. Maybe if we hope hard enough, we’ll see him again.

If you look at my previous analysis of the Mortalitasi and its role with Dragon Age 4, the possibility of Zevran’s return is actually a lot higher than many might think, especially given that it looks like we may have that aforementioned Mortalitasi companion. Given that this necromancy-focused group of high-ranking mages are the Nevarran elite and have deep roots with Antiva and Tevinter alike, it looks like Solas’ betrayal may be the least of our concerns.

I think it’s great that BioWare is being so transparent with their communications. While both Dragon Age 4 and the next Mass Effect have been revealed with teaser trailers, both projects are still too early in development to have anything substantial to share. Letting fans know that both are in the works is good, but making sure that from that point on is tempered with managed expectations and honesty is key. That’s exactly what this team is doing, especially ahead of big E3-adjacent events like EA Play.

Thoughts on the latest Dragon Age 4 concept art? How does this tinfoil hat look on me? Think that’s Zevran or do I need to go catch some Zzzzz’s? Sound off in the comment section below, our Warden would want you to.