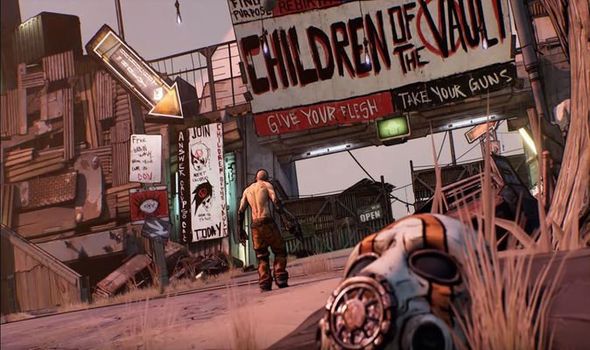 E3 2019 rumours are starting to pick up as we get closer to the event, with some of the latest pointing to a surprise new Borderlands 2 DLC release.

According to a new report out today, Gearbox will launch new Borderlands 2 content in June, before the release of Borderlands 3.

There’s no set release date for this surprise DLC package, or how much it might cost but it appears it will arrive during E3 2019.

PlaystationLifestyle reports that new Borderlands 2 DLC will be launched before the next game and will help bridge the story gap between the two titles.

The new content pack will be called “Commander Lilith and the Fight for Sanctuary,” giving fans a chance to replay former glories.

“A trusted anonymous source with first-hand knowledge has hinted to us that we just might see more Borderlands 2 content in a couple of weeks, a DLC expansion to bridge the gap between the end of Borderlands 2 and the beginning of Borderlands 3,” the report reads.

“Titled Commander Lilith and the Fight for Sanctuary, the upcoming Borderlands 2 expansion will allow players to get in one last hurrah, and sate the thirst for Borderlands that you might be feeling for the next few months.

“Our source tells us that the Borderlands 2 DLC will be dropping sometime during E3 week, so if you need to redownload the game and get it updated in preparation, you might want to start now.”

There is no word on what platform this new Borderlands 2 DLC will be released on, with plenty to choose from.

It seems likely that Gearbox will prioritise the PS4, Xbox One and PC, as these will be the systems Borderlands 3 launches on in September.

But until Gearbox confirms this rumour to be true, it needs to be taken with a pinch of salt.

New Borderlands 2 DLC would no doubt do a good job in surprising fans of the franchise, which has long stood dormant.

Originally released back in 2012, it takes a long time for Borderlands 3 to be announced and given a full release date.

So getting new content for Borderlands 2 will be a big surprise if this rumour does prove correct.

A recent Take-Two Interactive earnings report confirmed that Borderlands 2 still boasts a large player base, even after all these years.

No doubt boosted by the news of Borderlands 3, the report confirmed that around 1 million gamers remain active.

Borderlands 2 is estimated to have sold around 20 million copies during its lifecycle, meaning that there could be plenty of people interested in some surprise DLC.

CFO Lainie Goldstein had this to say about Borderlands 3, telling investors that Take-Two, “really high expectations and [is] really excited about the title.”

And speaking about Borderlands 3 appearing on PC as an Epic Games Store latest, Goldstein added: “While it’s rare that we’ll do exclusives for any period of time, we will continue to support Steam with our title, with catalogue.”

“These titles will be going to steam relatively quickly after their initial availability exclusively on the Epic Game Store.”