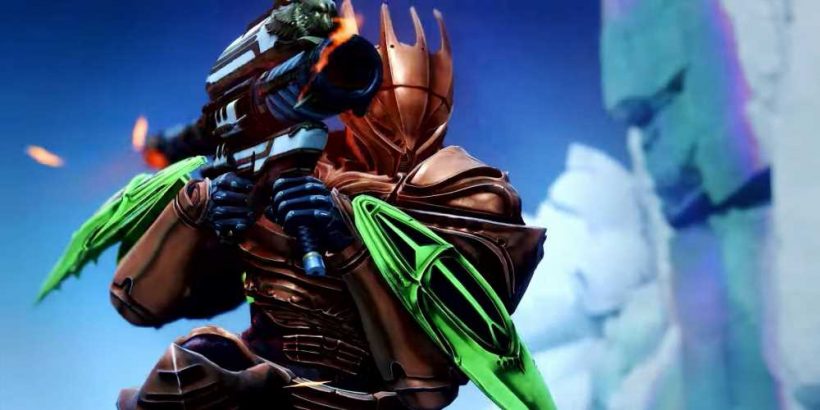 We’re mere hours away from the arrival of Bungie’s 30th Anniversary event in Destiny 2, and rather than let us wait on the edge of our seat, Bungie has dropped another teaser video to prepare us for the coming festivities. It’s the usually high-octane display of Guardians firing high-explosives at high-flying combatants, but this trailer also has a few more reveals.

First, there’s the Halo pistol. From the top, this new pistol bears a striking resemblance to Halo’s M40 Handgun, although the handguard appears a bit more circular than Halo’s iconic pistol. Then there’s the frag grenade, which is a big surprise given how grenades in Destiny 2 are light-based abilities and not physically thrown objects.

Halo’s Battle Rifle is also reborn in Destiny 2 with some slight modifications, but the real star of the show is of course the reborn Exotic Rocket Launcher Gjallarhorn. For the first time, this trailer showcases the Gjallarhorn’s Wolfpack Rounds in action, which send out homing cluster bomblets capable of decimating entire formations of enemies or just dealing a ton of damage to a single boss.

Other weapons returning from Destiny 1 include the Eysaluna Hand Cannon, the 1000-Yard Stare Sniper Rifle, and the Matador 64 Shotgun. Xur seems to also present Guardians with several new Sparrow designs, one new ship, and he mentions a "55-inch machine gun" as a possible prize.

The new six-player matchmade activity called Dares of Eternity appears to be at least partially based on The Reckoning, a PvE arena-style activity that was operated by The Drifter and vaulted with Beyond Light's arrival. Now it looks like Xur is in charge with his Star Horse companion.

Bungie expects the update to arrive at 12 PM ET (9 AM PT), but keep an eye on the Bungie Help Twitter to see if things go a little longer than expected. And as usual, expect a server lineup if you're one of the first to log in today.