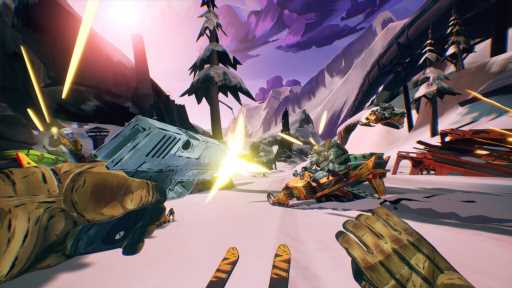 The new studio will be helmed by Chris White who previously worked for FitXR – the VR fitness app which moved to a subscription model this year – bringing his live service experience to the team. White has also worked at Electronic Arts (The Sims Social), Glu Mobile (Project Gotham) and Space Ape Games (Transformers: Earth Wars and Samurai Siege).

“VR continues to grow at pace so it’s an incredibly exciting time to join,” said White in a statement. “There are so many awesome games out there already, but there’s still so much to discover, especially around experiences that engage players for years. I can’t wait to start building out the team and deliver something truly amazing for all the VR players out there!”

nDreams Studio Orbital hasn’t revealed any projects at this time or which direction the team plans to take down the live service route. Whatever the team decide it’ll be very different to nDreams’ usual titles which all tend to be single-player experiences.

Based in Farnborough, UK, nDreams was founded in 2006 and pivoted towards VR when the first Oculus Rift development kits (DK1) became available in 2013. The studio’s first big project was The Assembly which was followed up by Perfect, Bloody Zombies and Shooty Fruity. nDreams Studio Orbital will be fully remote and currently has several roles to fill.

It’s not just live service games nDreams is expanding into. Earlier this year the VR specialist announced a new £2 million fund which would be used to co-fund and publish VR content from other developers.

As and when nDreams Studio Orbital reveals what the team is working on, VRFocus will keep you updated.