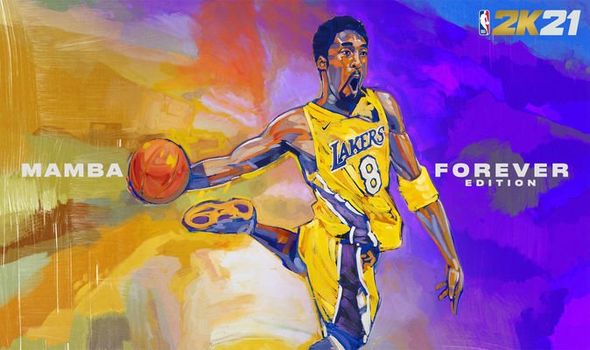 UPDATE: The NBA 2K21 release time has not been shared by the development team but based on recent launches from the company, there seems a good chance the game will be available to play from midnight on September 4, 2020.

Some players who have gained early access to the game have reported issues with VC, with an online reply adding: “Yup, known issue. Not sure if it’s related to people doing the NZ trick, server issues, or something else. Won’t know for sure until after midnight EST.”

So, it will be worth checking your chosen digital storefront after midnight local time, or 5am BST.

ORIGINAL: The release date for NBA 2K21 has been set for this week and is already available to download on PS4 and Xbox One.

The pre-load for select platforms is already live, meaning fans who have digitally pre-ordered can get ready for the full launch on September 4.

This is the official release date for NBA 2K21, and it should be noted that there is no early access period for gamers on any platform.

From early report being shared by gamers, NBA 2K21’s launch is being done locally, meaning that there is no worldwide set release time.

Due to the COVID crisis, there doesn’t appear to be many stores who will be selling the game early on September 3.

It should also be noted that there is an NBA 2K21 demo available on consoles that can be downloaded today, for those itching to try out the latest version.

For everyone who is buying the game digitally, no set NBA 2K21 release time has been announced by the development team.

However, it should be noted that servers have already been turned on, meaning that some regions may already have access to the game.

Based on previous launch events, it’ll be worth checking the various digital storefronts at around midnight on September 4 to see whether the game is available to play.

So for those interested in the UK, a good guide would be checking the NBA 2K21 release time at around 12am BST, or 12am ET, if you live in the United States.

The latest game in the NBA 2K series is expected to weigh in at around 80GB-100GB, depending on which platform you use.

But it should also be noted that 2K likes to update its games regularly, meaning there could be a string of new updates after the game has released.

These can range in size and some in the past have proven to be as big as the original install size.

More details regarding this year’s NBA 2K release can be found below:

In NBA 2K21, this year’s narrative, The Long Shadow, tells the story of Junior – the son of a beloved baller who faces the challenges of trying to make it to the NBA, balancing legacy while carving his own path through high school to college.

2K Beach is the latest location in the Neighborhood, where players live out their day-to-day 2K basketball experience. Jump into 3v3 streetball runs with your crew, 5v5 ProAm games for something more serious and take part in plenty of events providing even more reasons to come back all year long.

WNBA – The WNBA returns in NBA 2K21 with Play Now and Season Modes, featuring all 12 teams in the league. Experience WNBA basketball built exclusively around the women’s game!

MyGM/MyLEAGUE – Sit in the boss’ chair, and make decisions that matter not only to your player or team – but to the entire franchise and league. From drafting impact rookies to trading players to relocating your team, every move, big or small, counts towards the long-term success – or failure – of your basketball franchise.

PLAY NOW – Jump into a no-frills basketball game, where you can get a quick match together against a friend or AI and play 4 quarters of intense NBA 2K Pick your favorite team – or a Classic or All-Time team – and run the offense with genre-defining controls and customization. This is NBA action at its most authentic.