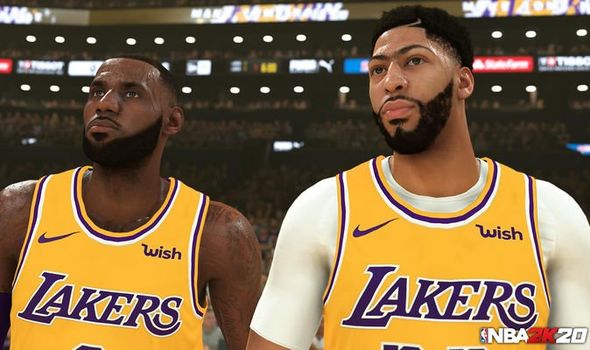 NBA 2K fans are reporting that a new update is starting to roll out on consoles today, October 21.

The new NBA 2K20 1.07 update is launching without patch notes and is reportedly another large download.

The time it will take to install it is being predicted as high, but the download itself probably won’t take up the estimated 18GB.

And like with so many other past updates, we don’t know what is included in this version.

Fans will be hoping for some kind of guide on what bugs might have been fixed and if other features in-game have been tweaked.

2K has been sharing patch notes following recent releases, but they aren’t always that punctual.

Early news of patch notes can sometimes be shared by developers tied to the game, or other associates.

NBA 2K20 launched earlier in September to mixed reviews and there’s been plenty of chatter online regarding the state of the game and how it could be improved.

2K have launched frequent patches through October, most of them including a hefty download size.

The latest update notes were shared on October 10 and included news on what fixes had been brought to the game.

So there’s a good chance we will see news shared by the 2K support team on the game’s official social media channels.

And it follows the news this week that NBA 2K20 is getting ready for the launch of the new season.

It was revealed today that 2K has released an update to the NBA 2K20 Demo for Xbox One and PlayStation 4.

This originally launched before the full game was released and included a limited scope of gameplay.

This has now been updated to include a pick-up-and-play Quick Game matchup of the Toronto Raptors vs. Golden State Warriors.

“Whether you’re new to NBA 2K or a seasoned veteran, all you need to know to try the demo are a few basic controls,” a message from 2K explains.

“To move your player, use the left joystick. To jump for rebounds or blocks, press Y on Xbox or Triangle on PS4. On offence, shoot with X or Square, and pass with A or X.

“On defence, A or X changes your player. There are a few more optional controls to learn as you go, but the basics are truly pick-up-and-play.

“The NBA 2K20 Demo is available for free download from the Xbox or PlayStation store. Users who downloaded the original demo can download the update on their console.”

More news is expected to be shared regarding today’s NBA 2K20 update in the coming hours.

As soon as we hear more, we will post patch notes news at the bottom of this article.