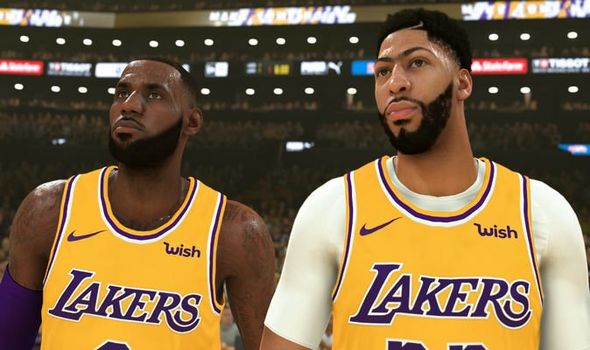 Today has seen a new 1.05 update released by the development team for NBA 2K20 on PS4 and Xbox One.

There’s been plenty of chatter online regarding the state of the game and how it could be improved in 2019 and beyond.

This has been followed by a flurry of patch notes and updates from 2K, as they look to improve the overall experience.

Another adds: “I’m also hoping they fixed hands up defense in the paint. I shouldn’t be rewarded for using HOF Pogo Stick and jumping like a madman.

“You should be able to actually contest at the rim without your player just lowering his arms, when you’re telling him to keep them up.”

According to those trying to install the new patch, it’s taking a very long time. It’s unclear if this a server issues or something connected to the game itself.

The new NBA 2K20 patch is reportedly 20GB in size, making it one of the biggest launches so far.

It suggests that today’s NBA 2K20 update will make big changes, however, until we get official patch notes, we have to rely on early patch notes.

A recent post on the NBA 2K Reddit page confirms that patch notes will be shared later today.

“For all those making posts asking about Patch Notes, they are not available yet. They will be shortly,” the message reads.

Here are some of the early patch notes shared by the team on Twitter today:

Some patch 1.05 gameplay changes to be aware of:

Official patch notes are expected to be shared later today, including all the minor changes that might have been missed from this list.

NBA 2K20 is also available on PC and Nintendo Switch, and there is a good chance that today’s update will include slightly changes for those fans.

More news is expected to be shared in the coming hours.