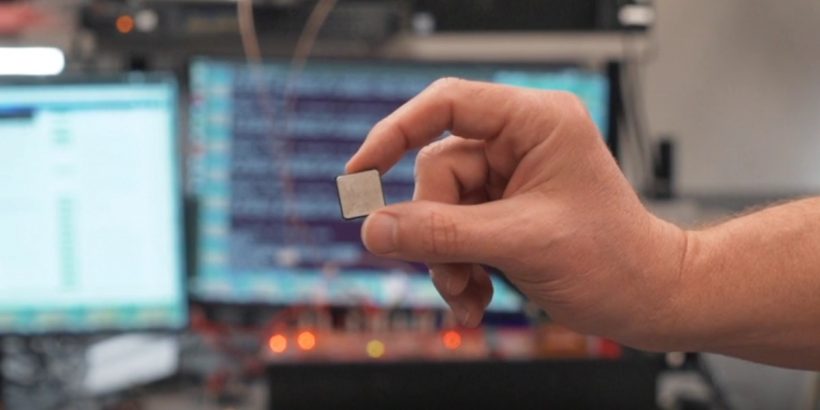 Mythic has raised $70 million to fund the analog-based AI processors it plans to launch later this year.

Mythic has spent nine years coming up with a patented, potentially disruptive way to compete with other makers of artificial intelligence chips. The company emphasizes energy efficiency and lower cost with its design that focuses on analog technology integrated with dense flash memory, CEO Mike Henry said in an interview with VentureBeat.

Henry said that in AI computing, chips have to normally do massive amounts of simple arithmetic, with trillions of adds and multiplies per second. His company figured out how to do that in analog circuits, rather than digital, using a smaller electrical current. It stored the results in flash memory, which is a dense storage medium. And he believes this will work much more efficiently than graphics processing units (GPUs) or other ways of handling the same calculations, when it comes to chip size, cost, and power usage.

“We had a high level of ambition on the technical side,” Henry said. “This was a milestone almost everyone thought was impossible. It’s been pursued since the 1960s. We have developed a  disruptive way of doing a computer AI that gives us the same compute as a GPU, but at a much lower cost and power.”

The funding was led by BlackRock, Hewlett Packard Pathfinder, and Cirrus Logic. Mythic has raised $165.2 million since its founding in 2012. The fresh funds will help expand the team and ready it for the launch of its chip. Mythic currently has 125 employees in Redwood City, California, and Austin, Texas.

Mythic wants to accelerate plans for mass production of its solutions and better support its growing customer base, which spans across Asia-Pacific, Europe, and the U.S. Mythic will also use the to develop its next-generation hardware platform and build out its software portfolio. 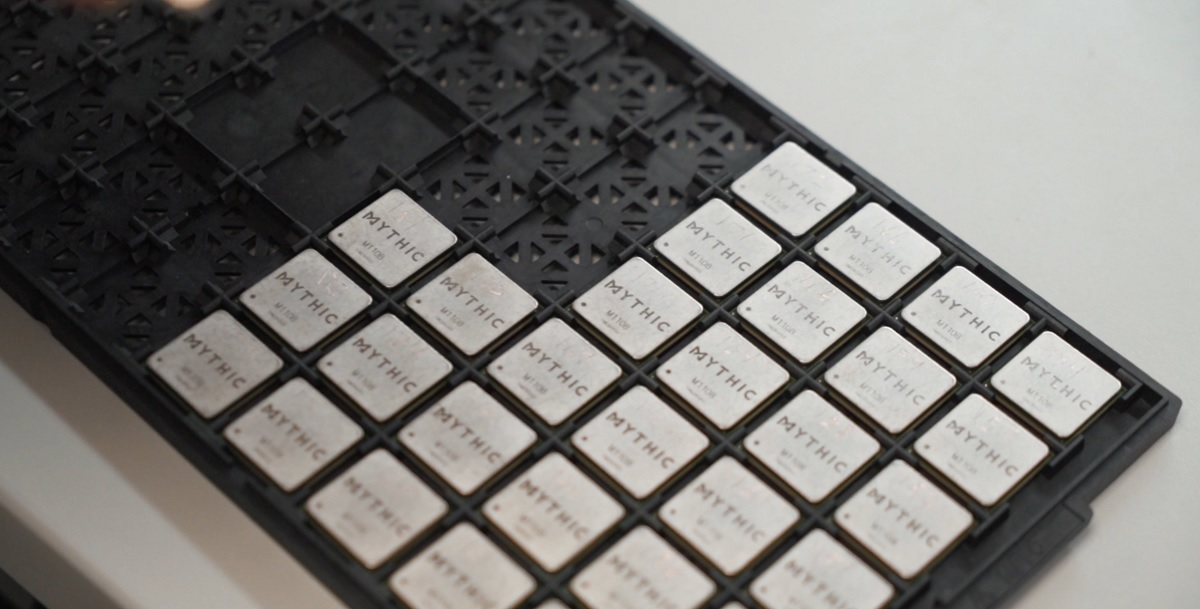 Above: Mythic has raised $70 million.

In November 2020, Mythic unveiled the first Analog Matrix Processor for AI applications, which combines both high performance with good power efficiency in a cost-efficient solution. While expensive and power-hungry hardware has limited the broad deployment of AI applications, Mythic’s integrated hardware and software platform is making it easier and more affordable for companies to deploy powerful AI applications for the smart home, AR/VR, drones, video surveillance, smart cities, manufacturing markets, and more. A single drone can contain as many as six cameras so it can learn to avoid collisions.

“Really, it comes down to cost and power. If it’s too expensive and too power-hungry, they just don’t put the features in,” Henry said. “We think there’s a lot of pent-up demand at the edge. There are a lot of people wanting to do a lot of really interesting things, and they just can’t do it with the last generation hardware.”

This kind of computing is needed at the edge of the network, alongside sensors such as cameras, lidar, radar, and security. Those sensors produce so much data that it’s hard to fit such large data models into a chip. So Mythic handles the computing with a small chip and packs a lof of flash memory into the chip, eliminating a lot of excess parts in the system. The Mythic chip should fit into an area the size of a postage stamp, Henry said. By contrast, GPUs and other devices need heat-reducing components such as fans.

By comparison, Nvidia’s Jetson AI platform for robots and drones may consume 30 watts and cost $700 to $800, with a low-cost version at $100. But Mythic is shooting for a lower cost, lower power consumption, and 10-20 times the performance, Henry said. The company is targeting around 25 trillion to 35 trillion instructions per second for its first chip.

When the company first launched, it was easy to foresee that AI data models would increase exponentially, Henry said. 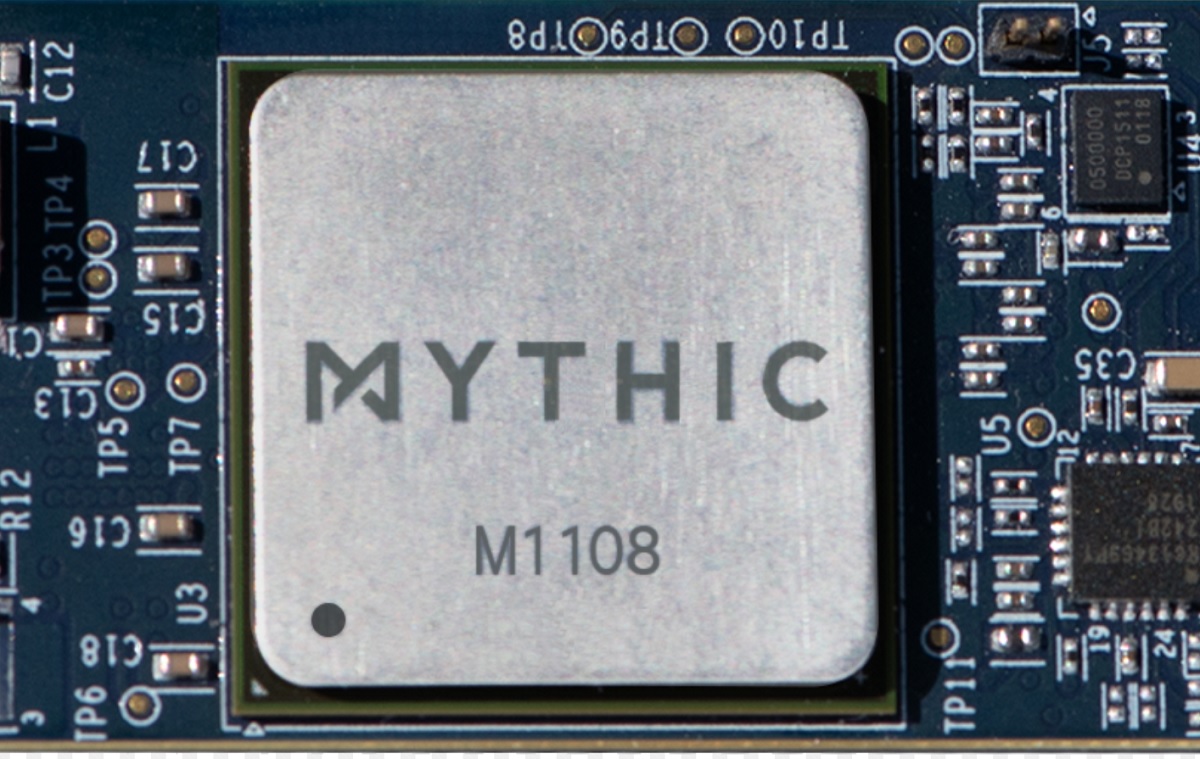 Above: Mythic’s first chip will target at least 25 trillion operations per second.

“We never envisioned the world that we have now, with neural networks with a trillion parameters,” he said. “But we did see the chance to do something ambitious.”

Device makers and original equipment manufacturers (OEMs) can choose from the single chip M1108 Mythic AMP or a variety of PCIe card configurations, including the M.2 M Key and M.2 A+E Key designs, with added design flexibility and easier integration so customers can bring products to market faster. 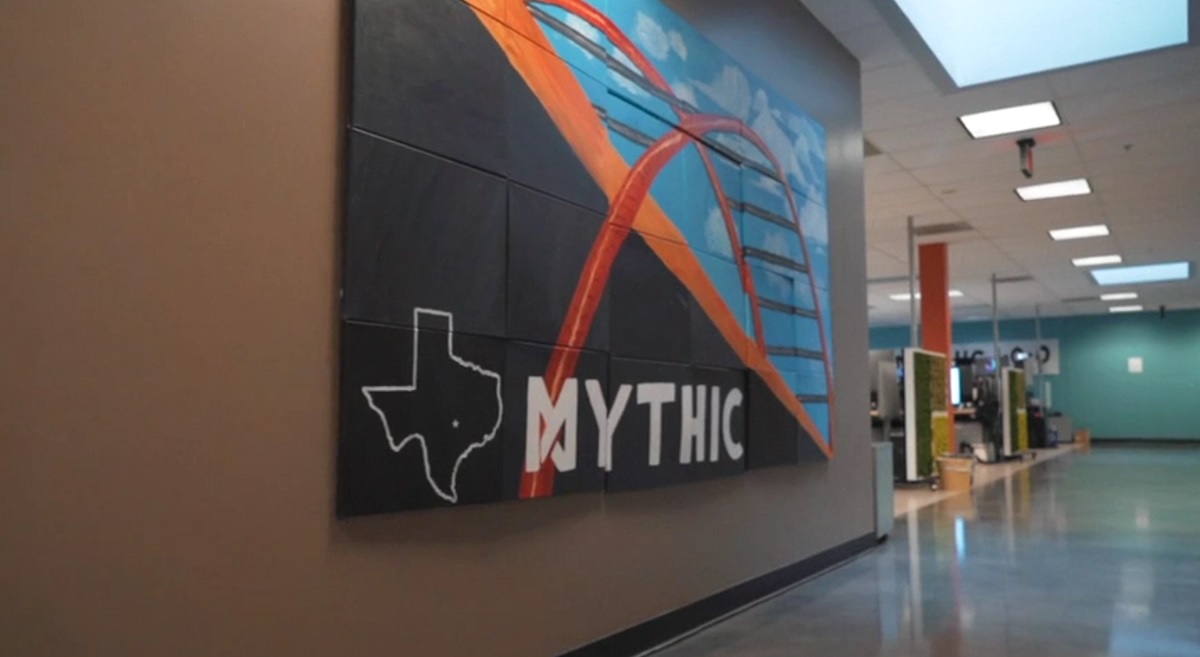 Above: Mythic is based in Redwood City, California and Austin, Texas.

Mythic Analog Compute Engine (Mythic ACETM) aims to deliver revolutionary power, cost, and performance for AI innovation at the edge. The Mythic Analog Matrix Processor (Mythic AMPTM) makes it much easier and more affordable to deploy powerful AI solutions from the datacenter to the edge device.

Henry said that the company has production silicon available, and he expects it will go to mass production by the end of the year.