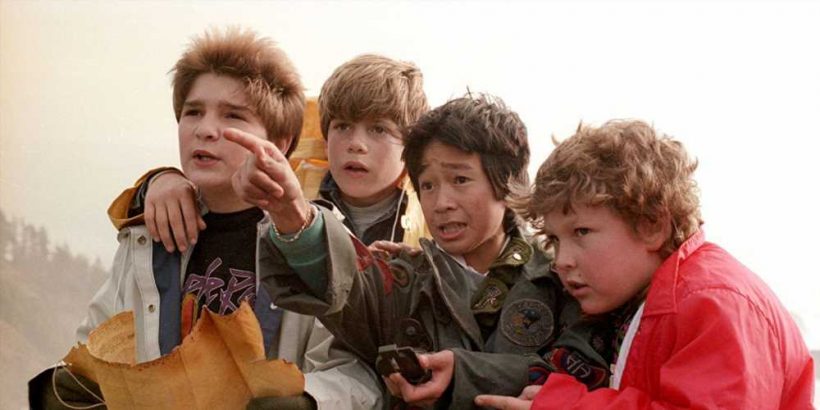 A MultiVersus dataminer has found references to potential characters from The Goonies within the game's files, implying that Sloth, Chunk, Mikey, or Data could make become fighters in the future.

As we know from previous leaks, MultiVersus has a ton of characters from across several Warner Bros. properties coming in the near future, like The Wicked Witch and Beetlejuice. Although voicelines make those two almost undeniable, there are other fighters that have smaller hints towards their inclusion, and we can now add some characters from The Goonies into that pile.

According to reliable MultiVersus insider multiversusie, a dataminer on the game's official Discord shared an image from within the game's files that seems to hint at content from The Goonies. The images shared from the dataminer show all of the game's "character universes", which basically represent the various different properties that fighters from the game come from. For example, the Looney Tunes string of data would contain fighters like Taz and Bugs, and the Rick and Morty string would feature, well, Rick and Morty.

Right at the bottom of data is a new folder that simply reads "Goonies", implying that characters from within that universe are going to be added to the game. It's worth noting that this doesn't necessarily mean that multiple characters from The Goonies might appear, as there's also a folder for Player First Games characters, of which there's only Reindog.

Strangely, there also doesn't seem to be a folder for The Wizard of Oz Or Beetlejuice, despite us knowing that The Wicked Witch and Beetlejuice himself are on the way. Whether they'd come under one folder for Warner Bros. movies or not isn't clear, but it's strange that they're not included in the character universes at all.

This is the first hint of any kind that characters from The Goonies might be coming to MultiVersus, so it's worth taking it with a pinch of salt as other fighters have had much more data attached to them before being announced. If it is real though, it's most likely to be someone like Sloth, who is one of the more iconic characters from the film.