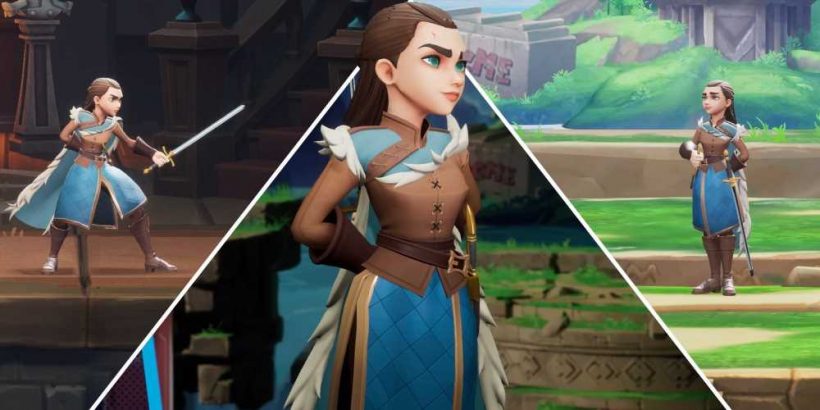 MultiVersus has more than a few characters who may have moves that remind you of other characters from other games. Sure, many of them are from the venerable Smash Bros. series, but then there is Arya who has just a touch of Mortal Kombat's Shang Tsung. That's right, people. We're shape-shifting up in here!

But worry not, Arya isn't just her face-stealing gimmick, she also has access to potent pokes, terrific teleporting tactics, and dashing dodge strikes. This is a character with a versatile toolkit and a half-dozen tricks up her sleeve. Which is tricky in itself, as she doesn't really have sleeves! 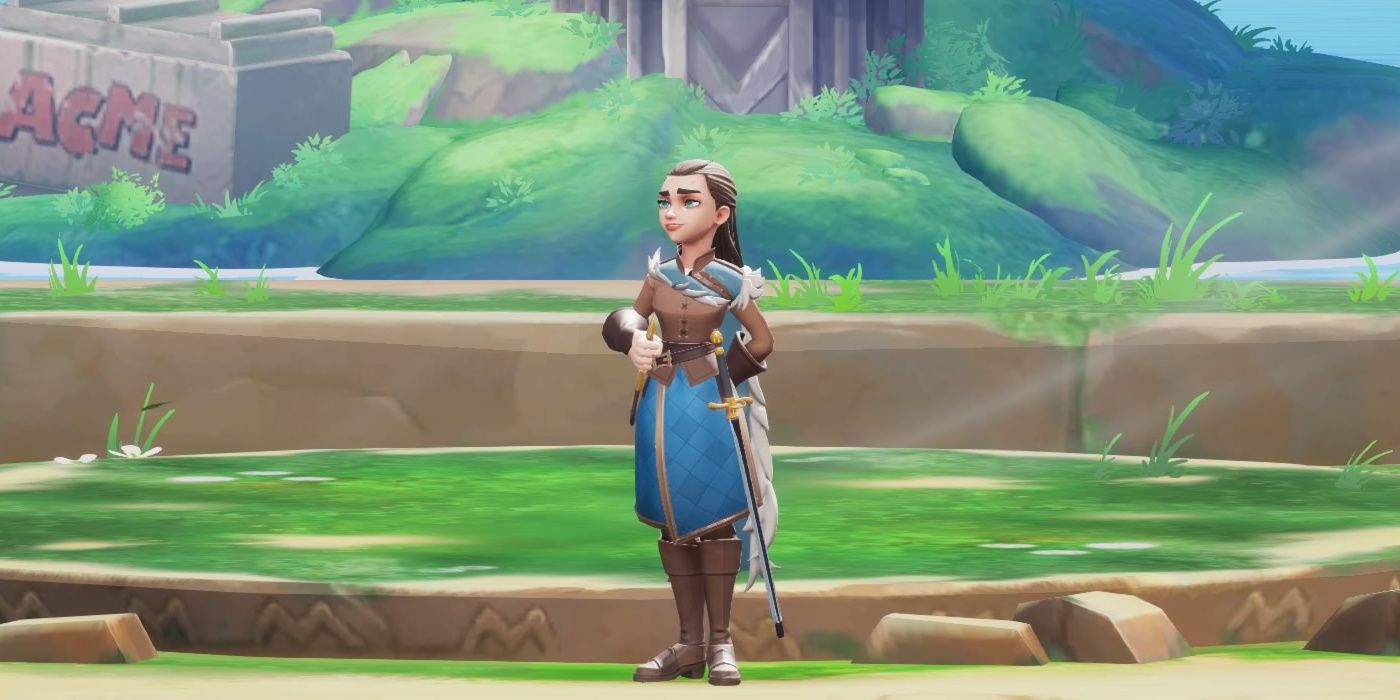 Arya is the most assassiny of all the assassin characters. Her hybrid classification is well-earned, as she can knock opponents out anywhere on the screen. However, she also has a whole host of passive abilities that make her even more potent. As an example, Arya deals more damage to an enemy's back. Which, you know, is very in line with her class.

She also gets the disorient buff whenever she dodges an opponent's attack. Additionally, when she takes out a foe, she spawns a pie that will heal allies and slow enemies. Lastly, she becomes enraged if her ally is kayoed. All this adds up to being a character that can be pretty deadly in 2v2, as back attacks are far from infrequent. That isn't even mentioning all of the other passive abilities that benefit the team, like the pie or the enraged. 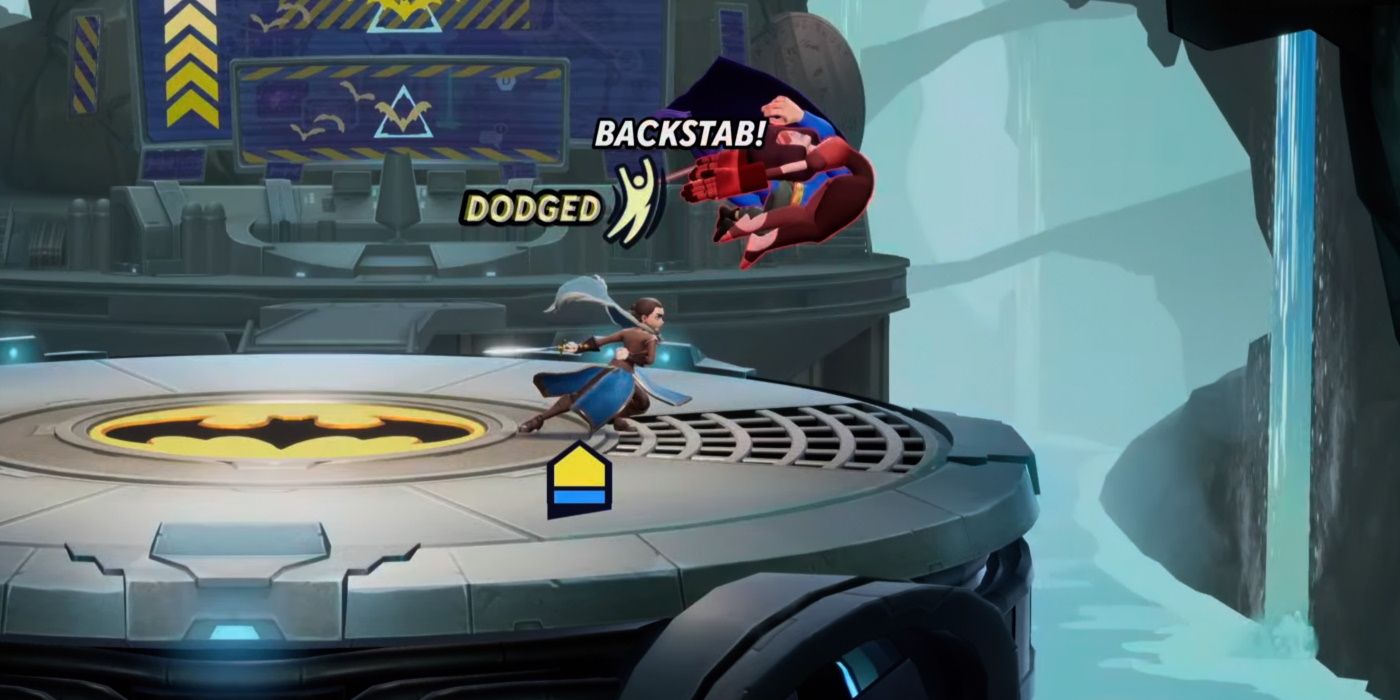 While Arya has the most passive abilities in the game, her gameplay is actually pretty straightforward. She is rewarded greatly for dodging, so that is one of the core tenets of playing Arya. Thankfully, her Rolling Slash is a dodge roll. This is an attack you will get a lot of mileage out of. However, it really is only good for skirmishing, and beating out air-to-ground attacks. It doesn't directly lead to a ton of damage.

What you are going to fish for is your Sharp Edges combo. But, after the first strike of Sharp Edges, you are going to hit them with your Upward Slash, then follow that with your Dagger Slash. Now, your dagger slash will take you into the air with your opponent. From here you can spike them back down to the ground with Stinger, or, if they are hurt, you can maybe even take them out at the top of the screen with a Whirling Stab. This is a great combo, and it is very easy to do. There is no jump canceling or anything like that, you also have plenty of time to input the attacks. 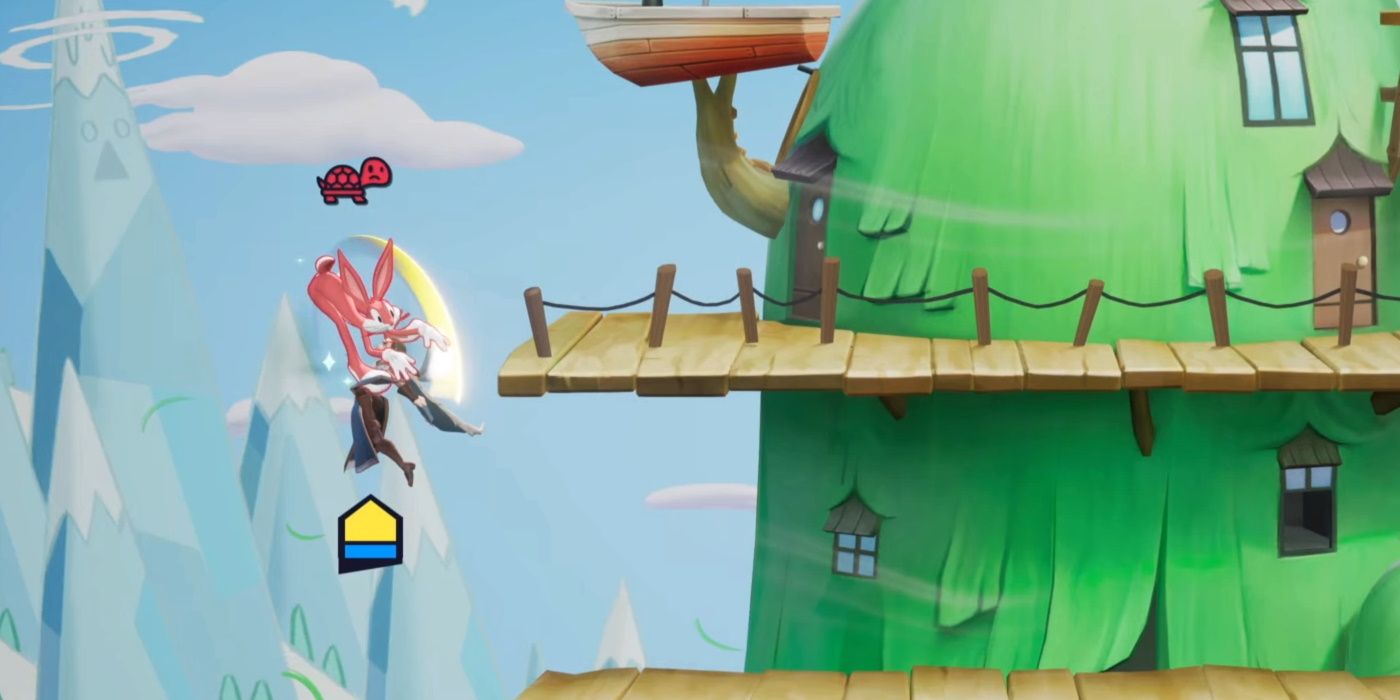 Now, about the dagger. If you manage to stick your opponent with the Knife-Thrower special, you may feel the urge to immediately zip to them and start comboing them. This isn't a bad strategy if they are severely hurt, or in a vulnerable position, but otherwise, you are far better off trying to get a combo in and knocking them away THEN following up and zipping to them. This will allow you to continue combos when you would otherwise be unable to do so.

Another thing worth noting, is if your dagger is in an enemy, you can follow up for cheesy kills if they decide to take to the air. Use your Dagger Slash and then follow it up with the Whirling Stab to knock 'em out at the top of the screen. This type of thing is why you want to constantly stick people with your dagger, it leads to scenarios where you can get low percentage kills. 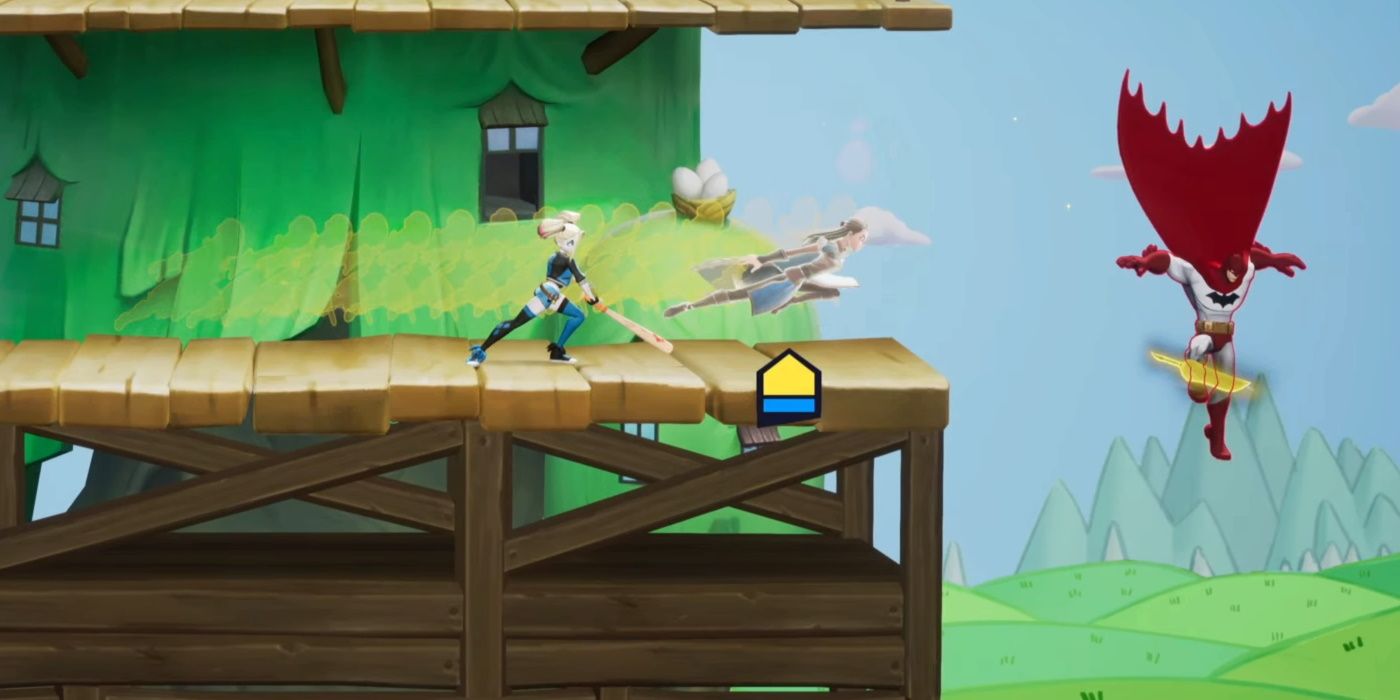 One last note about Arya: she has a great spike (her Stinger), a great up attack (both her Whirling Stab and her Dagger Slash), and her Knife-Thrower special (when her knife is in cooldown) is an excellent special for knocking opponents out to the side. All of these tools mean that Arya is very good at edge guarding. Heck, she can also throw her knife at an opponent trying to recover, zip to it, and take them out that way (which would also earn you style points.

The main thing you have to remember is that Arya is fierce, but she is also light and takes increased damage. So, make sure to make good use of those dodges; the last thing you want to do with Arya is square up and go shot for shot. 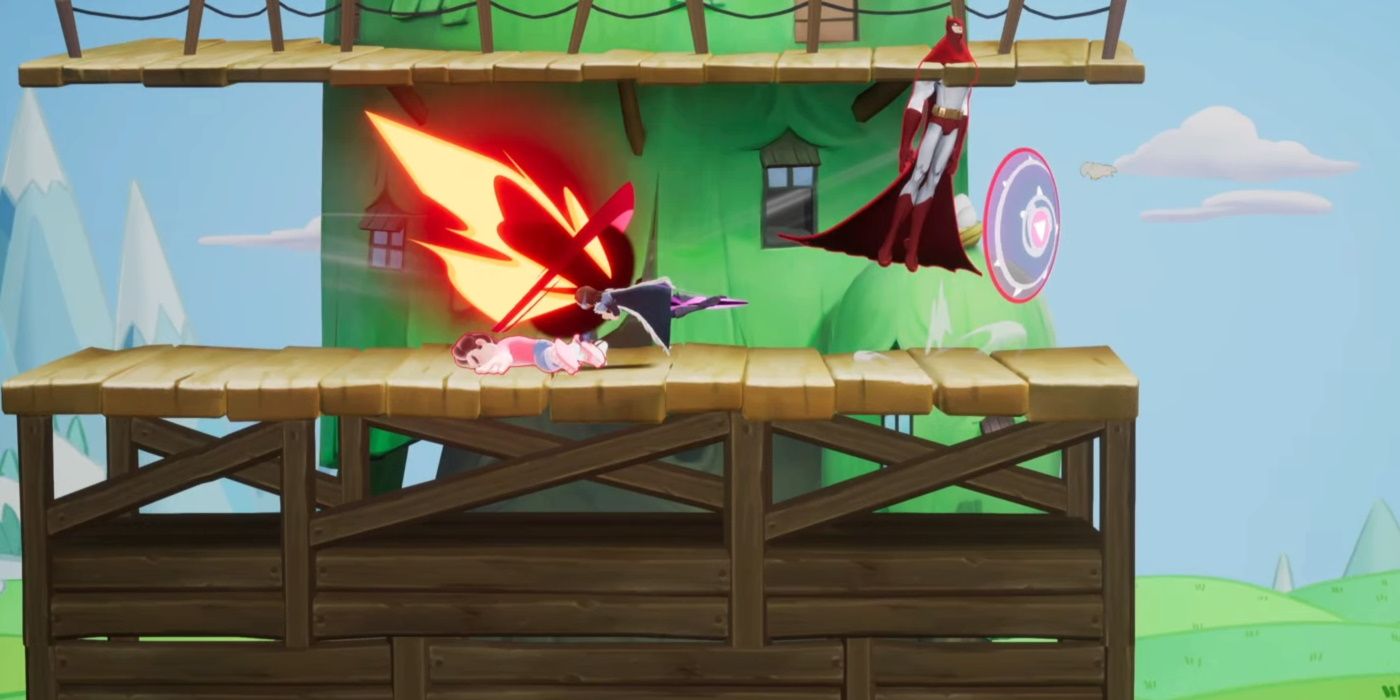 Arya is one of those characters who helps herself and inadvertently helps her partner. By killing an opponent, she drops a pie which will heal her partner. When using Blade-Sharpener to get some distance from her opponents and reset, she grants her partner the enraged buff. The only thing Arya can really do to actively assist her partner is to stick them with her Knife-Thrower attack, which will reduce their cooldown. However, unless her partner is someone like Velma, who can really use any cooldown reduction she can get, Arya is probably better using the knife to get cheeky kills with.

At the end of the day, where teamplay really factors into Arya's gameplay is that it gives her more access to more backs. If opponents are facing away from her, fighting her partner, it gives her the perfect opportunity to get some extra damage from her unique backstab passive ability. It turns out that partnership with Arya isn't so much about the destination, it is about the backs you stab along the way. 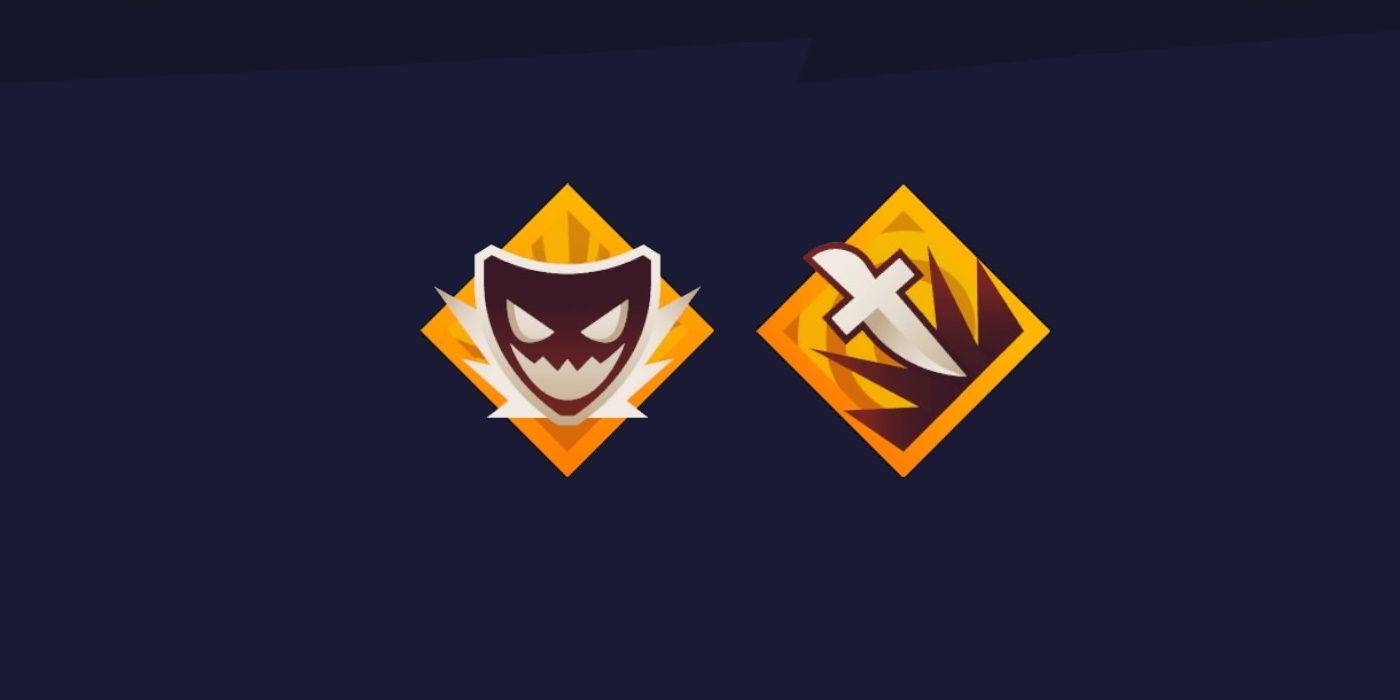 Arya's Signature Perks are interesting, but they aren't necessarily as game-changing as some other characters' Signature Perks are. Her Betrayal perk is nice, and will keep your team enraged more often. However, we do prefer using Arya's Dagger to go for cheesy kills, so this isn't the one we tend to fall back on. Trophy, on the other hand, just gives you someone's face for knocking them out. That isn't necessarily huge, but it does reward you for doing the thing you are going to do anyway, so it is a nice little perk.