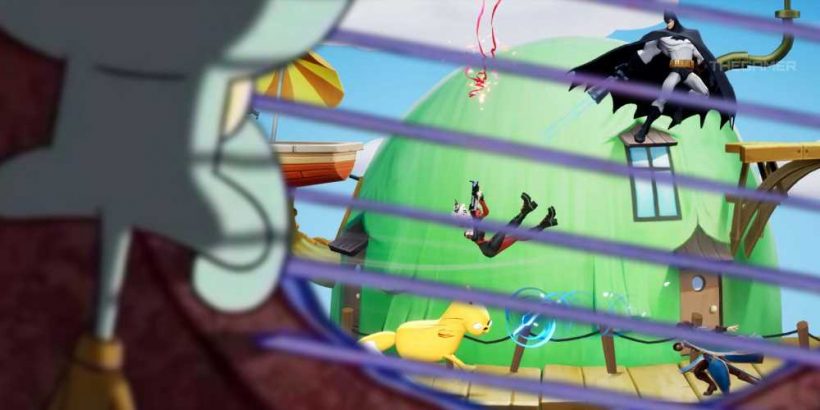 MultiVersus' latest patch comes with a slew of the usual balance tweaks and bug fixes, but among that is a new mode – Spectator. You can now watch custom matches with up to four friends and even spectate bot games to see "Which bot will win".

Game director Tony Huynh confirmed that the Spectator mode was coming two months ago when somebody on Twitter said, "I wish Mvs had lobbies like Ult where multiple people can join and spectate or wait in line. @Tony_Huynh You should make it more comfortable in the future". He responded, "Very soon for Spectate", and now, here it is.

Fans have been asking for it since launch, especially in custom games, to make competitive play more viable. Being able to spectate makes it easier to host tournaments as people can tag in and out rather than the host having to shuffle people in and out manually each time. And, if you're playing casually, you can take turns fighting and watch your friends get stomped on while you're not playing.

The patch notes also confirm that MultiVersus has "Plans to allow for more combo routes on Batman from his Jab combo," as well as plans "To add additional counterplay to the Jake's Air Down special and Skateboard combo." Neither are addressed in this patch, but both are things that MultiVersus is looking into for future updates.

To boot, it stated, "We're looking at pushing Morty more towards a Bruiser, but the changes could not get in for this patch. The goal is to have Morty have more of a combo-game, while reducing a bit of his projectile utility."

And then there's Black Adam. His bot's AI had a bug that caused him to ring himself out, essentially throwing games, but you won't be able to see this with the new Spectator mode as it has been patched out.