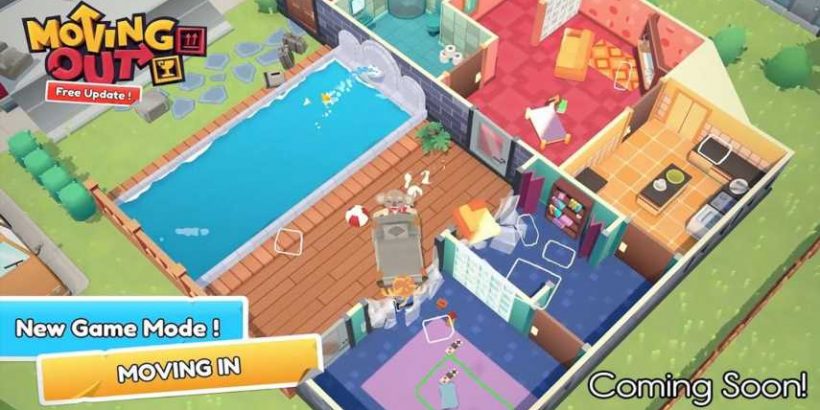 Players who have been enjoying Team 17’s Moving Out title will have a new reason to dive back in. A new free update called ‘Moving In’ will be coming to the game soon and will add a lot of neat features. This update is headed to both consoles and PC. The title is a tad confusing but should prove for more fun on the way.

So what exactly is the concept of the new update? Well, as the title suggests instead of moving furniture out, you will move it in across 12 levels that have this new inverted form of gameplay. These revamped levels are original ones already in the game. The new update is really going to give players a new way to engage with the game.

Other cool things coming with the update include new dance moves and new uniforms. The new dance moves headed to the game are The Prospector and Loveshack. Moving Out first made its debut back in April 2020 as a new couch co-op game where players play the movers and move people out of some weird and wacky settings. Some players may not have played this game in a while and it’s clear Team 17 wants them to pick it back up.

Sadly, no date yet for when ‘Moving In’ will be added to the game. Also, offering it for free is another sweet perk for players and fans of this adorable game. Since most of us are trapped in our homes due to COVID 19, Moving Out seems like just the kind of game we need.

Perhaps now is a good time as ever to get back into Moving Out, in anticipation of the new update. You can also check out another neat game from the publisher called Golf With Your Friends.