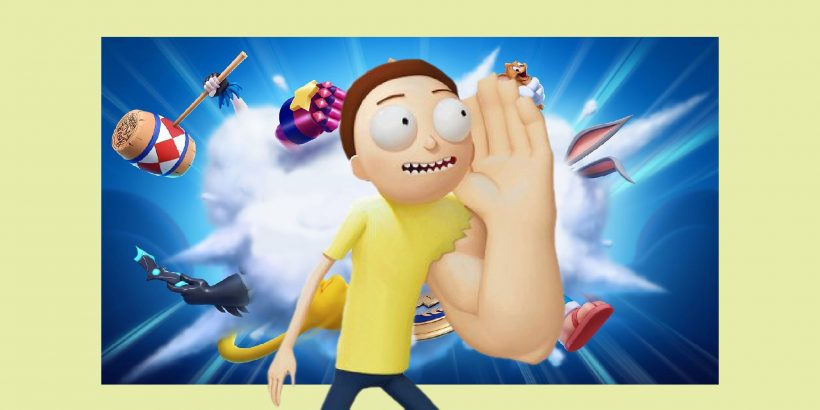 Gameplay of Morty's MultiVersus moveset has been leaked online and shows him using Hammerhead Morty, Armothy, and a Plumbus, among a bunch of other references to the show.

After having been revealed just before the game's launch, Morty finally joins MultiVersus later today. Despite that close release, we know literally nothing about Morty's moveset, as no gameplay of him has been revealed before his launch, and the developers only teasing a few of his potential abilities.

Although the update hasn't dropped as of the time of writing, MultiVersus dataminer AisulMV has managed to get Morty working in his version of the game, revealing his whole moveset and all of his unlockables. As you'd expect, a ton of his moves are just references to the show, including using Armothy for some of his melee attacks, what looks like the "fake gun" from the Season 3 premiere, calling upon Rick's spaceship as his recovery, and even using Hammerhead Morty for some of his swings. Guess he wasn't more than just a hammer.

The references don't stop there, however. Morty also uses Planetina's rings for some of his attacks, as well as wielding a Plumbus to… clean the floor with? Well, if nothing else, MultiVersus has given us essential Plumbus lore. Morty also seems to be able to use portals of his own, although the effect seems a little more limited than Rick's.

As for Morty's unlockable skins and taunts, there are only a few in the game as of now. The only unlockable skin for Morty for his launch is the President Morty skin, which sees him dressing like Evil Morty after he was elected president of the citadel. We also know from datamines that Morty will be getting a mech outfit, similar to Rick, although it won't be in the game just yet.

His taunts include taking out a carton of orange juice and chugging it, a reference to the Gazorpazorp episode, doing his dance from the Get Schwifty episode, and having Armothy make another appearance to taunt whoever is nearby.