The Eredrim shell will probably be the last shell you will pick up in Mortal Shell, but that doesn’t mean you should blow off this highly durable shell. Utilized correctly, this shell will make you an unstoppable tank.

Despite being held until the late game compared to the other three shells you find in Mortal Shell, Eredrim, the Venerable is perhaps one of the best to use for newer players. His durability comes maxed out, allowing you to take way more hits than any other shell, plus can even get more HP boosts through skills. On the downside, his stamina and resolve are both quite low, but there are ways you can work around these limitations.

After you pay the customary 500 Tar to Sester Genessa to view his stats and skills, you’ll get a good idea of what Eredrim is all about. That being the ability to deal a lot of damage and buff his own health. Unlike other tanks, Eredim’s skills allow him to dish out just as much punishment as he can take. He’s not a fancy or complex character, but satisfying all the same.

There are two skills that you want to decide between investing in first depending on how you want to build. Your first choice is Accretion of Endurance. This skill is a passive and gives you a huge 15% permanent buff to your max HP. If this shell interests you because of the high durability, and you’re still taking a few more hits than you should, this skill will keep you on your feet that much longer. It is the cheaper option as well, only costing 1,000 Tar and six Glimpses.

Second, or first if you prefer, would be Accretion of Resolve, which will allow you to start really stacking up your damage. How it works is every enemy you kill will add one “execution stack” to your character, with every tenth stack buffing your base attack damage by one. This maxes out at ten bonus damage per attack, and will be reset if you are ever separated from this shell, either by an enemy or you changing into another shell. While that may not seem like a lot of extra damage, if you manage to max it out it is roughly doubling your base weapon damage. It also also relatively cheap at 1,100 Tar and eight Glimpses.

Last is Accretion of Inheritance, which just gives you extra damage done when fighting any one on one enemy. While there are certainly groups and mobs you deal with in Mortal Shell, they are typically not much of a threat on an individual bases, while the real challenging foes come at you alone, which is where this buff shines. It is the most costly of the three listed, 2,500 Tar and 15 Glimpses, so should be saved to buy later on. 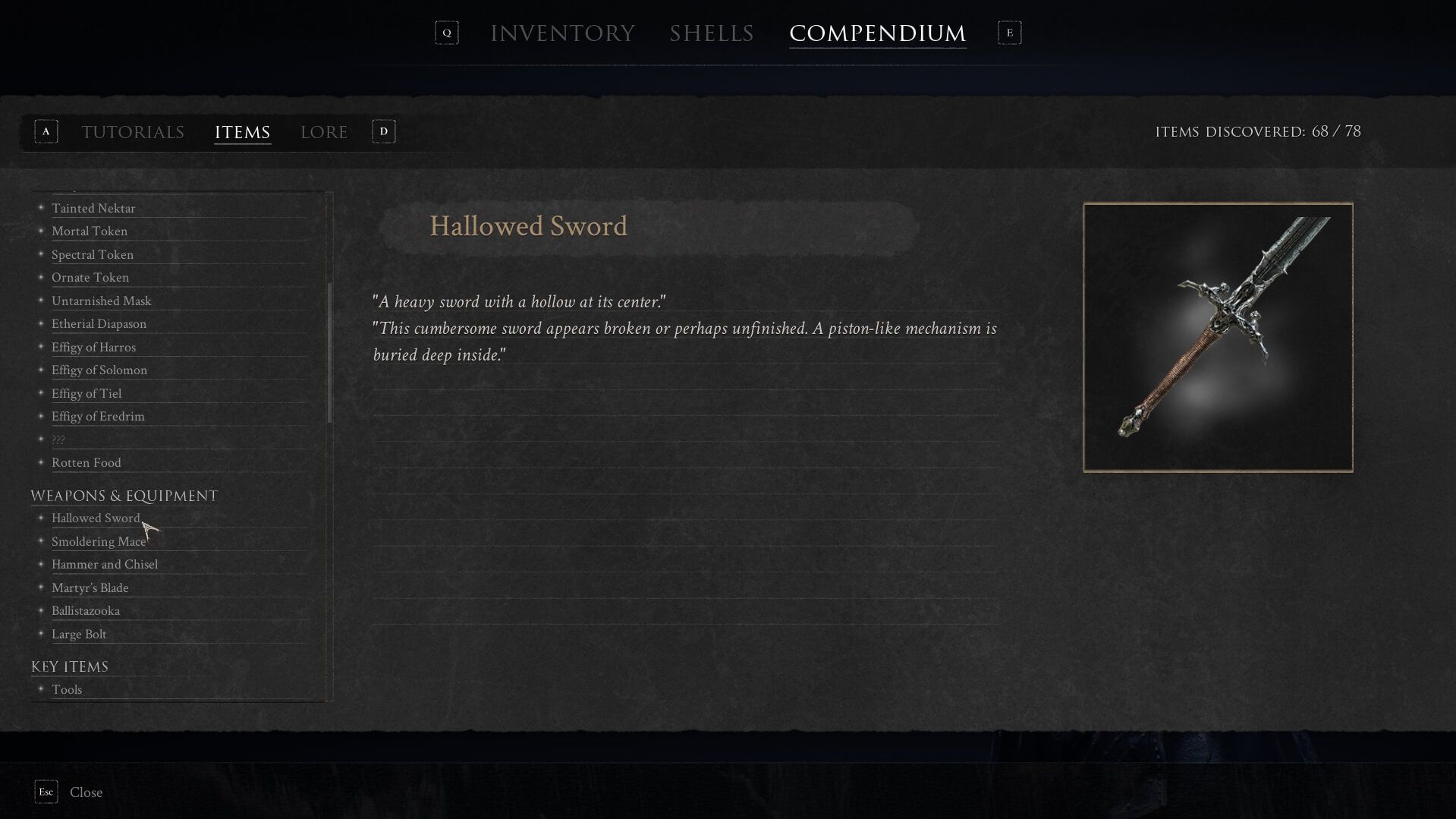 Since your stamina will be your limiting factor with this shell, choosing the right weapon is key. The best option would most likely be the Hallowed Sword. It has decent speed and isn’t a major stamina drain, while still dealing good damage. You could go with the Hammer and Chisel as well for even faster, less stamina consuming, attacks, but only if you’re confident with it enough to not be at risk of getting knocked out of your shell. This build is all about rewarding consistent play, so pick one of the two you feel you have the better grip on.

The last thing to consider when picking Eredim is that he doesn’t exactly scale well if you intend on running the game multiple times. If you go into NG+, and fully upgrade your weapons, his damage buffs won’t scale and end up becoming less useful. He’s great for that first playthrough, especially when you go up against bosses, but maybe not long term if that’s what you’re looking for.