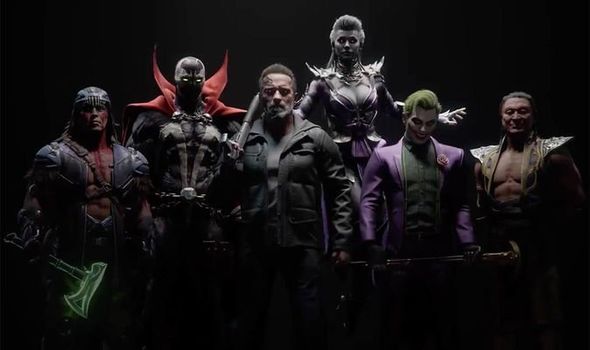 Mortal Kombat 11 players have today found the fighters that will be included in the Kombat Pack.

So far the first two of these DLC fighters – Shang Tsung and Nightwolf – have been released in Mortal Kombat 11.

There have been plenty of rumours surrounding what other characters could be coming to MK11, with Evil Dead’s Ash previously one of the rumoured additions.

And now NetherRealm has today officially revealed which new big name fighters will be coming to Mortal Kombat 11 and their release dates.

The new additions to the Mortal Kombat 11 roster will be the T-800 Terminator, Joker, Spawn and Sindel.

The next character coming to Mortal Kombat 11 will be the Terminator, with the T-800 arriving on October 8.

Next up will be Sindel who arrives on November 26 followed by the Joker on January 28 and then Spawn on March 17.

The official Mortal Kombat Twitter posted a trailer for the Kombat Pack roster alongside: “Earthrealm just got a whole lot more dangerous. #MK11”.

Save money on content for this game by purchasing the Season Pass. Content can be downloaded from the PlayStation®Store or in-game once it is released.

– Stay tuned to Express.co.uk for more gaming news and reviews