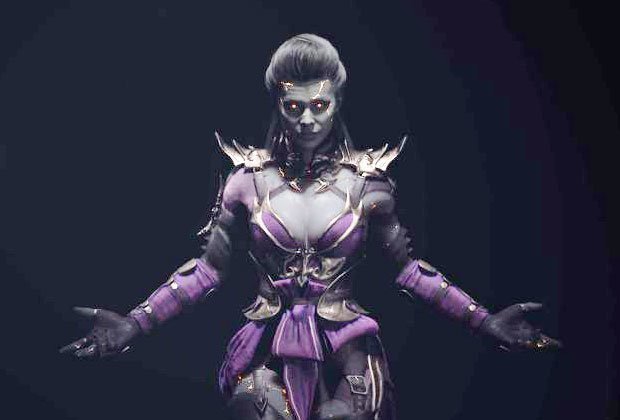 Now that the famous necromancer Shang Tsung been thrust into the game, players are baying for more content, more fighters, more blood in the latest release in the long-running fighting game series.

And developer NetherRealm Studios is keen to give players what they want.

Co-Creator of Mortal Kombat and creative director NetherRealm Ed Boon has tweeted out an image of one of the characters confirmed to be coming to the game as part of Kombat Pack 1: Sindel.

You can see the tweet below – and a slightly edited, brightened up version of the image above.

This follows on from a tweet Boon posted about Nightwolf a few weeks back – but we don’t know for sure who’s coming next.

Given that the first DLC character of Shang Tsung, was released Tuesday, June 18, we’re going to suggest that the game could release Nightwolf in or around the same date in July – back in the Injustice 2 days, the DLC release schedule was about one DLC character per 30 days. We imagine it’ll be similar this time around.

Regarding Nightwolf, Mortal Kombat lore states that any member of the character’s tribe can be chosen to be Nightwolf, so long as they are worthy, so this could be an interesting way to open up new skins for the Native American-inspired character.

Back in May, a dataminer on Reddit known as LeoNatan managed to examine the Nintendo Switch version of the game and found slots for the first nine DLC combatants – and so far, the leak checks out.

The leak predicted we’d see Shang Tsung, Nightwolf, Sindel and Spawn – and so far, these characters have been confirmed by Ed Boon and NetherRealm.

Other characters mentioned in this list include Joker, The Terminator, Ash Williams (all of whom are from Warner Bros. adjacent properties) and Fujin and Sheeva (who are Mortal Kombat veterans).

Now, a new leak seems to bolster these rumours, suggesting that at least Joker, The Terminator and Ash Williams will be coming to the game in the coming months.

You can read more about the Ash Williams, Joker and Terminator Mortal Kombat 11 rumours at the link.