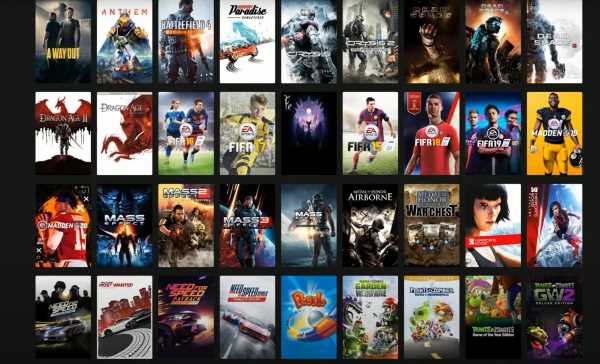 If you subscribe to Xbox Game Pass for the PC and have been looking for something new to play, look no longer: EA Play is bringing more than 60 PC games to the Game Pass for PC and Game Pass Ultimate services beginning on Thursday.

EA Play arrived on console last year, and since then Xbox One and Series S/X gamers have been able to choose from a number of different games, including FIFA 20,  Madden, Titanfall, the Battlefield series, and more. Now those games are coming to the PC, along with the new Star Wars: Squadrons.

Microsoft and EA were originally supposed to launch the EA Play/Game Pass offering in December, but the rollout was postponed because Microsoft said that it needed more time to deliver a great experience.

There is a slight catch with the rollout: While you can manage and begin downloading games via the Xbox app for PC, you’ll need to also download the EA Play launcher app (now in beta) as well. That’s pretty typical for game stores like Epic and GOG, and Microsoft has provided a video walkthrough (below).

But no, you’re not quite done—in the EA Play app, you’ll need to make sure that you have an EA Play account, and that EA Play account is linked to your Xbox account. After you’ve jumped through all of those hoops, you’ll be ready to play. Fortunately, you’ll simply be able to simply click on the installed game in the future to launch it, Microsoft says.

The EA Play app will also deliver a few additional goodies: 10 percent savings on purchases of EA digital content, and ten-hour trial access to full versions of select new releases, EA said. It will also add tools to help you manage how you and your family members play, including the ability to track time spent in your games and conduct microtransactions. Finally, Microsoft itself will offer rewards each month from your EA games, such as Gold Team Fantasy MUT packs and an EA Play Celebration Pack for Madden 21.

Microsoft and EA said that the new EA Play for PC will go live on Thursday at 2 PM PT.

Updated at 9:46 AM with additional detail.