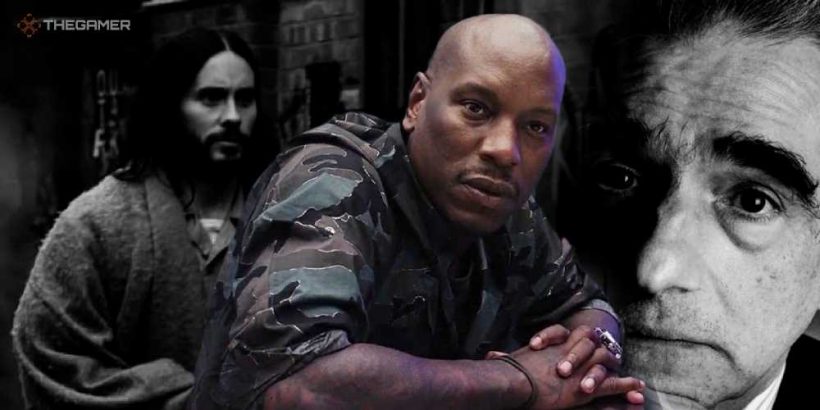 Two movies hit the big screen last week. Sonic the Hedgehog 2, which despite not yet arriving in North America has already clocked up some impressive numbers at the box office, and Morbius. Morbius has also generated some good box office numbers, news that might surprise some of you reading this as the reviews for the new Marvel movie have been pretty scathing. Its Rotten Tomatoes score was 20 percent last week and that only appears to be dropping as time passes.

With so many bad reviews for Morbius flying around, those starring in the movie are likely looking for and clinging to any positive reactions after seeing it. That might explain why Tyrese Gibson, who plays Agent Simon Stroud in the movie, likely leaped out of his chair when he saw Martin Scorsese absolutely loved Morbius. One of history's greatest directors, finally won over by a superhero movie.

The trouble is, as the majority of those who have seen the Scorsese quote will have clocked almost immediately, it's a fake. “This is the truest height of cinema and even I cannot top it. A wise man admits when he is wrong and I was wrong, I apologize to all comic book movies,” the fake quote reads. Scorsese has previously been outspoken about his dislike for Marvel's present day Hollywood dominance, and no, Morbius has not changed his mind.

Well, it might have done, but that seems unlikely. Plus, if it has, he hasn't declared that publicly yet. “Cheers and hats off to you Daniel Espinosa this is so amazing King! This is the KING of KINGS of cinema Martin Scorsese,” Gibson wrote on Instagram in a post that has unsurprisingly been taken down. Not quick enough to avoid a flurry of screenshots, however, and Gibson's mistake lives on despite him attempting to erase his slip up.

Even before Morbius hit cinemas last week, the warning signs were there. The aforementioned director Espinosa started inexplicably revealing spoilers in interviews before anyone had even seen the movie, and its credits scene has been described as the worst ever. People are definitely going to see it though, despite the slew of people claiming to be watching it alone in empty theaters. It has the Marvel brand attached to it, so it's bound to enjoy a certain degree of success whether Scorsese likes it or not.