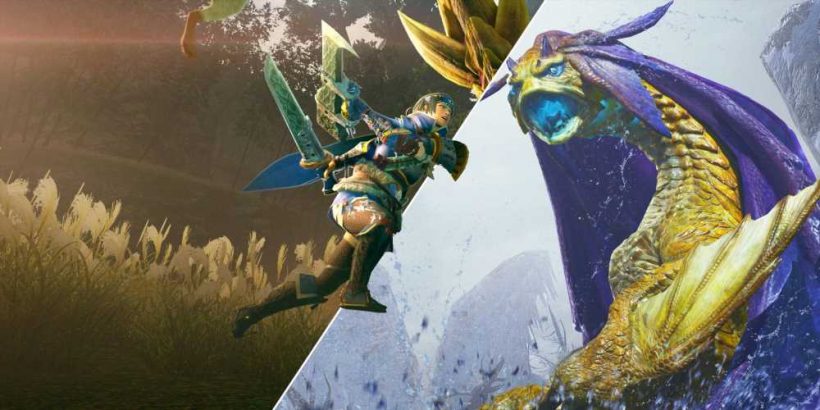 Monster Hunter Rise is unquestionably a marvel. How they managed to cram, what amounts to being, an alternate version of Monster Hunter World on the Switch is genuinely difficult to comprehend. At a glance, it looks great too. It also feels pretty solid, though some of that is almost certainly helped by the general sense of heft that the Monster Hunter characters have always had associated with them.

But despite how good the Switch version is, it is a game that is constrained by outdated hardware. Unsurprisingly, then, the PC version is able to take what already worked so well and crank every element up to 11. The PC version of Monster Hunter Rise is unquestionably the definitive version. There are, of course, the natural advantages of moving onto the better hardware, but Capcom also included a flourish or two that shows that this is more than just a basic port job. 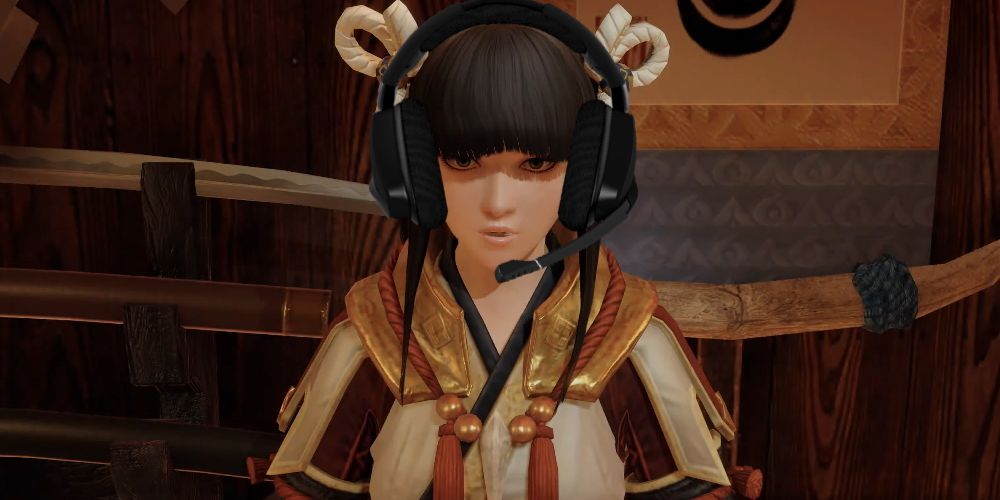 One of the inconveniences of the Switch version of Monster Hunter Rise is that you don't have a native voice chat option. Thankfully, Capcom understood that not including voice chat in the PC version wouldn't make a lick of sense.

So yes, you are able to speak to your friends over voice chat in the PC version of the game. Of course, Discord was always going to be an option, so this may not be a huge deal, but the game is better for having voice chat. A win is a win. 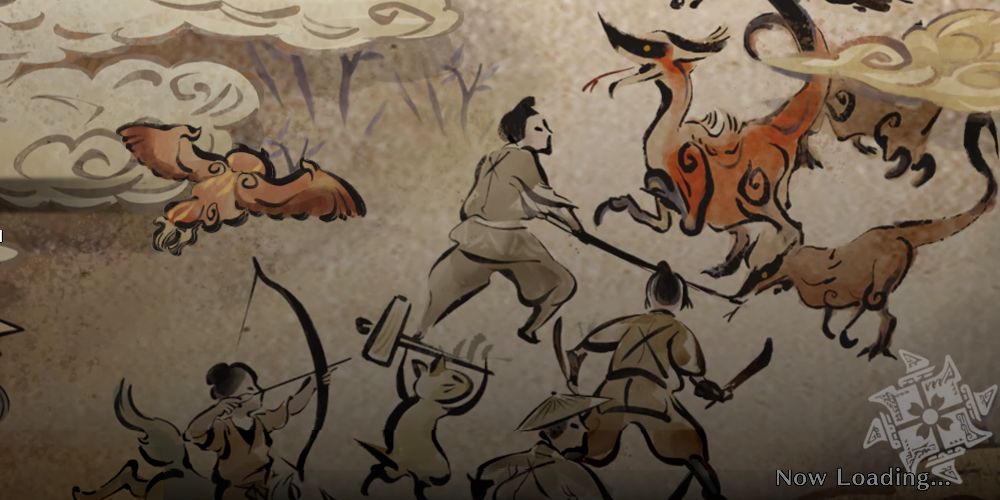 Another inevitability, but with the PC, depending on whether you have a solid-state hard drive or not, you can see the load times quartered here, easily. This isn't to say that the original Monster Hunter Rise had terrible load times on the Switch, of course. The original version was actually pretty snappy.

However, the load times with an SSD are over in the blink of an eye. This isn't news for people who have been gaming with SSDs for a while now, but even a slow SSD is going to give you a huge advantage over the Switch version. 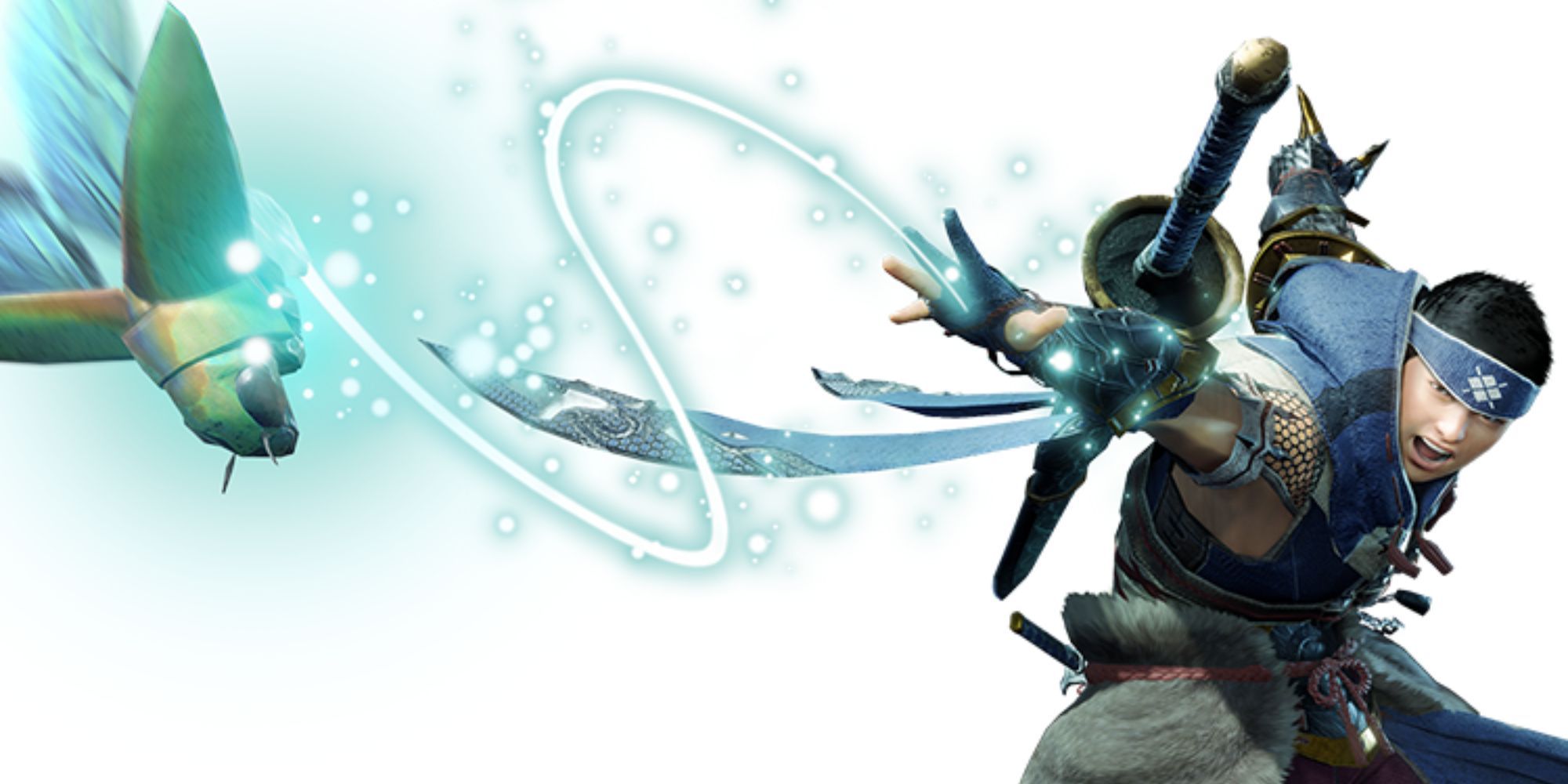 This feels like a given, but the PC version allows for a variety of control methods, including a mouse and keyboard option. It all works well enough and, of course, PC users are given the ability to customize the controls to their liking. Monster Hunter Rise was built around the controller, but for the mouse and keyboard enthusiasts of the world, this may be right up their alley.

It is also noteworthy that Rise comes locked and loaded with controller support for all the flagship controllers (which does mean that people who originally played the game on the Switch can keep using their Pro controller). There have been a few minor bugs with the Xbox and Switch Pro, but they are due to be patched out in the near future.

5 All That And A Bag Of Chips 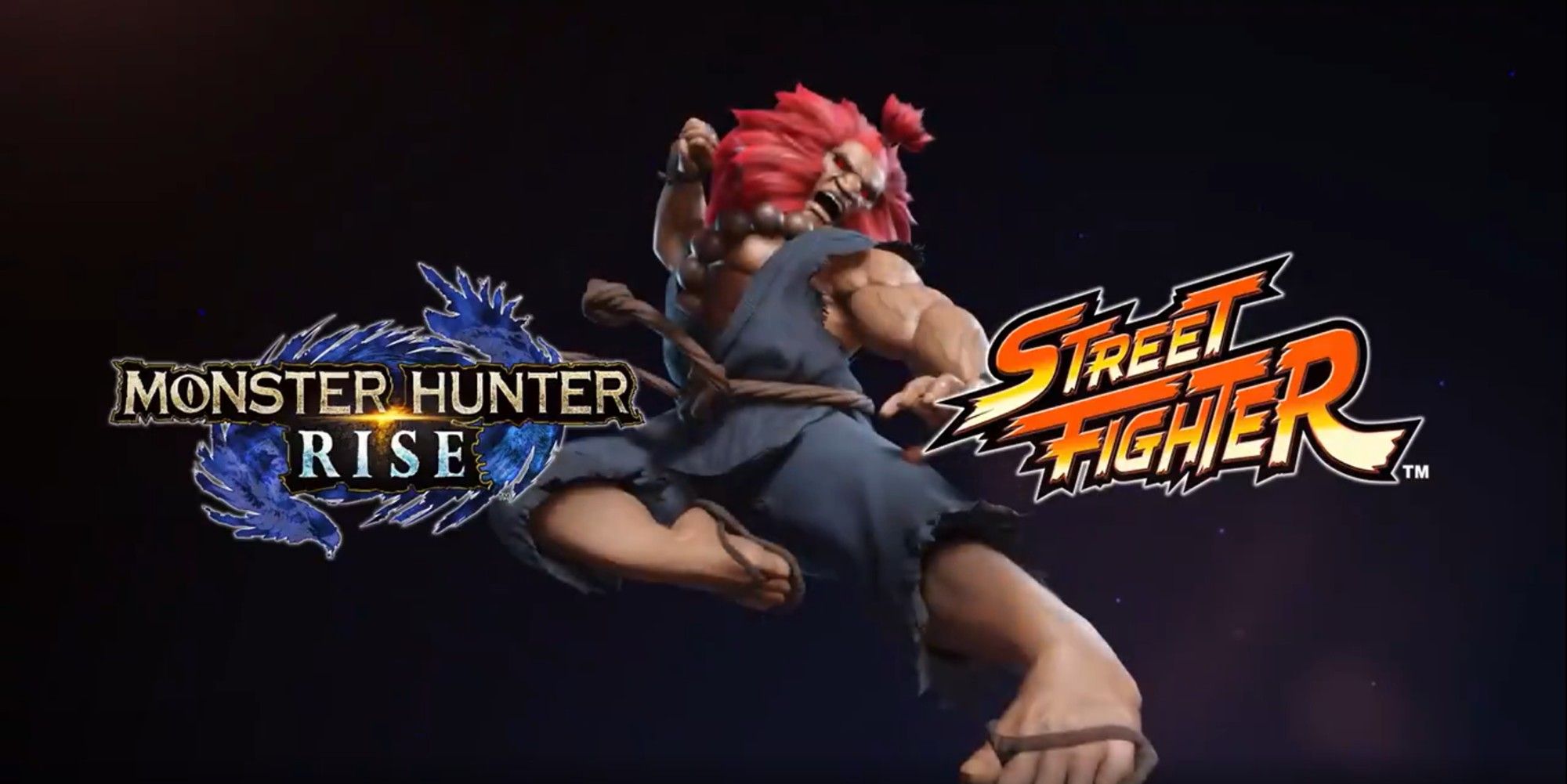 While the Switch version of Rise has been receiving a steady feed of little updates, the PC users aren't going to have to play the waiting game (which, as a game, has always been inferior to Hungry Hungry Hippos). Right off the bat, all the content released for the Switch version will be available for the PC version. Wanna dress up like Street Fighter's Akuma? You're covered. How about having your Palamute rock Rush's duds? Done and done!

The original title wasn't light on content, but the PC version is an undeniably richer experience out of the gate. This is perfect, as both versions will be aligned for when the Sunbreak DLC releases.

4 I Can’t Believe It's Not Butter 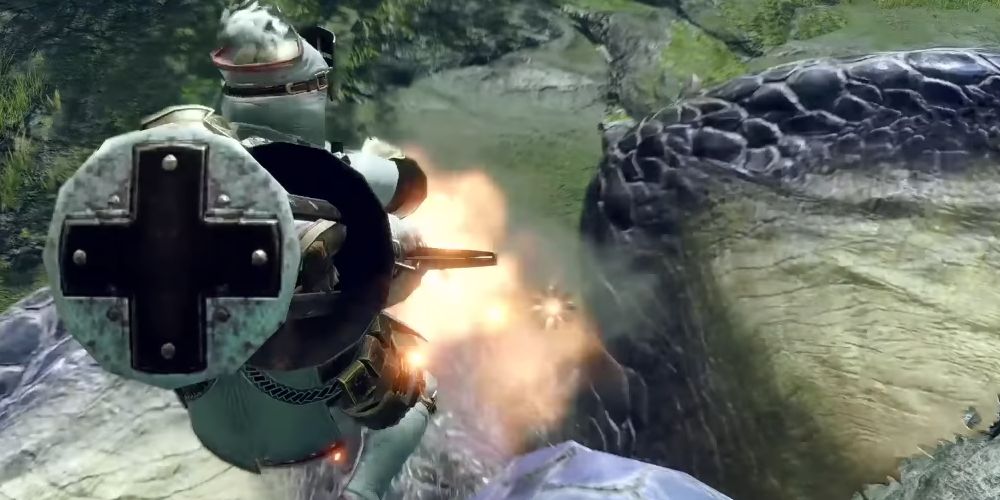 Monster Hunter Rise is a beautiful game on the Switch, and it is pure magic that Capcom got the game running on the hardware as well as it does, but all things come at a cost. The Nintendo Switch version of Monster Hunter Rise runs at a pretty solid thirty frames per second (it doesn't dip below that too often).

The PC version, on the other hand, has a completely uncapped frame rate (at least as an option) which means that most reasonably decent rigs will likely quadruple the Switch version's frame rate. With those improvements, the game is buttery smooth. 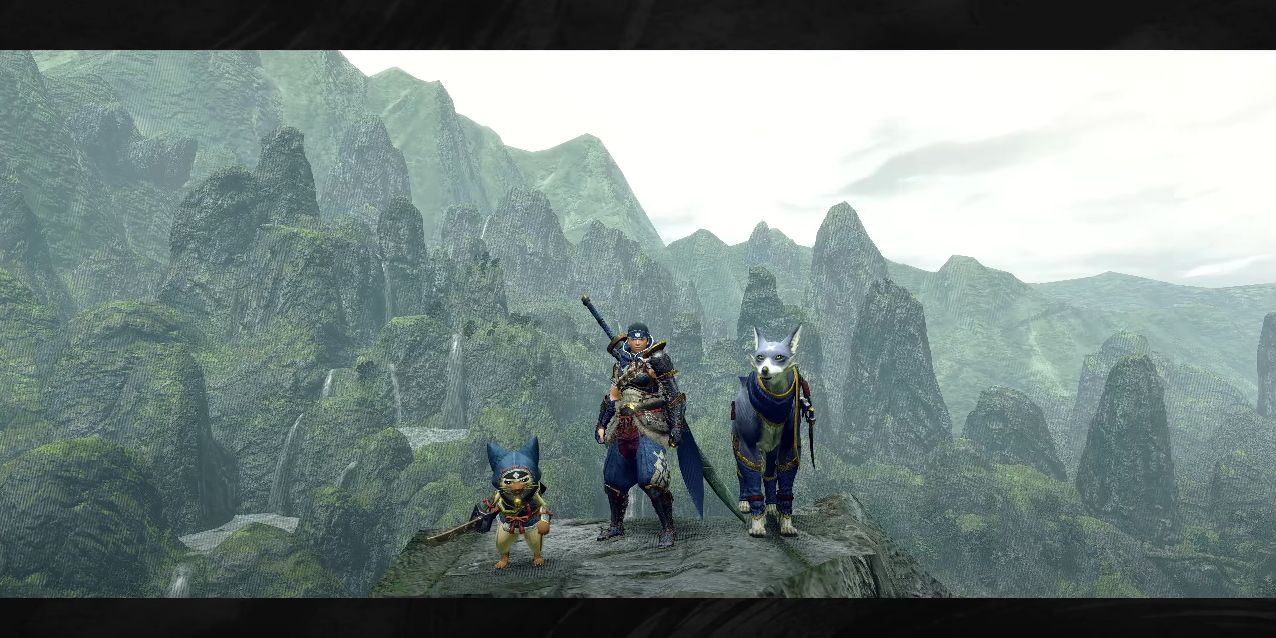 One consistent issue with Monster Hunter games is how, in the heat of battle, you can absolutely be blindsided by enemies in the surrounding area. However, the PC version of Monster Hunter Rise gives you a new tool to help you mitigate this problem: the widescreen mode.

The widescreen mode doesn't just help make the game look better, as more of the luscious scenery fills up your screen, but it actually imparts a gameplay advantage as well, as you will be able to keep track of your enemies better. In general, playing Monster Hunter Rise this way just feels like a superior experience. 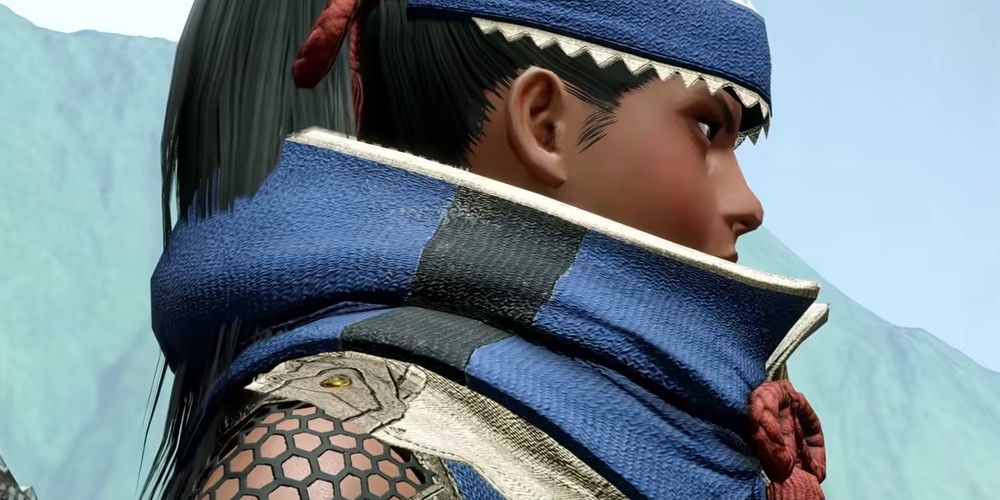 Higher resolution textures are available on the PC version. It can also run at 4K with HDR. Better yet, Monster Hunter Rise is not particularly demanding, so even mid-tier PC builds will see giant improvements over the Switch version.

As an example, we ran the game on a mid-tier laptop on medium settings and the game looked substantially better (while also having a better frame rate). All the typical toggles you would expect are available; so, if you want to squeeze a little more out of the game, you can make smart sacrifices and do so. 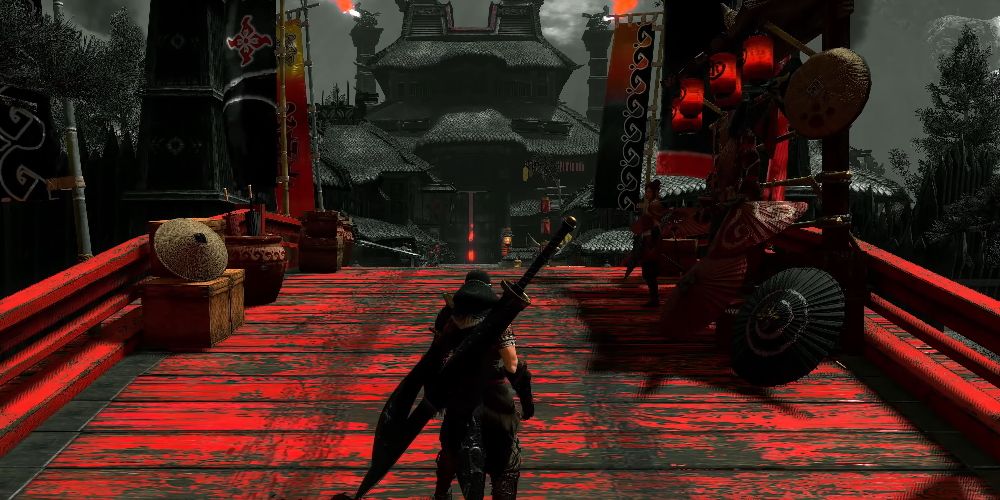 Capcom went all-out and introduced a beefy suite of filters and options that allow you to play the game with your own desired aesthetic. Everything from sepia, to black and white, to a film grain filter is included. The cinema-style mode has a lot in common with the Kurosawa Mode found in Ghost of Tsushima, as it also changes the audio to better emulate what you would hear in a classic film.

Warring Lands-Style is another unique flourish, as it emphasizes the colors black and red, while desaturating everything else a smidge or two, leading to a really striking aesthetic. Obviously, this is all very superfluous, but it is a novel touch nonetheless.